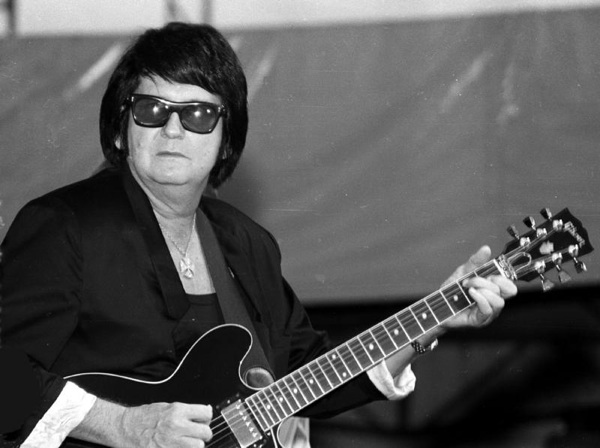 As you probably guessed by now, we’re talking about legendary songs in this issue. From a guitar player’s perspective, I’d like to select a few well-known songs in which the guitar playing is especially memorable and is an integral part of the song. There are three main ways in which a guitar part can help elevate a song to legendary status. Sometimes it’s a signature lick that recurs throughout the song that makes it unique. Sometimes it might be a great guitar intro. Sometimes it’s an unexpected chord change. There’s also a fourth way – the guitar instrumental. But those songs seem to have gone by the wayside in recent years. In the ‘50s and ‘60s, the charts were full of guitar instrumental records. I miss those days.

Let’s talk about famous signature licks. Now remember, the signature lick might also be the intro, but a signature lick repeats many times, often right through the verse. One of the classics is Roy Orbison’s “Pretty Woman.” The notes E, G#, B, D and F# are an arpeggiated E9 chord. The first two times, you hear only the first four notes that make an E7 arpeggio. Then you hear the whole thing, which is a pretty cool trick. Is it important to know it’s an E9 arpeggio? Nah. I’ve been playing this song for 40 years, and it just now occurred to me. The verses are in the key of A and the bridge is in C, another thing that makes this song unique. There are lots of bars on the signature lick that build up the suspense and tension leading to the final A chord. Can you imagine “Pretty Woman” without that guitar part? It’s hard to do.

Keith Richards’ fuzz-tone guitar lick in “Satisfaction” is another classic. That three-note motif continues almost all the way through the song. If someone sang the wrong words to that song, I probably wouldn’t notice, but if they didn’t play that guitar lick, it just wouldn’t sound right. The Beatles’ “Day Tripper” uses almost the same notes as “Pretty Woman” in the signature guitar lick. I wonder if they were thinking about that when they wrote it? The rhythm of the notes is different, so it’s not a direct “steal.” Other great examples of signature licks would be “Susie Q,” “Smoke On The Water” “Seven Nation Army” “Sweet Child O’ Mine,” “Sunshine Of Your Love,” “Smells Like Teen Spirit,” “Whole Lotta Love,” “Layla,” and “You Really Got Me.” A lot of these songs actually started from the guitar riff and the songs were built around it. So if you have a great signature lick, you’re on the way to a great song. Maybe.

As prominent as guitar is in country music, there aren’t too many legendary signature lick songs, but there are lots of great guitar intros. Bobby Bare’s “Detroit City” and Brent Mason’s intro on “Chattahoochee” by Alan Jackson are good examples. Merle Haggard’s “Mama Tried” is a classic. The intro to “Folsom Prison Blues” by Johnny Cash is another good one. In the genre we used to call “soul music,” which is now called old school R&B, Steve Cropper’s intro to Sam & Dave’s “Soul Man” is the epitome of a classic guitar intro. Reggie Young is a veritable encyclopedia of unforgettable guitar intros, having played the intros to “Son Of A Preacher Man,” “Drift Away,” “I Can Help,” and “Suspicious Minds,” among many others.

To my mind, Ed King’s intro to Lynyrd Skynyrd’s “Sweet Home Alabama” is a masterpiece, as is his solo. Nobody plays like Ed King. There is nothing derivative about his playing, which amazes me. When it comes to great guitar intros, you have to include Jimi Hendrix’s “Purple Haze” and “Little Wing” among others, and Billy Gibbons’ “La Grange.” I know I’m leaving out a lot of great ones, but I could go on forever with this guitar intro thing.

When I wrote for a prominent Nashville publisher in the early ‘90s, he used to talk about something he called the “money chord.” Let’s call him Chuck. What he meant by the money chord is this: Sometimes an unexpected chord change can be the difference between a good song and a great song. Of course, as a publisher, his definition of a great song was “one that makes money.” His opinion was, “You give ‘em something that’s 90 percent familiar and 10 percent unfamiliar.” He always noticed chords that were not the usual I, ii, iii, IV, V, V7 or vi chords. A great example would be Lennon and McCartney’s “I Want To Hold Your Hand.” The song is in the key of G. The usual chords in that key would be G, Am, Bm, C, D, D7, and Em and their variations. The most common “next-door-neighbor” chords in G would be F and A7 (frequent guests in the house of G). The chords in the verse are G, D, Em, B7 …what? You don’t often see a B7 in the key of G, and when you do, it usually leads to an E or Em. In this case, it leads to a C chord. Sure, it’s been done before, but did they know that when they wrote the song? Chuck would have called the B7 the “money chord” in that song. In the classic rock song “Louie Louie” (in the key of A) there are only three chords: A, D and Em. E minor is a V minor chord. Very unusual. That minor chord set “Louie Louie” apart from all the other three-chord rock songs of the day. I could go on, but you get the picture. When you think about classic songs, chances are the guitarist had something to do with it. 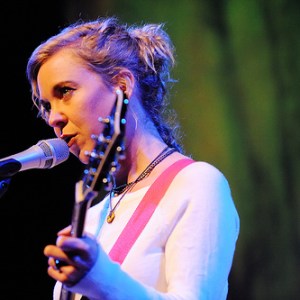 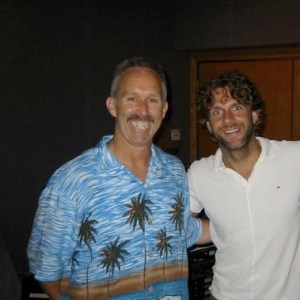