The Grammy-winner behind songs by artists as varied as Kanye West, Taylor Swift, the Rolling Stones, Beyonce, and Fun. spills his secrets

Jeff Bhasker was somewhere in Salt Lake City trying to come up with a song. “I was with Pink and Nate Ruess from Fun., who had a day off from his tour. We got together just to see what would happen,” he remembers from his Los Angeles-area studio. “I started playing something on the piano, Nate started singing along to it, and Pink was typing away on her iPad.” Bhasker said it was a “hyper group effort,” the result of which found its way onto Pink’s album The Truth About Love and turned into the smash hit single “Just Give Me a Reason,” the latest in a string of countless worldwide hits Bhasker has accumulated over the years. “It’s really easy writing with Nate because all we do is react to each other,” he explains.

Whatever process Bhasker and Ruess has, it seems to be working; their first collaboration was the generation-defining track “We Are Young,” a single from Fun.’s album Some Nights which Bhasker wrote and produced. This past February, that song wound up winning the Grammy for Song of the Year, a feat Bhasker had barely even dreamed of.  “Man, I never thought I’d reach this level,” he said. “I just started as a keyboard player… if I started making any kind of living making music, I would have been happy.” He’s making a living, for sure; Bhasker’s career has been full of both jaw-dropping variety and success. He’s either written or produced (or both) songs for Alicia Keyes (“Girl On Fire,” “Try Sleeping With a Broken Heart”), Drake (“Find Your Love”), and many other of the most iconic artists of our time, making Bhasker one of the most in-demand personalities in the music industry today.

Born and raised in New Mexico, Bhasker attended Boston’s prestigious Berklee College of Music. After leaving school, he was “just playing keyboard in gigs around Boston, like at weddings,” he recalls. After a stint with ’70s-era band Tavares, he decided to relocate to New York seeking more gigs, and arrived on September 11th, 2001. Following that shocking introduction, he toured around in a jam band called Lettuce with some friends hoping to get noticed. “Once I got to New York, I got more into writing songs and recording my own voice” he remembers, and one of his very first productions was for a successful indie artist named Goapele. That gig led Bhasker to his first mainstream act, the rapper The Game. “Goapele’s brother was her manager, and I sent him this super hardcore gangster beat as a joke. He wound up liking it and played it for the A&R guy for The Game, Mike Lynn.”

That beat, which later turned into the title track for The Game’s 2005 album The Documentary was Bhasker’s very first placement, and it was around this time that he met a fledgling young artist named Bruno Mars, starting a friendship that continues to be fruitful. Currently around the world, “Just Give Me a Reason” is competing with Mars’ “Locked Out Of Heaven,” a smash track from his sophomore effort Unorthodox Jukebox, which Bhasker also had a hand in writing and producing. “That song came in the middle of the process of putting together the album,” he explains of the hit’s roots. “We were just having a jam session, tracking some things, and Bruno started playing this groove and making up something on the spot; we all thought it was pretty good. We wound up working a long time on that, trying to get it just right.”

It was during these early days when Bhasker was learning many of the tricks he employs to this day. “The first time I met Bruno, Mike Lynn put us together as an experiment and we kind of honed our songwriting craft together” explained Bhasker, noting that veteran songwriter and teacher Steve Lindsey showed him and Mars the ins and outs of writing pop music. “He’d mentor us, and kind of give us lectures as to what a hit pop song is, because you can have talent and music ability, but understanding what makes a hit pop song is a whole other discipline.” One key rule Bhasker follows is to keep things positive: “The trick is to put your emotion into it while keeping it upbeat. My first hit was Alicia Keys’ “Try Sleeping With a Broken Heart,” and it’s a sad song but the chorus says “Tonight I’m gonna find a way to make it without you,” so it’s little things like that. Music and pop songs should have a positive message; there’s a power in music to heal people and give them a good feeling. From the greatest songs like “Let It Be” or “Imagine” or “Man in the Mirror,” it’s always about spinning something in a positive way. That’s been an important thing for me.”

Perhaps it’s that positivity that made his numerous collaborations with Kanye West break new ground, a partnership that first began after becoming his keyboardist on tour while still trying to write for other artists. With Kanye, Bhasker was the creative force behind many of his tracks between 2008 and 2011, including “Love Lockdown,” “Run This Town” with Rihanna and Jay-Z, “Runaway” with Pusha T, “All of the Lights,” “Already Home” with Kid Cudi, and “Power,” just to name a few. “I got so much out of working with Kayne,” he said. “He’s always the smartest person in the room, and is always collaborating, asking questions, and getting everyone’s opinion. He gets the best out of people; working with him taught me a lot. A lot of these artist I’ve worked with, it seems like a dream come true on a fan level but I try to remember that we’re all just people who love music. These artists put in a lot of passion over the years to keep on dedicating themselves to the craft, and that’s true of anyone from Kanye West to the Rolling Stones. They’re all still trying to get better.”

Bhasker’s time producing the first Rolling Stones single in years, “Doom and Gloom,” was a creative experience he spent a lot time preparing for: “Working with Mick Jagger, his process was very much like myself and Kanye’s. You try to mumble your way through a song and figure out what you’re saying. It’s amazing to watch him do that; you just have to turn the microphone on and go.” The original idea for “Doom and Gloom” came from Jagger, who sent Bhasker a few ideas before their session. In preparation, Bhasker also met with legendary Stones producer Don Was, who he says shepherded him through the whole process. “Watching Mick come up with the lyrics to that song, I thought he just killed it; the lines are so good. There’s social references, it’s ballsy, he’s talking about zombies and planes crashing. It’s crazy.”

When Bhasker’s not writing for other artists, he’s producing their ideas and helping make their personal songs come to life, something he did for Taylor Swift and her most recent album Red. “That’s the ultimate thing, to put on the production hat and realize their visions; framing what they have in an interesting way or contemporary sense,” he explains. “Taylor brought in two songs that she had completely written and played them for me perfectly on the guitar. She asked me for my thoughts, and I said they were amazing. Once we tracked her vocals and guitar, we added the musical elements I would usually add and gave it a different flavor than if she would have recorded it in Nashville with a bunch of Nashville musicians.” Bhasker says their collaboration, a song called “The Lucky One” about the trappings of fame, was one of his personal favorites from last year: “I was really impressed when she brought that. That track falls into a little bit more of a Springsteen, Joni Mitchell vein, which I think shows a lot of maturity and what a good songwriter she is. The lyrics are kind of about her, it has a story, and at the end I think she’s talking about Joni Mitchell rejecting fame, even though she never mentions her. She was on tour in a hotel room alone feeling a little too famous when she wrote that. To be able to express your feelings through music, that’s what it’s all about.”

Judging by the way Bhasker’s career has been going lately, it would stand to reason he’s going to continue to feel like writing many more positive songs. Currently in the studio with acts as varied as the folksy Ed Sheeran, pop singer Natalia Kills, new country artist Cam and even some solo material, Bhasker is busy plotting out the rest of his 2013. “I kind of surpassed all my expectations of being able to work with all these people,” he explains. “I feel really lucky; I chose a path to work with people better than me, always try to shoot higher and to keep learning and growing. It’s surreal in a lot of ways.”

Rob LeDonne is a writer of comedy, articles, and songs. He’s currently a contributing joke writer for Saturday Night Live’s Weekend Update and has also written material for MTV’s Video Music Awards and the Onion News Network. On the print side, his work has appeared in publications as varied as Nylon Guys and Surfer Magazine. Follow him on Twitter: @RobLeDonne. 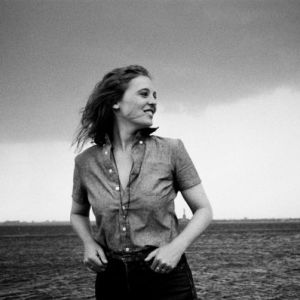