Taylor Swift was quickly dubbed “America’s Sweetheart” after her breakout success on the country music scene. Soon after her self-titled debut album, the acclaimed singer/songwriter showed the world that her talents would take her far beyond the boundaries of genre and industry norms.

With an unparalleled knack for translating her emotions into lyrics, Swift has won 11 Grammy Awards, 25 Billboard Music Awards, 12 Country Music Association Awards, 32 American Music Awards, 49 Guinness World Records, and the artist shows no signs of slowing. Throughout her career, Swift has also crossed over through country, pop, and alternative genres with ease and relatability.

In honor of her recent re-recording projects surrounding a masters controversy, American Songwriter plucked some of our favorite Taylor Swift lyrics from all nine Taylor Swift albums. Read below for the snippets of the songwriting that Swift has built her legacy upon.

I hate that stupid old pickup truck you never let me drive / You’re a redneck heartbreak who’s really bad at lying / So watch me strike a match on all my wasted time / As far as I’m concerned, you’re just another picture to burn. —“Picture To Burn”

This ain’t Hollywood, this is a small town / I was a dreamer before you went and let me down / Now it’s too late for you and your white horse / To come around. —“White Horse”

You made a rebel of a careless man’s careful daughter / You are the best thing, that’s ever been mine —“Mine”

Loving him is like driving a new Maserati down a dead end street / Faster than the wind, passionate as sin, ending so suddenly —“Red”

I’ve been spending the last eight months / Thinking all love ever does is break and burn and end / But on a Wednesday in a café, I watched it begin again —“Begin Again”

But you’ll come back each time you leave / ‘Cause, darling, I’m a nightmare dressed like a daydream —“Blank Space”

Whisky on ice, Sunset and Vine / You’ve ruined my life, by not being mine —“Gorgeous”

The ties were black, the lies were white / In shades of gray and candlelight / I wanted to leave him / I needed a reason —“Getaway Car”

Roaring 20s, tossing pennies in the pool / And if my wishes came true / It would’ve been you —“the 1”

Life was a willow and it bent right to your wind / Head on the pillow, I could feel you sneaking in —“willow”

Good thing my daddy made me get a boating license when I was fifteen / And I’ve cleaned enough houses to know how to cover up a scene / Good thing Este’s sister’s gonna swear she was with me (“She was with me dude”) / Good thing his mistress took out a big life insurance policy —“no body, no crime” 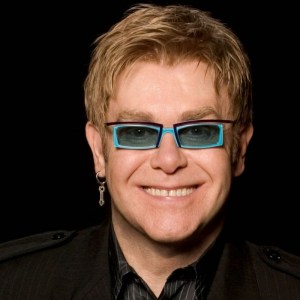