“How many people are in a band here?” Chicago Tribune music critic Greg Kot asks the crowd. When three quarters of the hands in attendance shoot up, Jim DeRogatis, a fellow music journalist and Kot’s candid co-host on WBEZ’s Sound Opinions, releases an impish grin. “You’ve all already flunked your first test,” DeRogatis said. “Why are there 30 of you guys, and none of you have emailed Greg Kot or Jim DeRogatis to say, ‘I’m so excited for your class. Here’s the link to the website of my band?’” As the bewildered musicians in attendance would soon find out, they still had a lot to learn about being a rock star.

The Old Town School of Folk Music was the site of the Sound Opinions-hosted “Everything You Need to Know About the Music Industry in 2014.” Labeled as a “half-day rock-and-roll boot camp,” the conference allowed listeners to soak in the experiences and advice of industry veterans Kot and DeRogatis. The two men have covered everything from the rise of Kurt Cobain to the fall of Napster, and they offered an engaging forum on topics like boosting YouTube views, booking a weekend gig, and separating your band from the million other indie rock wannabes in pursuit of prominence.

Kot and DeRogatis began with a brief introduction on how the music industry has changed since the early 2000s. Before the Internet forever changed the way people purchase and share music, there were six major record labels that dictated whose videos would be on MTV and who would be stuck playing at their local coffee shops. Warner Brothers, EMI, Sony, BMG, Universal, Polygram and Clear Channel were the primary gatekeepers to rock and roll stardom before 2000, and as Kot bluntly put it, “If you didn’t play ball with Sony or Clear Channel back then, you didn’t get noticed.”

The record labels served as banks, promising up- and-coming artists publicity and prosperity while simultaneously saddling them with inexorable debt. “Ninety-eight percent of artists on major labels don’t get money,” DeRogatis estimated. “Wayne Coyne of The Flaming Lips worked as a fry cook at Long John Silver’s for eight years while being signed to Warner Brothers, one of the biggest labels in the country.”

Any advances provided from labels to artists had to be paid back in full, prompting the overwhelming majority of artists to fall victim to what felt like one huge scam. It was only a matter of time before the tides would turn in favor of the musicians and the fans as the advent of the Internet would allow listeners instant access. With sites like Napster revolutionizing how fans got music, the inevitable decline of record labels as middlemen began to transpire.

Instead of trying to capitalize on a new marketing medium, record executives reacted like elephants to mice, roaring in anguish and attempting to stomp any adversaries who dared pilfer their profits. The rise of peer-to-peer networks, MP3 download services and streaming platforms forced those in charge to reconsider their means of distribution. But the tables were already turned, with fans suddenly determining the direction of music ownership and the suits having to play catch-up. The overall result of this shift in power was a major blow to revenue, but a boon to artist exposure.

“More people are listening to music today than ever before in the history of the world,” Kot said. “All your attention should be focused on your fans.”

It might seem obvious in hindsight, but failing to consider the needs of those who financially supported the ludicrous tour riders and hotel damage bills was the downfall of the music industry. While free downloads, indie blogs and unlimited streaming services may have killed aspiring artists’ caviar dreams, no one can deny that finding an audience and getting your music heard is easier than ever.

ALL IS NOT LOST

If there was one takeaway from the seminar, it was that Kot and DeRogatis were not there to coddle the congregation. Statements like, “You are not entitled to make a living off of music,” and, “It’s never a bad thing to be too persistent if you don’t suck,” were common, but never delivered without some encouraging piece of advice.

“There are so many reasons to be optimistic today,” DeRogatis told the crowd. “No matter how obscure your music is, anyone can find it on their phone. The only thing that’s worse than not getting paid for your music is no one listening to your music at all.”

With the industry in such a major transition, how do you distinguish yourself from every other basement-recording virtuoso and get those fans to listen? Kot and DeRogatis then offered a crash-course in making it as a musician. First, they said, artists need to properly define the level of their ambition: whether they’re comfortable with the occasional weekend gig and free pizza or if they’re willing to put the time and effort into building a loyal fanbase that could someday pay for a tour across the country.

You don’t need an expensive online press kit to get attention. Kot and DeRogatis instead suggested that you start with a simple, easily accessible website. The front page of your website should have music, a solid biography and a few photos to establish who you are quickly and effectively. If a booking agent or music blogger has to click more than a few links to listen to a song, they’ll most likely grow frustrated and give up. Bandcamp, SoundCloud and Facebook are all functional and inexpensive platforms that can connect you to other musicians and fans, while providing a sufficient layout to stream your music. 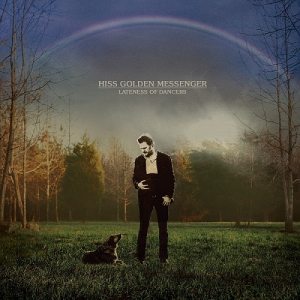 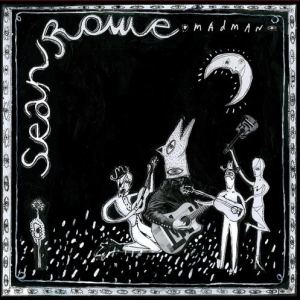