Are songwriters crazy or do they have super powers? Recent research is providing the answers

“Music is for me like a beautiful mosaic which God has put together. He takes all the pieces in his hand, throws them into the world, and we have to recreate the picture from the pieces.”

“Synesthesia speaks to the essence of who one is. It celebrates the singularity of the subjective self. “

When researching musical topics recently, such as how musicians perceive distinctions in each key, it’s been striking how often these ideas are couched in suspicion. It seems that scholars and scientists are forever suggesting that anything a musician says is to be taken with a grain of salt.

In writing about synaesthesia, for example, which is when a musician instinctually links specific colors with each musical key, almost all sources found once refered to it as a “condition,” as if it was an affliction, and maybe a form of mental illness. In reality, it is not a malady, but a rare ability, similar to having perfect pitch. Yet for centuries it was considered an indication of a deficiency, not a strength, and explorations of it were deemed worthless or worse.

Yet many songwriters we’ve interviewed have experienced it to some extent, though many have not. Brian Wilson did, though for him all the minor keys are the same – black. (That is unusual. But it is Brian, who seemed frightened of the minor keys, and rarely wrote a song entirely in a minor key).

Both Finneas and his sister Billie Eilish, the cover stories of our recent print issue, have synasthesia; Finneas discussed it with us here.

“It’s in my brain for no reason,” Finneas said. “You know what I mean? It’s like it’s already there.”

Yet there is much written about them which suggests that their self-proclaimed synesthesia is a pose, and not real. But this is nothing new. The same exact idea was projected onto the composer Jean Sibelius, a synesthete who wrote and spoke of this phenomenon, for which he was both revered and ridiculed.

“For him there existed a strange, mysterious connection between sound and colour, between the most secret perceptions of the eye and ear. Everything he saw produced a corresponding impression on his ear… And this he thought natural, with as good reason as those who did not possess this faculty called him crazy or affectedly original. For this reason he only spoke of this in the strictest confidence and under a pledge of silence. ‘For otherwise they will make fun of me!’”

This is typical for any writing on the subject. Almost always there exists an overt anti-musician bias, as when writing of them or other musicians who “claimed” or “believed” that they had this talent. Rarely is any experience of a musician considered credible. It’s thinking which seems always was founded on the idea that the normal brain will naturally separate color from key. If a brain does not do that, it was considered a clear sign that something’s wrong.

Yet recent neuroscience research about how the brains of musicians perceive music has shown that this is no malady, it is an ability. A talent, if you will. Dr. Veronica Gross led a research group at Boston University called The Synesthesia Project, which effected a gradual  evolution in the general understanding of the subject. Their findings established exactly that which synesthetes have been attempting to explain for years.

“Synesthesia is not a disease,” they wrote. “In fact, several researchers have shown that synesthetes can perform better on certain tests of memory and intelligence. Synesthetes as a group are not mentally ill. They test negative on scales that check for schizophrenia, psychosis, delusions, and other disorders.”

The BU study also corrected the idea that synesthesia would interfere with normal life:

“Many people think that it must be very confusing and distracting for a synesthete to walk around all day with these colors, shapes, and sensations bombarding them. The truth is that they find their synesthesia enjoyable and not a hindrance to normal life. In fact, they pity non-synesthetes for having what the synesthetes consider one-dimensional sensory experiences.

Recent studies at McGill and elsewhere have shown that the brains of all people respond uniquely to the perception of music. Songs, which wed words and music together, do not divide the brain as was believed, but unify it.

In 2018, Richard E. Cytowic of MIT published a big study on Synesthesia which quoted the late Oliver Sacks.

“Synesthesia,” wrote Sacks, “may well be the basis and inspiration for much of human imagination and metaphor.”

He also traced the shift towards the scientific acceptance of it, leading to its newfound status as a subject of great interest.

“Science,” wrote Cytowic, “has its fashions as other fields do, times when everyone falls in step with prevailing dogma. But it also has turning points when conventional wisdom collapses and new paradigms take hold. This is what happened with the phenomenon of synesthesia.”

“The scientific establishment ridiculed individuals who claimed firsthand cross-sensory experiences as: crazy, attention-seeking, and prone to fantasy… or else burned-out junkies suffering the residual effects of their assumed drug use.”

“Twenty years ago, synesthesia was regarded by scientists (if at all) as a rare curiosity. We now know that perhaps one person in twenty is synesthetic, and so we must regard it as an essential, and fascinating, part of the human experience.”

It is understandable, though, that to a non-musician, the concept of seeing colors in keys seems abstract, and perhaps a sign of lunacy. Yet musicians who have experienced it most of their lives, as have I,  understand it is not a sickness but an ability. One is not onslaughted by color at the sound of any music, as if having an acid trip. It is more subtle and never intrusive, like a strong inkling that takes on more prominence as years go by.

Among musicians, such ideas are normal. Whether or not a musician associates color with keys, it is common to perceive distinctions in each key. That keys are each distinctive is not a theory, it is a physical fact. Each is composed of sonic frequencies which we physically receive. Not every musician perceives them distinctly, but it is not an uncommon idea.

What remains a mystery still is exactly why certain keys evoke different feelings. It has been suggested that it is the instrument of the musician that colors this perception. Certain keys are quite simple on a keyboard – such as C major, which is all the white notes, though C on guitar is not simple. Others, such as E major, are pretty simple on guitar (since a guitar is based in E) but not on piano.

G major is the one key which is fairly simple on both guitar and piano, and for that reason, many assume, it is one of the most prevalent keys in popular music. The majority of Beatles songs are in G major.

Musician/scholars have been studying the phenomenon of key distinctions for centuries. Many books published in the 19th century cover  many musical phenomena, including the characters and colors of keys.  It’s interesting to read them now – some of it is quite odd – but much is beautifully written, with careful attempts to distinguish the keys.

But the only real measure of one’s ability to recognize  a key’s distinctive character is not abstract. It’s pretty similar to an eye-test. One simply looks at the chart, and reads those lines which are readable. To test one’s own potential synesthesia, an easy start is to listen to many famous songs you know that are all in the same key, and see if you can perceive a connection between them, or not. Even if you do not perceive colors, you still can get some understanding of your own ability to perceive distinctive key characteristics.

To aid in this journey of discovery, we will bring you a series of articles on the different musical keys, exploring how they have been defined over the centuries, and what famous songs belong to that key.

However, some ground rules: All major keys have a relative minor key, which is connected. The minor is built on the sixth tone of the major scale. The relative minor of C major is A minor, which is all the white notes from A to A on the piano.

Essays about key distinctions sometimes suggest that the major and its relative minor are the same key, with identical characteristics.  But we are not going to do that, as they are more commonly perceived in this sense as separate keys, each with its own character. Though they are related, as you are to a sibling, you are not the same identical person. It is the same with keys. Though they might share the same key signature (G and its relative minor, E minor, each have one sharp, for example), it’s like siblings sharing the same name, but not the same character.

Synesthesia is a perception which seems subjective, in that even among synesthetes there is no consensus as to which color links with which key. But it isn’t a random reaction, or one that changes with time. If A major represents a dark red, for example, it will not seem yellow tomorrow.

Our exploration of musical keys will begin in our next installation with one of the most famous of all keys: C major. Also known as the people’s key. Stay tuned. 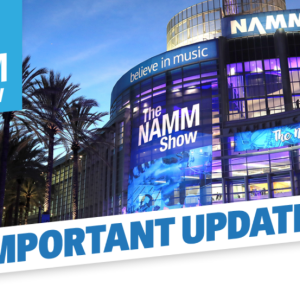