Back in elementary school in Miami, Jonathan Bates could remember watching the kids in the schoolyard as they did some stomp and clap routines. As they rumbled, Bates just saw lights, colors, and shapes in everything they were doing. “If I could show what I see, you’d get sunburned,” says Bates, who extracted the entire kaleidoscope in his head, “times a million,” and plugged it into latest single “Canary.”

Bates has had synesthesia, a condition in which one sense is simultaneously perceived by one or more additional senses, for as long as he can remember.

“It’s essentially a different master of sorts,” Bates tells American Songwriter. “I sometimes just listen and enjoy what comes with it visually in the mind’s eye. Then I sometimes let it influence what I want something to sound like. Every color has a sound to it. So does every geometric shape—infinite dimensional combinations.”

Every song looks like something to Bates. “It’s a completely inappropriate analogy, but imagine driving into Toon Town from Who Framed Roger Rabbit?,” says Bates of pulsating “Canary.” “This song creates a positive safe space in my mind’s eye where you’re Fred Astaire and Tracy Morgan all at once, throwing confetti and jewels everywhere while sliding down a smooth, fabulous bannister.”

Bates says a big step in addressing his mental health was finding a therapist he trusted, and someone who understood his mental chemistry. Quitting alcohol was another feat, and something Bates wanted to go through rather than around.

“I’m an alcoholic and was chemically addicted to it,” says Bates. “All these things and countless more informed me as to what I wanted to do musically, to be of service.”

Known for his longtime collaboration during the early inception of M83, Bates is releasing all the colors of his musical spectrum on upcoming album 4, out July 10. Each track is a completely different beast and something organically weaved by Bates’ own visions of what the songs should be, from the heavy metal throb of “Lord Only Knows,” and throbbing industrial turn of “Summoner.”

The pop palpitations of “Canary” and experimentation synth stomp are all part of Bates’ visual concoction.

Bates adds, “I can do so much musically, and I’m lucky to be able to. To not fire on all pistons creatively would be a damn shame.” 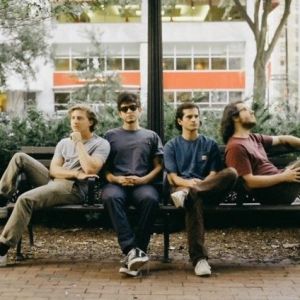 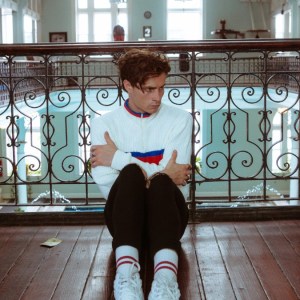