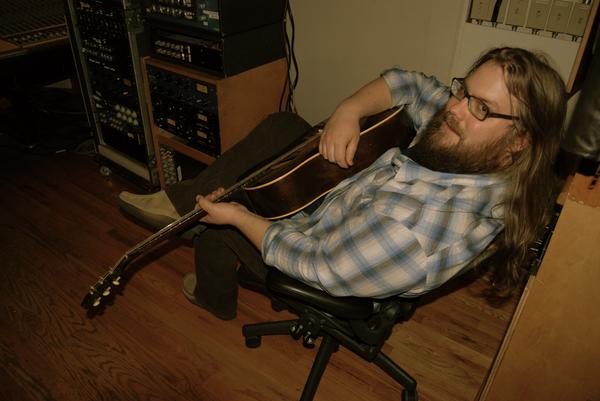 Chris Stapleton is known as the voice of the progressive bluegrass band The SteelDrivers, which he departed last spring, and now as the lead singer of The Jompson Brothers, a hard-edged southern rock quartet that is being compared to some of the genre’s classic bands of the ’70s.

But if he had nothing more than his day job, Stapleton would be living the life many musicians and songwriters dream of. As a writer with Sea Gayle Music Publishing (founded by the Music Row triumvirate of Brad Paisley, Frank Rogers and Chris DuBois), Stapleton is a co-writer of numerous charted country singles, including Kenny Chesney’s “Never Wanted Nothing More,” Darius Rucker’s “Come Back Song” and Steel Magnolia’s debut hit “Keep On Lovin’ You.”

American Songwriter caught up with Stapleton as he tried to catch his breath in between spending time with a growing family, preparing for the holiday season, and dealing with the rigors of a successful music business career.

You were signed to your publishing deal with Sea Gayle almost immediately after coming to Nashville, but your story is the definite exception. When a new aspiring writer comes to town, how do you think he or she they should approach Nashville in their first 90 days?

Write as much as you can. Learn about songwriting from songwriters whenever possible. Sign up with ASCAP, BMI, or SESAC (meet with all of them) and utilize their resources. Be nice.

What are the pros and cons of having a pub deal for you?

For me, the bulk of my success has been because of my affiliation with Sea Gayle Music and in particular with Liz O’Sullivan, my plugger. So I can’t really say there is a downside other than I’d like to, in a perfect world, own a larger percentage of my copyrights. Then again, the only reason they have any value is because of my publisher’s efforts on my behalf…so, once again, no downside.

You had something like 50 album cuts before you ever got your first single (Josh Turner’s “Your Man”). How many cuts do you figure you’ve had altogether?

You’re not much over 30, yet you’ve had success far beyond your years in Nashville as both a writer and an artist. You’re a talented guy, but that’s only a part of the process in Nashville. What else do you attribute your success to?

You seem to be influenced by a lot of different musicians and styles. What made you decide to concentrate on songwriting when you first came to Nashville as opposed to pursuing more of a performing and recording career?

Honestly it was what I was given the opportunity to do. Rounder Records was, and is, the only record label to put an executable copy of a recording contract in front of me to date. Believe it or not, those record contracts are kind of hard to get.

A lot of people are surprised that, after your exit from the SteelDrivers, you decided to get back into another band with the Jompsons. Did you just miss playing?

Well, in all fairness, I’ve been in The Jompson Brothers almost as many years as I was in the SteelDrivers, so it shouldn’t be that surprising.

If you were just going to kick back, forget about everything for an hour and put some music on with no business considerations, who would you listen to and why?

Tom Petty’s Wildflowers album. Why? Because it’s awesome front to back.

If you knew you were going to die tomorrow, who’s the one artist you’d want to get a cut with first?

If I get to hear it, Willie Nelson. 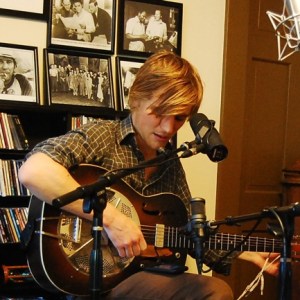