On October 28th, 2014, a hearing called “New York Speaks” was held in front of the Brooklyn Public Library’s main branch in New York City to speak on the issue of net neutrality. The hearing’s goal was to engage the public with the topic and show the community why it’s important to maintain a free and open Internet.

Net neutrality has been an ongoing topic in our country since the Internet’s inception. “The basic idea,” says visiting Harvard Professor Susan Crawford, “is that the companies that are selling internet access to Americans are not supposed to choose winners or losers–to decide which applications or services will be more successful at reaching its subscribers.”  However, now Internet Service Providers (ISPs) are considering doing just that.

In January 2014, Federal Communications Commission (FCC) Chairman Tom Wheeler proposed letting ISPs charge content providers extra for using faster lanes of Internet connection. The proposal has been received with much public outrage. Many feel that not only do ISPs not have the right to charge extra money for what they already deliver, but more importantly, offering faster connectivity for more money creates an unfair advantage for wealthier online companies (Time-Warner, ESPN, and Google) while putting even more strain on thriftier ones (Kickstarter, Etsy, Bandcamp). If ISPs do end up following through with the proposal, the concept of an equal online marketplace in our country will be terminated.

Outside the Brooklyn library, ralliers dramatize the implications by carrying signs titled with news and content headlines in two lanes. In the slow lane, people walked with headlines on Ebola in West Africa, new startup ideas, and other free and sharable information. In the fast lane, sign-bearers moved more rapidly to subscribers carrying headlines about celebrity tabloids and corporate advertising.

During the hearing, Kickstarter and Etsy employees addressed how net neutrality would affect their companies. They explained that, because their companies retain marginal profits by giving most of it to independent sellers, they will struggle to pay for fast-lane Internet access and will have to resort to chipping away at their sellers’ income.

According to Inc., Reddit founder Alexis Ohanian is another online entrepreneur who has run a very public campaign against overturning net neutrality. In his view, an open and equal Internet is “essential for nurturing startups [and] freedom of speech,” not to mention the breaking-in songwriter.

Songwriter and musician Jonathan Mann explains that online music sharing platforms like Bandcamp and all their artists would be in serious jeopardy if fast and slow lanes were put into effect. Either they would be unable to pay for fast connectivity to their audience or the extra financial strain would ruin them altogether.

The heart of the issue boils down to the free flow of commerce in America. An altogether free Internet, unregulated by the FCC, would not be an equal one. ISPs will charge extra and big online companies will have the power to carve up the Internet to their liking. But, an equal Internet, heavily regulated by the FCC, would be, under the authority and control of the government, not a free market from an American standpoint. Therefore, there are implications both negative and positive to both elements of change. If ISPs are to charge content providers, one upside would be that online piracy would be seriously restricted.

Jonathan Mann admits the Internet is a chief proponent of his musical creativity and career. He doesn’t want it to change. It has allowed him to share his music with a receptive audience that has given him valuable feedback. Without the steady flow of ideas and feedback, Mann would not be able to continue his work. When asked how overturning net neutrality would affect him as a songwriter, Mann elaborated, “Part of what makes the Internet great is the pure chaos of it all. It’s constantly random and exciting and stupid and amazing. As a songwriter, I live in the middle of that — and I thrive on it. Any attempt to try to control that chaos would kill it immediately. It would destroy our home.”

Mann’s song written about net neutrality to the FCC: 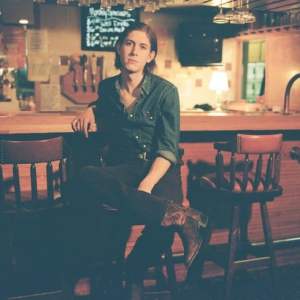 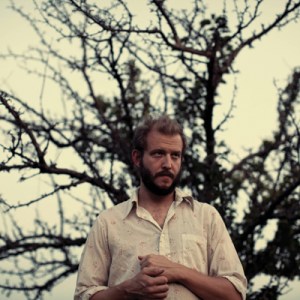