After years of silence, Britney Spears will speak to the probate court on June 23rd regarding her long-standing legal conservatorship, the date set by Los Angeles Superior Court Judge Brenda Penny for the superstar, who has been under the court-approved conservatorship for the last 13 years, who has made it clear that she no long wants her father, Jamie Spears, to act as her conservator.  Judge Penny set June 23 as the date to allow Spears to speak on the “status of the conservatorship” following Samuel Ingham, the probate attorney appointed to represent Spears in the case, asking the court to set the date “on an expedited basis.” He did not indicate what Spears would say.

The recent attention on conservatorships was heightened last fall, when at Ingham’s request, the judge appointed Bessemer Trust to act as co-conservator along with her father. That order has yet to take effect, as the attorneys continue to quibble over the governing language. Add to that mix, the well watched documentary “Framing Britney Spears,” which aired on FX originally late last year and then streamed through Hulu, has people asking some serious questions about why the pop star is part of a legal arrangement known as a “conservatorship.”

A conservatorship is a formal arrangement which means a person must have all of his/her/their financial, medical, professional and personal affairs managed by another because the person can’t make good choices for physical or mental reasons.

The timing is impeccable to seize the opportunity to explain what a conservatorship is, and the role  lawyers play in the process.

According to the California Superior Court,” All adults are considered capable of handling their own affairs unless a Judge determines otherwise. In California, this legal arrangement is called a conservatorship.”

A conservatorship is a formal arrangement on which a person or organization oversees the personal care and/or financial matters of another adult who’s not capable of managing his/her/their own life due to physical or mental reasons, such as:

How to become a conservator
It’s not easy.

First, you need to make sure you can even ask a California court to grant you such enormous power over another person.

California courts will only accept petitions from:

Did that last sentence stump you? If so, we’re not surprised.

Getting a conservatorship is the perfect example of a situation in which you need a lawyer to assist you in navigating complex legal terms, and a long process that will involve fillng out many forms, gathering evidence and making multiple court appearances.

Remember that both parties will likely be at odds, so there will be a battle. Lawyers can help you navigate your emotions, and avoid bringing drama before a judge.

How to get out of a conservatorship
Since 2018, when many people noticed cryptic messages on her Instagram account, some have been wondering if Britney Spears no longer wants her father – who was awarded conservatorship over her affairs – to be in control of her life.

In such cases, a lawyer is essential.

There will again be many forms, appearances and interviews with neutral third parties.

The most important lesson?

Not only can this help you find loopholes or stringent restrictions, but ensures that your legal rights are being protected. If you are in the process of signing a contract, LawChamps can connect you with a qualified attorney.

What should we expect when the most celebrated conservatee, Britney Spears. addresses the Court?

Since the possibility that the typically shrouded pop star would address the court personally represents a shift for Spears, who has rarely commented on the case for more than a decade, will very likely be eye-opening and mark the first time Spears has done so in court since seeking substantial changes to the conservatorship, including the removal of her father, Jamie Spears, from what had been a leading role in the arrangement. Only time will tell!

San Francisco-based, Jennifer McGlone brings 20 years of professional experience as legal counsel to Silicon Valley tech. companies – from startups to international market leaders – to launching LawChamps. A native of the San Francisco Bay Area, Jennifer received her B.A. from UC Berkeley and her J.D. from Stanford Law School, on public policy Fellowship studying systemic issues that prevent consumers from fairly accessing the judicial system. An expert in tech, financial and business law with a foundational passion for equitable outcomes, she’s energized by the opportunity each presents to open up the channels of access to lawyers and legal services for all. She is reachable at: jennifer@lawchamps.com 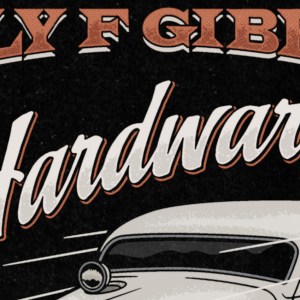 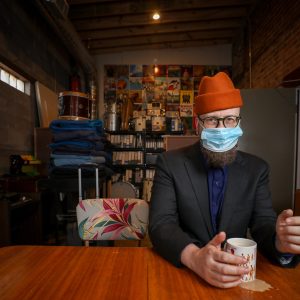