But did you know she’s a legal genius, too?

On April 9, Swift released a re-recording of her 2008 album,  Fearless (Taylor’s Version).

The album included all 19 original tracks, in addition to six songs she had written for the initial Fearless album (back in 2008).

She re-released the album for a specific reason: she does not legally own the masters, the original audio recordings from which all other copies are made, of her first six albums.

She claims the company that had owned the masters (Big Machine Records) was holding them ransom in exchange for her signing another contract with them. However, since November 2020 they have been owned by Shamrock Holdings, an investment fund controlled by the estate of Roy E. Disney (son of Disney co-founder Roy O. Disney).

Her allegations have been disputed.

Big Machine may have had a lot to lose by selling Swift’s masters. Variety found that Swift’s catalog brought in 80% of Big Machine’s revenue.

By re-recording her first album (the songs sound almost identical to the original version) and changing the title ever-so-slightly, Swift regained control of a nearly identical version of the master album.

That’s understandable. Below, we examine every step a little more closely.

This is must-read material for every artist, entrepreneur and lawyer. Swift just offered us all a master class in contract law and artists’ rights.

But before we dive into the dispute, here are some key things to know about music copyright:

For example, if a singer were to make a music video, they would need permission to use the songwriting AND master.

So how does this apply to Taylor Swift?

This is where things start to get complicated.

In 2020, Scooter Braun, who is most notably known as the music manager for Justin Bieber, Ariana Grande, and Demi Lovato, acquired Big Machine.

This legally means that Braun’s media company, SB Projects, acquired the copyright for the song recordings and rights to the masters. Furthermore, this acquisition meant that SB Projects had inherited the ability to enforce Swift’s contractual obligations with Big Machine.

What were Swift’s contractual obligations with Big Machine?

In a statement released on social media, Swift claimed that Braun and Scott Borchetta, CEO of Big Machine, were enforcing the terms of her contract in a manner that limited her ability to perform and use the recordings of her older music.

In a social media statement, Swift claimed that Braun and Borchetta were not allowing her to perform her older songs at the American Music Awards because that would be re-recording her music before the restriction period expired.

Although Swift eventually performed her songs at the American Music Awards, the copyright and contract dispute she had with Braun and Big Machine compelled her to re-record her first six albums. By re-recording her first six albums, Swift would not only own composition rights, but also the right to her masters.

Currently, Swift has re-recorded all the songs from her Fearless album, which will be released as “Fearless (Taylor’s Version),” along with six new songs “From the Vault.”

What can we learn about copyrights and contracts from Taylor Swift?

There are many things we can learn, but here are some of the most important takeaways:

The most important lesson?

Not only can this help you find loopholes or stringent restrictions, but ensures that your legal rights are being protected. If you are in the process of signing a contract, LawChamps can connect you with a qualified attorney.

This article is intended to convey generally useful information only and does not constitute legal advice. Any opinions expressed are solely those of the author, not LawChamps.

San Francisco-based, Jennifer McGlone brings 20 years of professional experience as legal counsel to Silicon Valley tech. companies – from startups to international market leaders – to launching LawChamps. A native of the San Francisco Bay Area, Jennifer received her B.A. from UC Berkeley and her J.D. from Stanford Law School, on public policy Fellowship studying systemic issues that prevent consumers from fairly accessing the judicial system. An expert in copyright law, she’s energized by the opportunity tech presents to open up the channels of access to lawyers and legal services for all. She is reachable at: jennifer@lawchamps.com 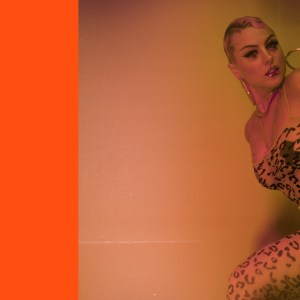 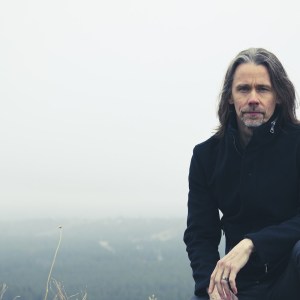