In a world full of TikTok sea shanty performers who fancy themselves as songwriters and powerful people (who have never written a song before), we need songwriting curation more than ever. “Songwriting curation?” you ask… I swear it’s not as elaborate as it sounds.

Before I became VP of Sync & Creative at Heavy Hitters Music Group, I was a professional songwriter (Sony/ATV) and artist (Geffen/Interscope). No one really prepares you for the world of professional songwriting. You might sign a big publishing deal and before you know it, you’re participating in round after round of songwriting speed dating. The assumption is that if person A is talented, then they will write a hit song with person B. No other insight is really offered, besides a document containing top artists that are “looking” for tracks (also called “writing for pitch”) — like top artists and their teams are really going to take a song from outside their camp, but OK.

What I see happening year after year is a lack of understanding of how a song is created and why certain creators make “magic” and others do not. So often, those in positions of power have never actually sat down in a studio to create a piece of music, but they know what they are looking for, so they play the quantity game (volume of songs) over quality (content of songs) because they are too often limited by the lack of creative tools that they personally have in their arsenal. Example: songwriter A really wants to work — “OK, put them in with songwriter B… you never know. Right?” While this approach might help a songwriter build their network, which is important, years of this type of curation will leave them feeling burnt out and disenchanted.

The art of songwriting curation is the investment in a songwriter’s career and longevity. It’s about spending time with each writer and getting to know their strengths (and weaknesses), finding out if they are a better lyricist or melody writer, and then pairing them with someone who plays to their strengths. If both creatives are bringing the same skillsets to the table, it often leads to them stepping on each other’s toes, and the session will inevitably turn out stale. Personally, I have written some of my best songs with writers that take a very different approach than me. Hell, maybe they’re not even a good writer, but their energy is frustrating enough that it inspires me to bring my BEST to the session. Hence, curation!

My school of thought has always been, “Work smarter not harder.” When I was making the rounds as a songwriter, I felt like I was on a Tinder date every day, never having that second date and wondering what would happen to the song baby that we created in a few short hours. I realized I was letting my representatives put together sessions for me, and I eventually started asking myself “why?” Why can’t I put together my own brief or an assignment and then call on those who I think would be best for the job? From that point on, I started to carefully architect each and every session that I participated in by leaning into a producer’s strengths and one or two additional topliners’ skillsets. Not only did I see in real time that I had fewer sessions and more free time, I also had more songs that were generating income. I was also simultaneously building long-lasting collaborations and friendships.

All too often, our culture gets caught up in wanting everything now. There’s an incessant need to impress in a world where talent is frequently overlooked and replaced with the number of “likes” that you have on Instagram. That’s all fine, to each their own, but we don’t have to lose the art of songwriting in the process. I believe art and commerce can live harmoniously side by side, especially if we make a commitment to be less “rinse and repeat” and focus more on strategy and empathy. Listen, we all need money, but we’re also just artists, and as Erykah Badu says, “(We are) sensitive about our shit.”

Jessica Vaughn is Vice President, Sync & Creative at Heavy Hitters Music Group, part of the Made in Memphis Entertainment (MIME) family of companies. Heavy Hitters is a boutique song catalog and music publisher that exists to service all broadcast and non-broadcast media and primarily the ever-expanding film, television, and advertising industries. In her position, Jessica oversees not only the creative direction of the company but also new business development, contract negotiations, new signings, catalog management, music licensing, and more. Based in Los Angeles, Jessica is also an active and successful musician in her own right, first turning heads under the name Charlotte Sometimes. After becoming a critic and fan favorite on Season 2 of The Voice, she began recording and releasing music under the monikers LACES and JPOLND, with her song “The End” going viral after being synced in hit Netflix series Bridgerton. 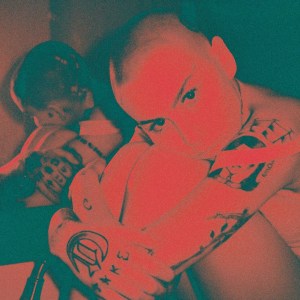 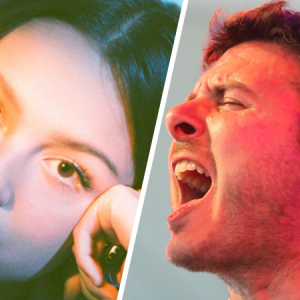