Because the song is such a short form, a mere handful of minutes, every word matters. Changing a single word in a lyric is monumental, because it can shift the meaning and tone of a song profoundly. Yet sometimes it is that one word change that makes all the difference, and without which the song might never have succeeded in the same way.

There are several examples over the decades.

When Livingston & Evans, songwriters of “Que Sera” and “Buttons and Bows” were asked to write a Christmas song for the movie The Lemon Drop Kid, starring Bob Hope, they wrote a lovely waltz-time song evoking Christmas in the city. All the other Christmas songs were set in the country, so the urban imagery distinguished the song, as did Jay Livingston’s beautiful melody. They also created an intricate contrapuntal duet part which worked perfectly with the melody. They called it “Tinkle Bells,” about the bells the street corner Santa would ring.

It was Livingston’s wife who told them that “tinkle” has a “toilet meaning.” Ray Evans, the lyricist, came up with an alternate title immediately, “Silver Bells.” It worked. Recorded with that title by Bing Crosby, who was one of the most beloved singers in the world, it became an instant standard, recorded thousands of times. Good change.

Of course, changing a word in the title of the song is even more consequential than a word elsewhere in the lyric, especially if the lyric is built around the title, as in “Silver Bells.” The same it true with Tom Petty’s “You Wreck Me” from Wildflowers. Written, as were many of his great songs, to a track by Mike Campbell, it took Tom a full year to complete. Because he didn’t have the title right. As always, it was close – but he knew it wasn’t there. He had “You Rock Me” for the longest time, but knew it wasn’t right. He tried some other titles also, which didn’t work. As soon as he got the idea “You Wreck Me,” the whole song came together. Because in that one word change, the character of the song came into focus, the attitude of the narrator. And he finished it quickly.

Of course, during that year during which he worked on “You Wreck Me,” it wasn’t the only song under construction. He was walking through the song wildflowers everyday, and writing the immense bounty of songs which became Wildflowers, and spilled out over into the She’s The One soundtrack, and now into the expanded collections being released. He was writing more songs than ever.

3. Paul Simon, “Train in the Distance”

Paul Simon’s beautiful “Train in the Distance” uses that title image as a symbol of human hope – that “everybody loves the sound of a train in the distance.” It’s his only song in which he explains the song at its conclusion. To a beautifully yearning melody, he sings the question and answer:

What is the point of this story?
What information pertains?
The thought that life could be better
Is woven indelibly into our hearts and our brains

from “Train in the Distance”
By Paul Simon

We discussed this song and that ending in a 1992 interview, as it was unusual even for him, and yet so poignantly human and true. As bad as things get, humans do cling to hope–that some big change you can’t even see or hear yet is coming.

Simon said he changed that final line. The original line was:

“The thought that life could be better is programmed indelibly into our hearts and our minds.”

From ‘programmed’ to ‘woven’ is a big shift. To Simon, it meant that same thing. Yet `programmed’ has such a cold, scientific tone, it would have clashed with the spirit of the song.

The final example is of a word that the singer changed while recording the definitive version of the song, thus changing the lyric forever. As with the other examples, it changes the tone of the song, yet not for the better. It’s a change the songwriters never liked.

Recorded by Peggy Lee, the song is “Is That All There Is,” by Leiber & Stoller. Of all their songs, including standards such as “Hound Dog” and “Stand By Me,” they always seemed proudest of this song.

But one change that Peggy Lee made in the final verse really irked both of them, and especially the late Jerry Leiber, who wrote the lyric. The song, essentially. is about existential nausea, the feeling that life itself has no purpose. Leiber had been inspired by Disillusion by Thomas Mann, and wrote this song with spoken verses at first. In the final verse, like Simon’s “Train in the Distance,” it asks a key question about the song and its narrator:

“If that’s the way she feels about it why doesn’t she just end it all?”

The answer is in the final line as Peggy Lee sang it:

“Oh, no, not me, I’m not ready for that final disappointment“

The final line, as Jerry Leiber wrote it, was:

“Oh, no, not me, I’m in no hurry for that final disappointment”

She said she felt her change was more singable, and insisted. It was one of the few times Leiber & Stoller gave in, and changed a song. But he always regretted it, as he felt it changed the tone. It is quite close to the original, but the change to ‘ready’ isn’t as true to the character’s attitude as “in no hurry,’ which is more whimsical,  somewhat mocking the inevitable.

In all of these examples, we can learn the same lesson. It’s up to the songwriter to get it right. A songwriter must trust their own instincts. If there is a word in a song that just doesn’t feel right, trust that feeling. Listen to the song. If something bothers you, change it.

Does every word  express the heart of the song? Does every word carry the meaning you intend? It is a big commitment. That word won’t go by as in a conversation; it will be repeated every time the song is heard. Does it hold up? Would it mean the same to others as it means to you?

If not, change it. Tom Petty said that if there’s anything in your song that sounds weird, take that thing out. It’s a simple but important piece of advice.

Simon essentially said the same thing: remove any irritant from the song or record. Even ones your loved ones might have identified that you thought was okay.

It can be the difference between writing “Tinkle Bells” or “Silver Bells.” 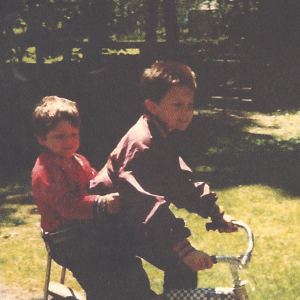 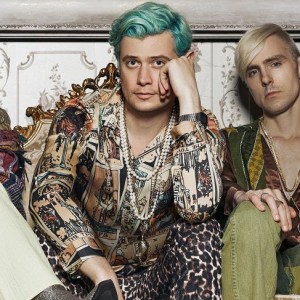