Last time we heard from Sons of Bill was back in 2016 when they stopped by our office during AmericanaFest to play “Lost In The Cosmos (Song For Chris Bell),” a tune from their 2014 album Love and Logic. (Listen to the session here.)

Since that time, the Virginia-born band of brothers has been slowly prepping their latest release, Oh God Ma’am, an album that was recorded in Seattle and Nashville over the past several years and is set to drop June 29.

The leadoff track for the album is a tune called “Sweeter, Sadder, Farther Away.” A melancholic slow-boiler, the song makes for an interesting choice for a first track, but apparently the band wanted its lyrics, which were penned by brother Abe, to sit front and center. Here’s what singer and guitarist James Wilson had to say about the tune, which you can hear below.

“This is the one song on the record where we really wanted it to retain a timeless stylistic purity — keep the production sparse. While not all of our songs are as lyrically straightforward, we were all deeply influenced by the great balladeers — writers who could convey some timeless mystery of the human heart in a straightforward way.

I think that Abe really captured something about love in this song — how the sentimental illusions of our memory perfects all things in hindsight — even (or perhaps especially) if it’s terrifying or tragic — that death freezes all things in the perfection of memory. It’s a song that reminds me a lot of Tom Waits’ aphorism, ‘Beautiful melodies telling me terrible things,’ or Rilke’s famous line from the Dueno Elegies, ‘For beauty is nothing but the beginning of terror which we are barely able to endure.’ It’s a love song and a suicide song, and I think it’s meant to be both beautiful and terrifying.”

There’s grace in the weight of an M1 Garand
And the blue of the barrel feels good in my hand
With its might I just might finally find what to do,
With these idle by mornings and long afternoons

It was late in November when the blush of your face
And the blaze of the maples was fading to greys
Just the ghost of a whisper, the shade of a sign,
Of the dark that descended from heaven on high

When I was a boy all the girls seemed to know,
When I asked for her hand that I’d step on their toes,
But those old white oak boards were never touching our shoes
When we danced in the kitchen to six o’clock news

If there’s a gun in act one all the experts would say,
That its got to be shot by the end of the play,
But I wait for the curtain and watch from the stage
Getting sweeter and sadder and farther away 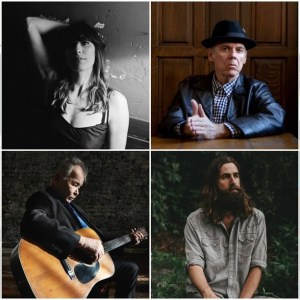 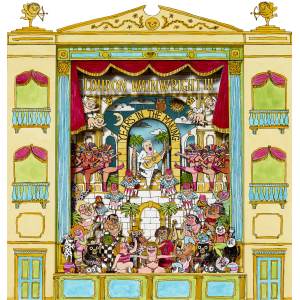