Listen to the episode:

“I was educated at Woodstock,” Sam Moore barks in the third verse of “Soul Man,” the 1967 pop and R&B hit he recorded with duet partner Dave Prater. The song became a massive hit for Sam & Dave and was revived again in 1979 when it was released as the debut single by The Blues Brothers. But it was written two years before the legendary Woodstock music festival, so what were Sam & Dave talking about? In an interview with the Songcraft: Spotlight on Songwriters podcast (part of the American Songwriter Podcast Network), Songwriters Hall of Fame inductee David Porter sheds new light on the details of the song that won Sam & Dave a Grammy and earned induction into the Library of Congress’s National Recording Registry.

“Isaac and I always wanted to top what we had just done,” Porter explains of his songwriting partnership with Isaac Hayes that flowered at Memphis’s legendary Stax Records, “so we would be trying to come up with ideas.” It was Hayes who brought in the title “Soul Man” as a starting point. “He saw it or heard it in Detroit,” Porter recalls, “for something that was going on, something relative to race situations, civil rights.” In an interview with National Public Radio, Hayes elaborated that the genesis for the idea came from the 1967 12th Street Riot in Detroit. “It was said,” he recounted, “that if you put ‘soul’ on the door of your business establishment, they wouldn’t burn it….It was a galvanizing kind of thing for African Americans.”

As Porter reveals, he and Hayes often spent a good bit of time discussing the ideas they wanted to communicate through lyrics. “We talked about a way to make that title have some unique and special thing,” he explains, “an idea that talked about education, that talked about humble beginnings, that talked about all of the special things that make you a special man, a soul man. It was, we felt, a way to create a motivational thing for people—certainly for black people at the time—but also for any person who wanted to feel that they had something inside of them that gave them the wherewithal to go to the next level.” For Hayes and Porter, the song worked as an anthem of racial empowerment, as well as a celebration of anyone who sought to overcome obstacles. “We were thinking in terms of how to make that idea more than just a song talking about a hip guy,” David elaborates. “We were trying to make it about a special guy.”

But what about Woodstock? Turns out it wasn’t referring to the town in upstate New York, but to an educational facility in rural Shelby County, outside Memphis. “Woodstock was a high school near where Justin Timberlake came from, from Millington, Tennessee,” Porter reveals. “That’s the humble beginning part of that….No one put very much attention on the Woodstock phrase until here comes the music festival and here comes Belushi and Aykroyd….It had everything to do with the context that the song was created in—humble beginnings, dirt road, getting an education…coming from the soil, so to speak, to build yourself up, to be all the man you need to be.”

Hayes and Porter wanted the concept to come across in both the lyrics and the music. “We were looking at ways,” he says, “to create the uniqueness…from the message perspective, [but] also from the rhythm of it. There was a little beat that [drummer] Al Jackson put on the track that we called sanctified.” The slide guitar lick, which Stax lore says Steve Cropper created by using a Zippo lighter across the frets, was an intentional nod to a simple upbringing. “We wanted to take it all the way back to the Mississippi steel guitar beginnings,” Porter adds. The result was so electrifying that Sam Moore spontaneously exclaimed, “Play it, Steve”—a shout-out that remained on the final recording.


Scott B. Bomar is a Grammy-nominated writer, researcher, and award-winning author. He is the co-host, with Paul Duncan, of the podcast Songcraft: Spotlight on Songwriters. 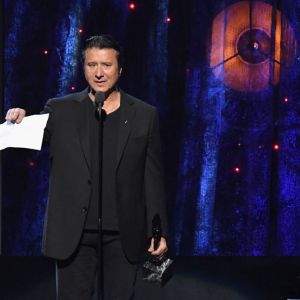 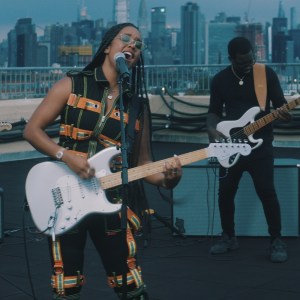