South Florida born and raised country-rock artist Cody Weaver is truly one of our favorite artists from this year.

His tunes are rooted in blues, bluegrass, traditional country and rock n’ roll — which as a fourth generation Floridian it only makes sense that his musical style was molded from being immersed in the sounds of American music throughout his life in the south.

With a launching pad from “Burn” — his 2019 single that hit number one on KB Country Radio in Canada — he is set to drop a five-track EP, Southern Noise, due out December 4.

“Listening to all of these songs in order takes you on a journey through all kinds of emotions,” he said. “These songs stand out to me because they have a familiar traditional country sound but all of me and the band’s influences are clearly evident, such as rock, metal, blues and funk.”

Prior to its release, he penned a track-by-track to detail the stories behind the music. Push play and then keep reading.

“Dad’s Old Ford” is a special tune to me, it’s based off of my childhood on the orange grove. We didn’t have much but we had enough and we took pride in that old truck. I really had a great time writing and recording this one and bringing in traditional elements like fiddle & steel, they really brought it to life. I can’t think of a better way to kick off this EP. Dad’s Old Ford takes me back to runnin’ those groves in my rubber boots with my dad and 3 brothers. The good ol’ days.

“COPE.” This song we really got to cut loose on, it’s dark but also lighthearted and humorous, and it absolutely ROCKS. It’s about bad habits ’cause we all got ’em. I wanted to let my band’s metal influences shine in this track and they nailed it. I get to play with some extremely talented musicians and it’s always awesome to see a song come together and let each artist have their moment. We have a blast playing this one live and I’m beyond excited to finally release it to the world!

“Not This Time” is a song about letting go of a bad situation and a bad relationship. Finally putting your foot down to a toxic partner. I think most everybody can relate to that. We are hinting at bluegrass while flirting with rock on this one. It’s a hard hitting tune and was something new for me with my vocals. I’m finding new ways to use my voice and it’s very creatively inspiring to me. This song was a bit of a stretch for me at first but out of all the tracks on this EP, I learned the most from this one.

“Before I Met You.” I wrote this love song for my wife Britney, who also happens to be my backup singer. I never felt like I could find a love like ours and figured I’d just be a loner. But this song was my way of telling her that she changed my life forever, and that I love her. Still going for a modern twist on traditional music, making a sappy love song that won’t put you to sleep was my goal and I think we got it done!

“Southern Noise.” The grand finalé and my favorite track off of this EP. It’s a high energy, boot stompin’, beer drinkin’ song that was inspired by all of my southern-rock favorites like Skynyrd and CCR. I was out in the georgia woods hunting when I got this idea, while listening to all the animals wake up at sunrise in my stand, I thought to myself “it’s so quiet out here”, then I listened closer and I heard everything coming to life with the morning sun. Then I said “ah, southern noise”. A few writing sessions later and we have a banger with some great instrumental work and some fun wordplay. Southern noise is a nod to all of my musical influences and inspirations. One of my buddies said “it’s the best skynyrd tune in 30 years!” Well, I’m not so sure about that, but I am certainly proud of this song and this whole EP. Going against the grain of mainstream country music is becoming my thing and I couldn’t be happier than making great music with my friends. 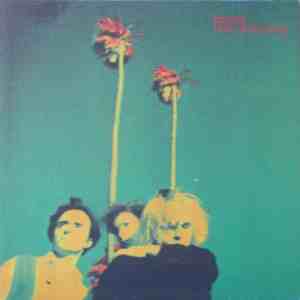 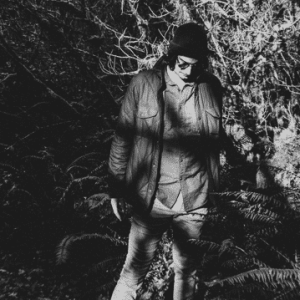