“I don’t really feel that I am psychedelic,” Stephen Malkmus told me during an interview when I asked him about Pavement’s bold proclamation that they were “the last psychedelic band” in the lyrics of their 1994 song “Unfair”.

He went on to explain that to him true psychedelic music has a sense of danger and insanity that he feels his music is lacking, citing The 13th Floor Elevators as an example. Instead he maintains that his relationship with psychedelic music is purely referential.

“The fact that I’m not psychedelic kind of hurts my feelings sometimes,” he went on to add.
On Traditional Techniques, his ninth solo album, and third without backing band The Jicks, Malkmus reunites with Chris Funk (The Decemberists) who produced the 2018 Jicks album Sparkle Hard.

Inspired by the deep collection of acoustic instruments found in Funk’s Halfling Studios, Traditional Techniques is “new phase folk music for new phase folks,” according to the album’s press release.

Malkmus has always shown a penchant for psychedelic folk bands like Mellow Candle and Fairport Convention, penning some Pig Lib-era Jicks tunes in that vein. He’s been known to dip a toe into the acid laced pool once in awhile. But on Traditional Techniques, Malkmus attempts to fully sail the uncharted, cosmic outreaches of psychedelia.

From album opener “ACC Kirtan,” Malkmus plunges the depths of his new sound, unearthing a spacey, transcendental stream of musical serenity. Jangly 12 string guitars, droning bouzoukis, howling pedal steels, chanting vocal arrangements, and a variety of afghan instruments allow Malkmus to properly indulge his psychedelic fetish in a way the rocking confines of The Jicks could never quite afford.

With Traditional Techniques, Malkmus hasn’t so much reinvented himself as recontextualized his songwriting. As great of a band as The Jicks are, hearing his music through the filter of these collaborators is a breath of fresh air at this point in Malkmus’s 30+ year career.

Lyrically the record is in line with most of Malkmus’s post-Pavement output, bursts of beautiful imagery juxtaposed with occasionally profound, occasionally comically absurd musings.

“I painted my ladder fuschia / Do nanoseconds matter / Who will you pick / to colonize you?” he sings on the breezy “Signal Western,” an album standout.
Malkmus has released three music videos to promote the record.

The most recent, “Shadowbanned,” sees a world where Malkmus’s influence and presence are felt but the artist himself is blurred or pixelated when he appears. Instead he cameos as a grotesque digital Malkmus mask instagram filter worn over the famous faces that make up the video’s cast. The video stars Kim Gordon, Sharon Van Etten, Kurt Vile, Conor Oberst, Mac DeMarco, Jason Schwartzman and more. Perhaps a clever commentary on his lack of commercial success compared with his lasting influence and musical impact, perhaps just a silly idea; the video is played off with his typical understated slyness. The creepy face filter is available on his Instagram.

The lyrics are even more tongue-in-cheek than the video if that’s possible.

Other album highlights include lead single “Xian Man,” which features an extended, explosive, dueling electric guitar solo in the style of Buffalo Springfield, and the swaggered, beautiful “Brainwashed,” and its overdriven, fuzzy outro.

“Brainwash me, brainwash me please I am ready to bail / into a new modality if it’s available”

While it still probably has more in common with the more referential sonic explorations of fellow rock musicians like Wilco than his beloved 13th Floor Elevators, Traditional Techniques pushes the boundaries of Malkmus’s lifelong love affair with psychedelia.

Even at their most carefree and explorative, these tracks are tight, well crafted, and time conscious. Malkmus has always been great at concealing what a pop genius he is behind all of his guitar weirdness. And ultimately it might be this quality that keeps him from fully embracing the perceived insanity of his psychedelic forefathers. In that 2014 interview Malkmus also told me “I don’t know if you can say if there’s anything that ‘new’ that I do anymore, for better or worse.”
Malkmus has always had a gift for making the unexpected feel easy and natural. With his recent output, he proves he hasn’t outgrown the curiosity and spontaneity that has crucially defined his music. It turns out even an old Straw Dog can still learn new tricks. 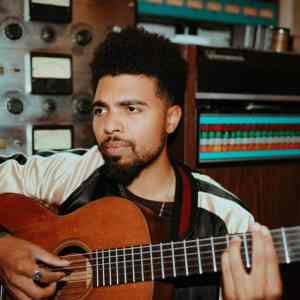 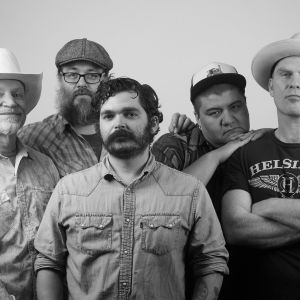