Blue-collar families across the country were hit hard in 1981, when Ronald Reagan fired more than 11,000 air traffic controllers after a two-day strike. The decision had long-lasting effects. President Reagan didn’t just sack the air-traffic controllers; he banned them from ever taking another federal job. Since many of the workers were Army vets who’d never gone to college, being blackballed by the government was devastating. Without an education, few were able to find new jobs that kept them above the poverty line.

Steve Earle, still a relatively unknown songwriter at the time, took note. His father had worked as an air traffic controller for decades, and his brother was one of the thousands who lost their jobs in Reagan’s eviction. Several years later, Earle wrote one of the first political songs of his career, “Good Ol’ Boy (Gettin’ Tough),” which drew upon the air traffic incident for inspiration.

Co-written with guitarist Richard Bennett, “Good Ol’ Boy (Gettin’ Tough”) tells the story of a blue-collar Texan on the verge of financial ruin. He can’t seem to stop living above his means, even buying a $20,000 pickup truck on credit, and his salary isn’t nearly high enough to bail him out. With a family to support, he remains stuck in the “one horse town” that ruined him and looks forward to the weekend, when he can attempt to drink away his problems. But getting drunk costs money, too, which forces the whole cycle to repeat. With its references to loans, IRS payments and welfare lines, the song almost functions as a critique of Reaganomics, told from the perspective of the same unlucky, small-town narrator who regularly appears in Bruce Springsteen songs.

Earle, who launched a side career as an actor several years later, portrays his lead character a little too well. Critics blasted him for one particular line — “a twenty thousand dollar pickup truck belongs to me and the bank and some funny talkin’ man from Iran” — which they claimed to veer too close to racism. Similar complaints were lobbed at “Guitar Town,” the title track from the same album, which contained the following couplet: “Everyone told me you can’t get far / On thirty-seven dollars and a Jap guitar.” Was Earle writing working class anthems at the expense of other minorities?

Not according to the songwriter himself. “The politics in a song when you are writing in the first person is the politics of the character, not necessarily the politics of the writer,” he told the Los Angeles Times in 1986. “I’m trying to write about the things I see happening around me and how people react to them, not just the things that happen to me. [The “man from Iran” line] was meant to be derogatory because it was supposed to represent the feelings of the character in the song. The guy is angry because he’s falling behind economically. That’s the whole theme of the song.”

Co-writer Richard Bennett gave the song a dose of rock & roll muscle, including a descending chord progression straight out of the classic rock playbook. The lyrics steal the spotlight, though. “I was born in the land of plenty, now there ain’t enough,” goes the most memorable part of the chorus, which might as well have been the unofficial motto for an entire generation of struggling, working class Americans who never received a drop of support from Reagan’s trickle-down economics.

Earle, who dropped out of school in 9th grade and claimed to have never made more than $8,000 a year until his music career took off in his early 30s, sang the song like an autobiographical anthem. He was able to escape his own one-horse town, though, whereas the titular Good Ol’ Boy remains stuck in an endless cycle of workweeks and bill payments. And ultimately, that’s the biggest difference between this working-class anthem and those written by Bruce Springsteen, whose music and populist lyrics clearly influenced Steve Earle’s early work. In Springsteen’s music, the characters are beaten but not broken, and they usually find something — whether it’s laughter or love or liquor — to remind them of the good things in life. In “Good Ol’ Boy (Gettin’ Tough),” there’s no light at the end of the tunnel.

I got a job but it ain’t nearly enough
A twenty thousand dollar pickup truck
Belongs to me and the bank and some funny talkin’ man from Iran
I left the service and got a G.I. loan
I got married, bought myself a home
Now I hang around this one horse town and do the best than I can

Gettin’ tough
Just my luck
I was born in the land of plenty, now there ain’t enough
Gettin’ cold
I’ve been told
Nowadays it just don’t pay to be a good ol’ boy

Been goin’ nowhere down a one-way track
I’d kill to leave it but ain’t no turnin’ back
Got the wife and the kids and what would everybody say
My brother’s standin’ on a welfare line
And any minute now I might get mine
Meanwhile, it’s the I.R.S. and the devil to pay 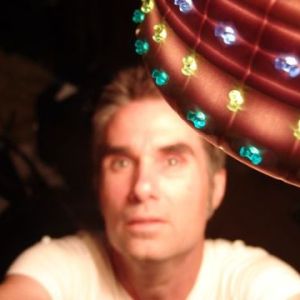 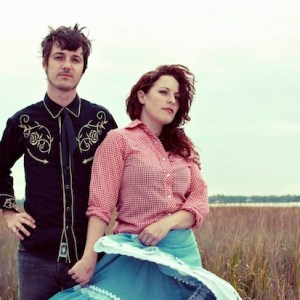