Steve Earle‘s “This City” ends both the first season of Treme and his new album, I’ll Never Get Out Of This World Alive.

Earle came up with the song after Treme creator David Simon asked him to write something that his character on the show, Harley Watt, a street musician, would have written in 2005. Earle woke up the next morning and wrote “This City.”

The song in its recorded form – complete with Allen Toussaint’s funereal horn arrangements- runs during the final credits of the first season of Treme’s last episode, but Harley and fiddle player Annie Tee give a preview of the song a bit earlier, while hanging out one day in the quarter. Annie (played by real-life violinist Lucia Micarelli) offers Harley some help with a lyric to fit the song’s descending melody. “Singing ‘Jacamo Fee-Nah-Nay’,” she suggests. “It rhymes,” she tells the slightly incredulous Harley.

While Micarelli does not get a real-life writing credit on “This City,” she and Earle did compose a song together for the show, “After Mardi Gras,” which appears in the second season.

Earle’s song is a loving tribute to New Orleans, and earned the songwriter both Emmy and Oscar nominations for its appearance on Treme: Music From the HBO Original Series, Season 1 soundtrack.

Earle recently told The Times-Picayune that before he plays “This City” in concert, he usually tells the audience: “If you’ve ever thought about going for Jazz Fest or Mardi Gras and getting outside the Quarter, now’s the time to do it, in the next few years. Because New Orleans is important, and it almost didn’t exist.” 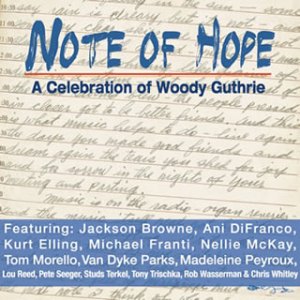