In time, the Los Angeles duo of Surf Curse made up of vocalist and drummer Nick Rattigan and guitarist Jacob Rubeck had to go back to the beginning. Revisiting one of the first songs they ever released independently on the album Buds in 2013, “Freaks” proved itself as the track that got away—until the Reno-bred duo signed to Atlantic and gave the song its due.

Originally written in 2011, “Freaks,” preceded the band’s 2017 release Nothing Yet and their most recent Heaven Surrounds You in 2019. At the time it was written, Rattigan and Rubeck were still living in Reno, where they relocated from their hometown of Las Vegas, and the momentum was building around the pair and their live performances.

After the band’s tour for Heaven Surrounds You was cancelled following the onset of the pandemic, everything began shifting in 2020, and “Freaks” began sinking in more. Gaining traction with more than 200,000 views on TikTok and 200 million streams worldwide, “Freaks” still connects.

“Now our song is blowing up on the internet and we signed with this big fancy label, and we’re doing stuff again,” Rubeck tells American Songwriter. “It’s a very strange trajectory. It’s been a strange wave.”

People still connect to the “Freaks” self-reflective lyrics—Don’t kill me just help me run away / From everyone I need a place to stay / Where I can cover up my face / Don’t cry, I am just a freak—which is why the song still resonates nearly a decade after its release. “The song is still so useful, and a lot of young people relate to the lyrics and to the song itself, and it still has that youthful energy to it,” says Rubeck. “That’s what you want as an artist. You want your songs to live forever. That’s the beauty of art. The fact that it’s 10 years later, it feels good that so many people are still getting something out of a song we wrote when we were 19.”

Rubeck adds, “I guess it’s a pretty depressing song, but there are a lot of depressed people out there, and people who feel alienated.”

Time and art don’t exist in a vacuum, says Rattigan, and everything is processed differently now. “A song doesn’t have to be from this moment to mean something,” he says. “Those aren’t the rules anymore, because it can come from anywhere, or from any time. We exist in a lot of multiverses together and sometimes one grows bigger than the other.”

Originally inspired by Charles Burns’ Black Hole, when the band eventually made a video for “Freaks” in 2021, they naturally paid homage to the graphic novel series and cast their friends, donned in “mutant makeup.”

All tied to performance, when writing, a song needs to translate live, and move the crowd. Despite 2020 being a difficult year to write at times, the pair are now approaching songs differently. “I had a really hard time writing this past year,” says Rubeck, “and I know Nick did as well, but I think all this ‘Freaks’ anticipation really forced us to lock into what we feel like we have to do.”

Rubeck still can’t believe Surf Curse flew under the radar for so long before getting signed. Granted, they always wanted to be independent, but there was some validation entering this new chapter.

“It’s funny because we’ve been doing this for so long and thought that no one in the industry was really looking at it,” says Rattigan. “It was like, ‘whoa, they’re finally getting it.’ We were this whole mystery, while we were going all over the country and doing well for ourselves and living our own lives sort of on a different wavelength. It’s like the girl that doesn’t know she’s beautiful, and then she has the makeover and everyone’s like ‘oh my god she’s beautiful.’ Atlantic gave us that makeover.”

It’s all a new perspective for the duo who have already begun working on new material with half an album readied. “Everything now is just through new lenses and new eyeballs,” says Rattigan. “That’s what happens over time, but we just experienced time in such a strange way, and there is a different perspective and fragility over everything, which has influenced the shift in our songwriting and an invigorating sense an urge to create.”

Still, there’s no formula to writing a song like “Freaks,” or anything else Surf Curse creates. “There’s really no process,” says Rattigan. “My life is the process, and it’s happening all the time. It’s happening right now.” 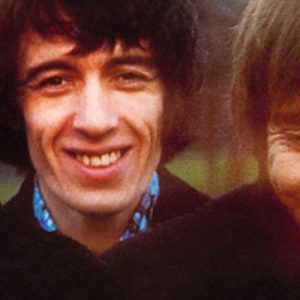 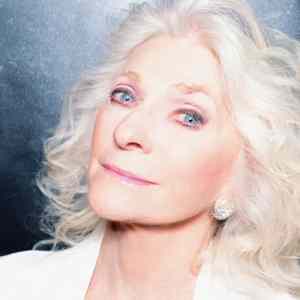