Elton John called him “the ultimate drummer,” and “the most stylish of men, and such brilliant company.”

Charlie’s death has caused great reverberations through the music world which haven’t waned in these days since the sad announcement was made. We reached out to several songwriters and musicians for their feelings about Charlie on the day off his death, but it was too soon for many,

Since then, though, several them collected themselves enough to send their Charlie words, which we are sharing with you now.

Charlie Watts was a giant. He was the embodiment of certain ideals a lot of us shared.  When auditioning drummers for a band, the first question was always, “Do you dig Charlie Watts?”

Remarkable how we fail so often to get the extent of things of this sort until the moment the people are gone.  A least it’s that way with me…

The interesting thing is the connection from his totally authentic personality and his playing; his ability to play a groove and never waver, no matter what. Something to contemplate.

There is an unavoidable paradox embedded in Charlie Watts’s drumming. It’s one of those need-to-hold-two-competing-ideas-in-your-head-at-the-same-time dualisms:

Charlie’s feel is the apotheosis of the former. I assure you I could discuss this in granular detail but I’d need two bar stools, six pints, and three hours of your time, so just take me at my word here.

It’s endlessly fascinating to me that while on one hand I could probably sit my wife (definitely not a drummer, not even a musician) down at a set of drums and get her playing the beat to “Can’t You Hear Me Knocking” without too much trouble; even the greatest modern masters of the instrument (Steve Jordan, Steve Gadd, fill in the blank) will be the first to tell you that they themselves cannot sit down at a set of drums and replicate that feel.

Thanks for the feels, Mr. Watts.

I remember that the band I was in then, The Page 5, were big Stones lovers. Their album Let it Bleed was just out and our lead singer got one of the first copies. Even the album cover was epic; the anticipation for all of us was huge.

As he took the cellophane off the record I was so excited to know what they had come up with, especially what Charlie was going to play.

The needle hit and Gimme Shelter came on. I was not disappointed.

To me, Charlie was unique at that time. He never played super busy things, just what was incredibly musical. This is why he was one of my favorite drummers and earliest influences. He played always for the song, and was never flashy; just the perfect groove and fills. It’s such a tragic loss but what he left the world is a cornucopia of great ideas, grooves and legendary influences. He will be missed but not forgotten.

JOHN KRUTH:
(Songwriter/multi-instrumentalist/music journalist, and author of several books, including his newest, the already well-acclaimed Hold On World: The Lasting Impact of John Lennon and Yoko Ono’s Plastic Ono Band, Fifty Years On)

A few thoughts on Charlie Watts. I always loved the Gered Mankowitz photo of the Stones on Between the Buttons. Charlie looks like a hitman, who, while waiting to ice some bloke, quietly sips his tea and reads Shelley or Keats.

Back in junior high school, I was always bored and would start to hum and then get in trouble for humming and tapping my pencil on my desk. My Charlie Watts imitation was always a sure class-stopper. when geometry or Chaucer’s tales became intolerable, I would grab a pair of yellow Eberhard Webers and, to the delight of my classmates, start pounding out “Get Off My Cloud.”

Just looking at Charlie, like looking at Max Roach, you knew there was more going on there than a great musician. I’ve read he was a Civil War buff, raised English sheepdogs, was married to Shirley for life – obviously a he was a real mensch.

If anyone in the Stones should have been knighted and given the title “Sir,” it was Charlie Watts. He seemed to maintain dignity through it all.

Thank you, sir, you improved the quality of life on this earth for so many of us!

As Charlie aged, there really couldn’t have been a Rolling Stones fan on the planet who hadn’t somehow prepared themselves for this sad news in some small part of their brain. His job was so physical and it was a wonder that he could continue to propel the band onstage, from behind his little kit, with no assistance from a back-up “ghost drummer” or something.

When he had to pull out of the tour because of the unspecified medical procedure, despite the “full recovery likely” spin, a lot of us Stones fans sensed this could be it.

When Mike Edison published his book on Charlie last year, I think I knew somehow I’d better do my next Rolling Stones radio special solely on Charlie. Why he’s so great is in there, as Mike explains, but it’s really there in the songs we play to illustrate it. Particularly in the examples from the Some Girls era. There’s no one like him.

As Mike said, it’s not because Charlie got the rock in rock & roll, but because he had the roll in spades.

Also, I think most ardent Stones watchers were taken aback and bemused by Charlie’s apparent indifference to all the fuss around the band. But once the red light went on, there was no indifference in the studio or when the stage show began. But he was always so funny in interviews with his sly smile and witty comments, such as how touring is 90% “just f—ing waiting around.”

Listen here to Paul Ingles radio documentary, TALK MUSIC WITH ME: Why Charlie Watts of the Rolling Stones Mattered (Part 1 of 2)

Charlie Watts is so deeply woven into the audio of my soul that it’s something I hardly think about. Until today. Then I heard the news that Charlie Watts’ heart stopped beating. Charlie was the heartbeat for the Stones. My tears fell and my heart stopped for a moment, too. The world has lost one of the greatest drummers of all time, the irreplaceable Charlie Watts. Next time you listen to a track with Charlie playing, turn it up and get yer ya-ya’s out!

Andrew Williams of the Williams Brothers sent me this video (below: Charlie’s drums on “Honky Tonk Women” isolated). It’s terrible and goddamn perfect. He plays a fill before the chorus, which in anyone else’s hands would have led to a big cymbal crash. Not Charlie. No cymbal.

I don’t know if that was Jimmy Miller’s direction or not. This is rehearsed. Charlie knew what he was doing. Chorus one he speeds up. It’s so exiting, it makes the heart race. Back down for verse two. Chorus two speeds up a hair, but not as much as chorus one. By the end of the song Charlie is gracing us with his loose fills, the kind that make you wanna hear the record over and over again. Finally at the end, Charlie hits the cymbal once, as if to say, “The end, I’m done playing in this bar.”

For more Marvin on Charlie, see: A World Without Charlie Watts, Part 2, by Marvin Etzioni. 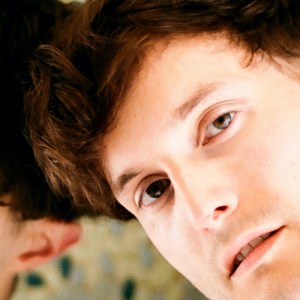 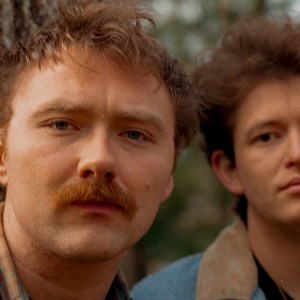