Surf Mesa, a 21-year-old DJ based out of L.A., dropped his new single “Lose My Mind“—featuring artist Bipolar Sunshine— on June 4. Since the release, the song has been gaining traction as Surf gears up to play live shows once again. To discuss his recent single and how he first entered into the world of DJing, Surf sat down with American Songwriter. The 2x Billboard Award-nominated artist certainly did not disappoint, wearing his eagerness on his sleeve.

American Songwriter: First tell me about your most recent single “Lose My Mind.” Where did the inspiration come from?

Surf Mesa: “Lose My Mind” came along as a demo that was written by these UK writers, but it was a very deep house demo. It was minor and dark sounding, and so I downloaded the files for it and produced it in this more upbeat atmosphere. I changed the chords up too. The whole inspiration for the song was to be kind of like a summer break song, and so I really wanted to be able to play something like that. And for my sets, I’m DJing for these college kids who bring those good vibes. And so I was really excited about the whole energy that came with that track. With the demo vocalist, I just thought that Bipolar Sunshine was very talented with his EDM features. So I told him that I’m a fan and said, ‘I’m really into your stuff, and always have been.’ And then it came along.

AS: Some have described your music, and this track specifically, as a breath of fresh air and embodying a surf/ beach life. How did you find that sound? And why is that the sound that you’re gravitating towards?

SM: I think that what inspired me initially in my life about dance music was like the fact that it made me feel like so inspired and young. Honestly, I think that there’s a piece of dance music that has, in my eyes, kind of been lost out of that. I think a lot of the stuff that people put out now (and I don’t wan’t to put down any like artists) I kind of dislike… and a part of me misses how it used to be. And that includes this like really feel-good music. I think that dance music on the radio now is just kind of dark. I just grew up listening to a lot of Progressive House music and that is Swedish House Mafia and Alesso and other people that made dance music feel really good, like Galantis. I think that, in my eyes, I just really want to capture how I felt hearing it back then. And so with Surf Mesa, I wish to bring this youthful energy back into the dance world. I just want to spend the rest of my life doing that.

AS: You’re a producer and a multi-instrumentalist—Would you classify yourself as a DJ, for the most part?

SM: DJ, but I also play the piano and the guitar. Those are my main two instruments.

AS: How much of your music are you making on these instruments? Is most of it electronic?

SM: Yeah, I just program my instruments into my software. And then some of it is recorded, like in the second chorus of “Lose My Mind” right before the drop, there’s this electric guitar that you can kind of hear. I think that I can use my instrumental ability to kind of brainstorm. And it’s also cool if you have the skill set on a piano. And when you’re kind of hitting a writer’s block, you can just start playing the song on the piano, and then you can naturally hit notes around that might sound cool.

AS: Gotcha. Are you working on growing yourself as a musician and a DJ simultaneously?

SM: Yeah, I think that for the musician part, it’s always going to be about practicing the music and just going into those studio sessions and writing it. But the DJ part, that grind is for fun. It’s just when I am bored or when I’m practicing for a set.

AS: When did you start producing all this music?

SM: Yeah, I started producing when I was like 11 years old or so. I come from a very musical family; my dad has always been in a jazz band and plays the saxophone. My mom plays the violin. I have older siblings as well, and they were always showing me new music. And then my one of my brothers who was very into computers showed me this software called FL Studio, and that’s how people were making music. That was so cool to learn, and that stuck with me. And then I started to make little electronic beats, and it wasn’t till high school that I took it more seriously. That was when I really dove in and had fun with it.

AS: Were you releasing your stuff on SoundCloud at first?

SM: It was all SoundCloud. At first, I would Skype my other friend in sixth grade and we would have this hour-long challenge to make a song and then email it to each other. I still have those emails. It’s really cool to go back and hear those songs. But like high school, that’s when I really started to take it seriously. Then I was based out of Seattle, and I moved to LA as an attempt to make it work. And now I’ve lived here for about two and a half years.

AS: Prior to COVID, I assume you played a lot of live shows? Do you have any shows coming up?

SM: Yeah, some debut shows in New York and L.A. It’s like a really mini tour. And then alongside those shows, in September, there’s the Life is Beautiful festival in Las Vegas. I’m really looking forward to this little tour.

You can buy tickets to see Surf Mesa live, here. 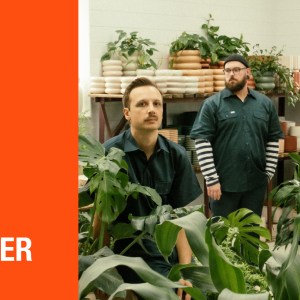 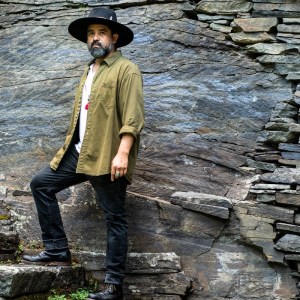