Being discovered by Raul Malo — the lead singer and founder of The Mavericks — would be a cool enough launching point for most bands, but Sweet Lizzy Project is not looking to have its story defined by its starting point.

Its first album, Technicolor, is set to release on February 21, 2020 and will make sure that Sweet Lizzy Project is taking the next step in an already long journey. The five-piece from Cuba has come stateside and offers a hybrid of classic psychedelic rock and an island roots vibe that should reach a wide base audience that just wants to enjoy upbeat music. There are clear 70s influences but by mixing subtle notes of most all of the last five decades it keeps each track unique but the album very whole.

Lead vocalist and writer, Lissett Diaz (a Latinx version of Paramore’s Hayley Williams) said that the project — especially the title track — is something that she is especially proud of.

“Technicolor’ is one of the most powerful songs we have ever written,” she told American Songwriter. “It’s a heavy, six-minute long song with simple words and a breath-taking guitar solo that takes a piece of me every time I listen to it.

“Technology is taking over the world with the brightest and most appealing colors. It creates the illusion of progress but, at the same time, it creates a communication breakdown. People get distracted, lose their ability to interact with others and forget the true essence of life. But to me, “Technicolor” is more than this message, it is a piece of our story and it is told beneath the surface of each sentence. It describes an odd mix of feelings that has chased us from the very beginning.”

Lisset is not the stereotypical front woman, as she was at the top of her class in biochemistry, though songwriting and music were always her passion. The band is rounded out with co-writer and bandleader Miguel Comas — who is possibly Cuba’s most respected record producer and rock guitarist — as well as Wilfredo Gatell on keyboards, Alejandro Gonzalez on bass, and drummer Ángel Luis Millet.

Production of the album Technicolor began with tracks recorded in Miguel’s Havana bedroom studio. Malo’s longtime recording engineer, the award-winning Niko Bolas (Neil Young, Melissa Etheridge), was impressed with those sounds and figured out ways to keep many of them in the mix. However, the band also enjoyed the thrill of playing together in a studio for the very first time, and not just any studio but one of Nashville’s finest — Blackbird Studio.

In keeping some of the original sounds it allows fans of the band to learn a little more about the background style of the band. Its a story that could have never been told if not for a few chance opportunities.

It is also a story that is reflected in the lyrics of some of the songs.

“We really had to fight against the rules we were supposed to follow, in order to defend the music we love and get to be heard by our own country,” Diaz said. “We felt like we didn’t fit in, like there was no place for us to shine and we should remain blurry without understanding why. We were not allowed to perform in Cuba for about six months, so enclosing ourselves at this little apartment in Havana to make music. It was the only way we found to keep us from going crazy until that situation changed.

“This place had very limited space to record and the equipment we had was old and/or refurbished so it was no surprise it could stop working at any time, or start making a weird noise in the middle of a recording session and then, there was no way to replace it because there are no music stores in Cuba. Also we didn’t have any Internet and if that was not fun enough, a blackout could happen at any minute. “Appliances will let us down” and “like a dream I’m falling in a hole underground” describes how we were dealing with unreliable old technology, the feeling of being isolated from the rest of the world and the uncertainty of not knowing what the future would hold for us. And that’s also reflected by the music itself.”

The band loves its Cuban roots and said that they appreciate how it has shaped them and their music while also recognizing that it had limitations they are now excited to have overcome. Since meeting Malo as Havana mainstays to moving to America, the group has an ambitious, albeit grounded, view of what is and what could be.

“Three years later, time has passed in so many different ways and a LOT has changed but “Technicolor” keeps us with our feet on the ground,” Diaz said. “It reminds us where we come from and gives us strength to keep dying it all with colors, with the colors we chose.” 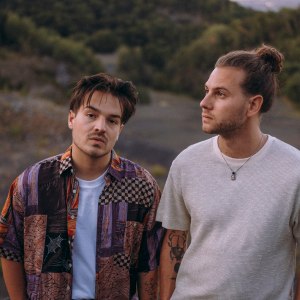 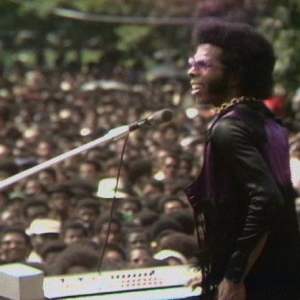