London-born, San Francisco-based music journalist and rock historian, Sylvie Simmons always considered herself a closet musician. Unsure of her ability to perform, she channeled her creativity through writing. Simmons crossed the pond early on and pursued a career in rock writing in Los Angeles, well before there was a space in that industry for women. Growing iconic in the scene, The BBC made a documentary on her called The Rock Chick.

Simmons developed into an acclaimed author. Her books include the cult fiction Too Weird For Ziggy and biographies Serge Gainsbourg: A Fistful of Gitanes; Neil Young: Reflections in Broken Glass; I’m Your Man: The Life of Leonard Cohen and last year’s Face It, Debbie Harry.

Sylvie Simmons’ transformation from author to music artist and performer began when she brought her ukulele on board to her book tours. During her readings, she would play Leonard’s songs, which led to the discovery she could express herself through songwriting. The product is a music career that officially began in 2014. Today, Simmons shares “Keep Dancing,” an introduction to her new album Blue On Blue due August 14 via Compass Records.

“I guess most dance songs happen with a crowd of people between four walls and a roof. But this song is about a man dancing alone, barefoot, in an inner-city park, in the gentle morning sun,” Simmons recalled eloquently of an inspirational moment behind “Keep Dancing.” “Laughing and shuffling from tree to tree, making your way to me,” she sings, painting a portrait of that particular point in time that seemed to strike a chord for the artist.

She shared that most of the song’s story is true. “Especially the part about watching the ladybugs climb up the blade of grass and balance on top of a dewdrop, swaying in the breeze like they were floating on a fish eye,” Simmons described along the lyric lines.

The song follows her highly-acclaimed 2014 debut record Sylvie. The revelatory collection expanded her audience beyond her literary following. In 2017, Sylvie returned to Tucson to make her follow up album with Howe Gelb (Giant Sand), Gabriel Sullivan, and Thoger Lund. The first evening, after recording the first takes of five of the songs, their progress came to an abrupt halt. A horrendous accident on her way home that night left Simmons with multiple broken bones, nerve damage, and an unusable left hand. As she recalls, her life became a “bit of a horror story.”

A long and painful period of surgeries and rehabilitation followed in place of her initial plans to record the album. The damage to her hand prevented Simmons from playing many of the songs she had initially written for the album. Refusing to surrender, the artist wrote a new batch of songs, recording them in-between treatments.

“This was the first song we recorded, live in the Tucson studio, so it seemed only right to leave it as-is and make it the album’s first track,” she reasoned. The sentimental placement of “Keep Dancing” as the lead single seems fitting given its lively nature, recorded in the halcyon period pre-dating her accident.

Listen to “Keep Dancing” from Sylvie Simmons below. Pre-order her highly-anticipated, second studio album before it’s release on August 14. 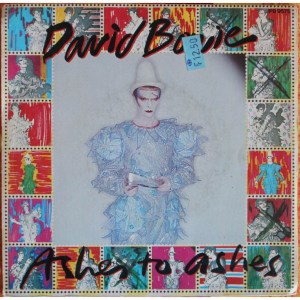 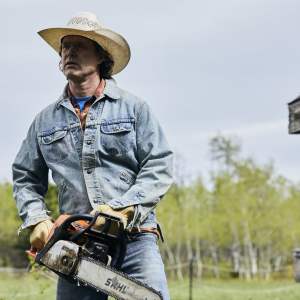