As an interviewer, you can usually anticipate how certain conversations are going to go. But with Corb Lund, prepare to be surprised in the best possible way. Like when a conversation about his music leads to a debate on which species is more problematic: rats or grizzly bears.

“Grizzly bears, 100 percent,” Lund insists with a laugh. “Rats are annoying and they’re kind of a scourge. But grizzly bears will rip your face off. In different parts of the world, there are different bogeymen. Like if you live on the coast it might be sharks. Other places it’s rattlesnakes. Where I’m from it’s grizzly bears all the time. Every late-night, whiskey-fueled campfire is not complete without grizzly bear bullshit stories.”

Where Lund is from is Alberta, Canada. And both that sense of place and his own personal experience with the life he depicts in song have always invested his music with a certain kind of credibility. On his new album, Agricultural Tragic, Lund leans into his strengths, interspersing comedic gems with penetrating paeans to a way of life that urban dwellers don’t quite comprehend. And, as he told American Songwriter in a lengthy interview, writing about what he knows is far preferable to him than sticking to cliched material.

“Love songs, 90 percent of the time, are terminally boring to me,” Lund explains. “I don’t care what other people do, but I just don’t have a lot to say in that arena. I’ve written a few, and a few that I’m proud of. But I don’t default to that as a songwriting topic. There’s just so much interesting shit in the world.”

Instead, he sticks on the new album to subjects like the aforementioned rats and grizzly bears, along with horses, ranching, and the lived-in wisdom of the older generation. He jokes that he wrote “Rat Patrol” in part because his home province’s eradication of the vermin is one of the few topics about Alberta that he had yet to detail in song; in the interview he mentioned also the prevalence of dinosaur fossils in that part of the country, so look for a track about that down the road.

The songs on Agricultural Tragic sparkle with a kind of authenticity that only someone who lives that life can project. “I think people have pretty good bullshit detectors,” Lund says. “My audience is interesting because it’s split. Roughly half are Western people, rodeo people, cowboys. The other people are people who might listen to a Steve Earle record or something. The people that live that cowboy lifestyle would know in a minute if I was messing around.” And if he is writing outside his comfort zone, he makes sure he does his research: “I think the deal is, if it’s not your own world, you better make sure that your shit’s correct.”

Lund also strives to put his songs to music that is just as diverse as his topics, and he credits his longtime band, the Hurtin’ Albertans, with enhancing his ability to deliver that from record to record. “We’ve been together for a long time and I’ve had the same lineup forever,” Lund explains. “We have that kind of musical ESP that you get from playing 1,000 shows. I’m proud of our band because we’ve developed a band sound that is sort of distinctly ours. And I’m lucky in that my guys are pretty versatile. They can pretty much handle whatever I throw at them.”

“I pull from a lot of roots genres, from cowboy ballads to Western swing to rockabilly to bluegrass stuff to country rock. I get bored really easily, not only with love songs, but with albums that sound the same from start to finish. One of my heroes was Queen. You put on a Queen record, particularly the mid-career stuff, every song sounds totally different stylistically. And I always thought that was cool.”

As for his ability to write songs with punch lines that any comedian would envy (check out “Tattoo’s Blues” on the new record for a prime example), Lund says he’s learned to embrace that skill. “Sometimes I can get sort of get down on myself thinking I’m being a goofball,” he admits. “I have a wide demographic. Some of the people really like my serious songs and some of them just like the fun ones. And the people that like the fun ones tend to be more vocal. There are times when I feel a little like a clown, but then I remember Jerry Reed and I feel OK about it.”

“Humor is a powerful tool. I do this with my album sequencing and in our live shows: If you play a really heavy song or a couple in a row that are really dark or have a message in them, it’s a palette-cleanser to play something a little lighter. I like a bit of an emotional journey.”

To achieve that balance on the new record, Lund makes subtle points about the increased obsolescence of a hands-on existence. “Part of it is because I have a rural background,” he says. “I don’t want to generalize, but people who grow up in the country tend to learn to fix things at an early age. I think there are larger historical forces at work, with automation and technology, where people are just more and more divorced from the actual realities on the ground of how we live, building things and growing food. It feels like we’re moving away from that.”

Yet Lund also feels that getting preachy about it isn’t the way to go with his music. “I think there’s a place for political music. And I respect people who use their music as a political platform. I do have messages in my stuff, but it’s much more subtle and textured. And I think that’s a more effective way, to let a message seep in than beating people over the head with it. I sometimes think that it’s so crazy that every goddamn thing is political now. I think there’s a portion of the human psyche and the human soul that needs to be nourished by something that’s not just about day-to-day current events all the time.”

What makes Lund such a compelling songwriter is how he manages to pull all of these qualities together in the space of single song. Take the waltz “Louis L’Amour,” which both honors the books of the famed Western author while still suggesting things weren’t quite as black and white as L’Amour might have suggested. “The good old days were never the good old days,” Lund says of the song. “There’s a human tendency to glorify the past.”

The song also contrasts that time period with harsh modern realities by including a line in the last verse about the way meth addiction has devastated some small Western towns. Lund says these realistic and nuanced depictions are what he’s trying to achieve. “I love old roots music, whether it’s Western music or rockabilly or all that stuff. But I don’t really write in a museum, freeze-dried style. It’s kind of like how in the bluegrass world, there are traditionalists. It’s like that in Western music too. There are some people who want to stick to the topics in a real museum style, which is cool because I like that kind of thing.”

“But I’ve always approached it with abandon. I’m actually trying to write about my own life, which is not 1860. I’ve got a really deep background in the West and ranching, seven generations. But I’m writing about what it’s like to have that background and live in the crazy 21st century.” 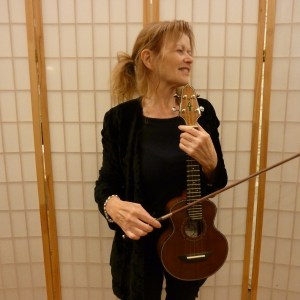