Rock singer and guitarist Ayron Jones hasn’t had an easy life. He was a foster child under the state by the age of four and was left to deal with his parents’ addictions which pegged lifelong issues of abandonment for Jones. With neglect and betrayal lingering on him, Jones turned his frenzied past into a bright future as a rock artist.

Today, the Seattle born-and-bred musician releases his first single as a signed artist. “Take Me Away” is a song built on those same memories and abandonment that Jones was forced to confront at such a young age.  And instead of writing a downtrodden, sob-story, Jones wanted to give kids that are suffering his same childhood fate, an anthem to escape in.

“The lyrics were kind of born out of this almost never-ending echo in my life that has to do with some of the abandonment I faced as a child and how that has had an impact on relationships and how I navigate my life,” Jones told American Songwriter. “And on top of that, is discovering different realities of being a black American, touring, and coming into contact with those obstacles.”

“I was looking to write a song that would almost be an anthem,” he added. “I want little kids, brown kids in the hood, white kids in the hood, people who have been disparaged in this country, to feel something and relate to the song.”

Equipped with the best players he could round up from Seattle’s local scene and some well-known artists as well, he was able to conceptualize the song.  Recorded and produced by Eric Lilavois at London Bridge Studio in Seattle, Jones recruited bassist Bob Lovelace, Andrew Joslyn for strings, drummer Barrett Martin of the Screaming Trees and local singer Scarlett Park.

“It was cool to bring in some local names but then go all the way to the top and I think it’s what makes the track so special. I couldn’t have asked for any better,” Jones said.

Jones’ position to be a voice for disadvantaged people and young kids, is rooted in his deep connection to music and what he described as his way out.

“Music has been my saving grace,” he said. “It’s been my wings. It’s hard to get out of situations you don’t have control over, especially just average people trying to make it day by day with three or four jobs, just trying to live. Music was my way to break out of that cycle and inspire others to do the same.”

Jones remembered always being inspired and affected by music in those same ways. Growing up in Seattle, a major hub for rock and ground zero for grunge, he was always involved in arts and music, but his journey into professional music started when he was 19. His path was illuminated with his opportunity to work with artist Janelle Monae’s Wondaland, a project he witnessed from the ground up and recalled as a huge inspiration.

After this experience, Jones quickly figured out music was what he wanted to do.  He began gigging anywhere that had a stage and branding a name for himself, which would ultimately lead him to great heights and many shots to work alongside some of rock and pop’s biggest figures.

“To make a name for myself, I just played as much as possible. I picked up every single gig I could. First time I stepped on stage; I was 21 and played at a blues club. Ever since that moment I was trying to play all the time. And once I figured out what I wanted to sound like, I put out an independent album in 2013, that I worked with Sir Mix-a-Lot on. It was my first album and really got the word out.”

Quickly gaining acclaim among circles, Jones went on to release a second independent album in 2017 with Screaming Trees’ drummer Barrett Martin. The collaboration would go on to develop into a worthwhile friendship and working relationship in music, allowing Jones to open for Guns N Roses, BB King, Jeff Beck and others.

“That opened a bunch of doors for me because Barrett Martin was in the grace of members of Guns N Roses, Duff McKagan and people that were just really into the grunge scene,” Jones said. “My indie career was very successful and kind of got me the right attention of Big Machine/John Varvatos Records.”

Forging a new relationship with his label, Jones says the journey so far has been “wonderful,” and has made his creative process run much smoother, now that he has more support and can get his music out to the world.

“It’s a good feeling and a blessing,” Jones said about the deal. “Starting out doing this, you don’t really know where you’re going to end up, but you know where you want to go.” Jones’ fierceness has led him exactly there, now gearing up to release his first full-length under Big Machine/John Varvatos Records, a sizeable experience that has been piloted by “Take Me Away.”  The single and accompanying lyric video to the track is out today and you can expect to catch Jones’ next full-length soon. 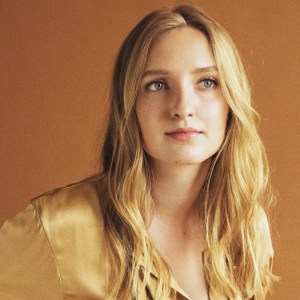 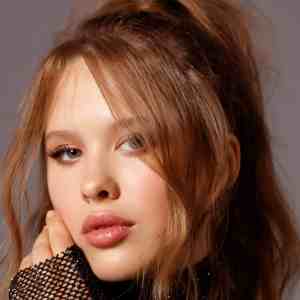