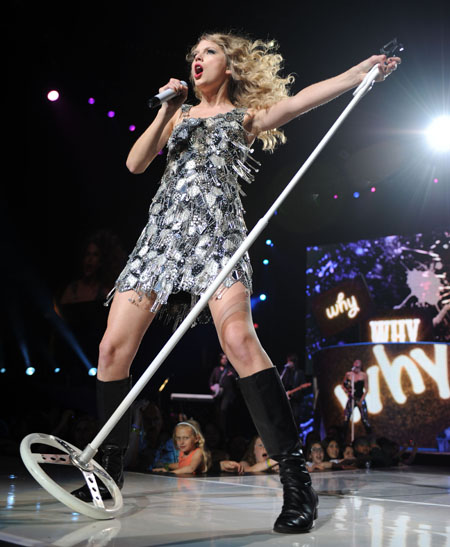 “I’ll be streaming 2 of the songs from the Speak Now/Help Now rehearsal performance worldwide- Saturday at 9pm central on taylorswift.com :),” Taylor tweeted from @TaylorSwift13.

Taylor Swift has love in her heart for the victims of the deadly tornadoes that claimed lives and wreaked destruction across the Southeast last week. The country star has invited 13,000 fans to watch a special rehearsal show at Nashville’s Bridgestone Arena on May 21.  The charity gig (100% of the proceeds will go to aiding tornado victims) marks the final rehearsal for the U.S. leg of Swift’s epic Speak Now tour. You can purchase tickets for the show, dubbed “Speak Now…..Help Now!,” at TaylorSwift.com beginning Monday, May 9.

“I was watching the coverage of the tornadoes backstage at rehearsals, and I wanted to do something for the families affected by the damage,” says Swift. “I’ve never opened a rehearsal to the public before, but I felt that inviting my fans to the last rehearsal for the Speak Now Tour would be a great way to raise money. So, tickets will be available for people to come see us in the Bridgestone Arena, where we’ve been rehearsing for the last five weeks.”

“We’ll probably still be doing some fine-tuning to the show that night, since this will be a true rehearsal,” she adds, “but I feel like it is so important for me and my fans to help if we can.” 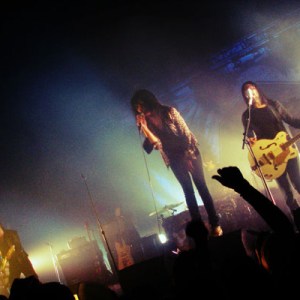