Forecastle turns 15 this summer, and the Louisville music festival is celebrating big with one of their most eclectic lineups yet. The multi-stage outdoor event will run this weekend, from July 14 – July 16, taking place along the Ohio River along the striking 85-acre Waterfront Park.

Out of the 70-plus artists on this year’s docket, we’ve highlighted ten that we’re especially excited to see.

When Americana artist and AS favorite Sturgill Simpson last appeared at Forecastle in 2015, he was still enjoying the success of his breakthrough second album Metamodern Sounds in Country Music. For the festival’s 2017 installment, the acclaimed Kentucky native will return to the stage a Grammy nominee for best country album and album of the year for A Sailor’s Guide to Earth, having played more than 70 sold-out shows across 12 countries. Sturgill’s Saturday set will undoubtedly be a can’t-miss, and expect to hear material from his latest album as well as highlights from throughout his storied, genre-bending career.

Nashville-based Adia Victoria is an artist whose deft amalgamation of blues, roots, afro punk, and country have rendered her one of the most formidable musical talents in recent years. Victoria’s sound is at once mellifluous and smoldering, and her penetrating social consciousness has led her to produce songs whose acerbic lyrics confront the rosy mythology of the American South, challenge the current political landscape, and resist the trappings of genre classification. Her 2016 debut album Beyond the Bloodhounds distinguished Victoria as a force to be reckoned with, and we can’t wait to see her Sunday-night performance.

The newly resurrected LCD Soundsystem has been chosen to headline Forecastle this year. After frontman James Murphy officially announced their reunion in 2016, the band embarked upon a world tour that included appearances at Coachella, Lollapalooza, and Panorama. We were lucky enough to catch LCD’s headlining set at Bonnaroo last year, and if they perform half as well as they did that night, you’re in for an incredible time.

Run the Jewels has had a busy first half of 2017, staging the first leg of their international Run the World tour in support of their successful third album, RTJ3. Powerful synergy and dynamism underline El-P and Killer Mike’s collaboration, and in Run the Jewels the two have produced music that synthesizes high-quality production with clever wordplay and vitriolic social commentary. The supergroup has its moments of light-hearted frivolity, though — check out the fan-driven Kickstarter campaign which raised almost $66,000 dollars to fund the duo’s Meow the Jewels, a remix record that replaced all of the music from their sophomore album with cat noises. Here’s to hoping “Close Your Eyes and Meow to the Fluff” makes it on the setlist for Run the Jewels’s Friday night performance.

PJ Harvey begins her 2017 summer festival circuit with Forecastle on Sunday night. Look for Harvey and her band to showcase tracks from her recent Grammy-nominated LP The Hope Six Demolition Project. We also expect the firebrand will gesture to some of the more visceral, cataclysmic material from her early career.

Nashville-based artist Rayland Baxter’s music is at once earthy and enigmatic, a breezy synthesis of roots, alternative country, blues, and indie rock. The gifted, laid-back singer blends thoughtful lyrics with evocative vocals as he explores themes of human relations and love, all with a warm and unaffected ease that translates well to an outdoor summer-evening performance. Catch Baxter at the Port Stage on Sunday night where he’ll likely deliver a set ranging from his celebrated 2016 LP Imaginary Man and his classic debut album Feathers & Fishhooks.

Singer, songwriter, and guitarist Aaron Lee Tasjan boasts one of the most varied careers in music, having co-founded glam-rock band Semi Precious Weapons and played guitar for acts like the New York Dolls and Alberta Cross. As a solo artist, though, Tasjan’s sound is grounded in a more rootsy, country folk-rock that he frames with sharp lyricism, wry humor, and honest vocals. Tasjan has been on our radar since he released his full-length debut In the Blazes and sophomore record Silver Tears, both of which featured on our lists for top 50 albums of 2015 and 2016, respectively. With his melodic hooks and remarkable stage presence, Tasjan’s Sunday performance will be one to catch, to be sure.

Conor Oberst, who was featured on the cover of our 2014 July/August issue, will be joined by the Felice Brothers as his backing band during his Sunday night Forecastle set, one which will certainly highlight his latest record Salutations, released this past March via Nonesuch Records.

Richmond, Virginia’s Lucy Dacus combines elements of Americana and indie rock for a sound that’s tender and stirring, and with a stage presence that evokes an effortless warmth, she is the perfect act to enjoy this Saturday afternoon. Look forward to songs from her most recent album No Burden at the Mast Stage.

Spoon will close out Forecastle Sunday night. The band is known for its invigorating live shows, and singing along with Britt Daniel to the band’s punchy verses sounds like the perfect way to end what we anticipate being an incredible weekend of music. 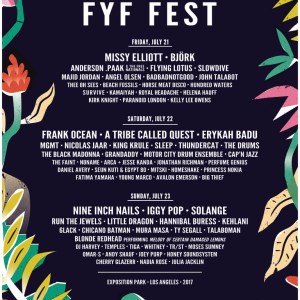 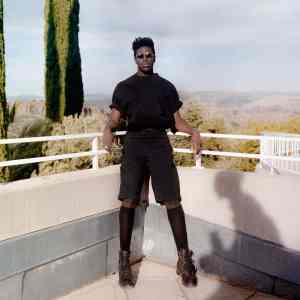