Jack: Monty Python had great songs but none of them were really rock. Spinal Tap was sort of the first one to really do it. Why is Spinal Tap so funny? Why is “Stonehenge” so fuckin’ funny?

Kyle: Yeah, I was thinkin’ about that. What is it?

Jack: Because the lyrics are really dumb, but they were one of the original aggressively stupid writers. “Where the demons dwell …” It’s all conjecture. No one fuckin’ knows what was happening back in Stone Age days and yet they’re singing a whole song about what happened then, like maybe this happened. It just hurts it’s so fuckin’ funny. And some of this stuff is just so random and not even particularly magical; it’s just the cat’s meow.

Is it different writing sketches and dialogue versus the songs?

Jack: I would say yeah. Obviously, writing lyrics is in meter, a lot more like writing poetry. But the concept is still the same. You’re trying to say funny things that make people laugh. It’s not that far off.

Let’s break down one of the songs on our list: “Lazy Sunday.”

Jack: A powerful gem, incredibly funny stuff. That was the one that put them on the map. What was it that made it so funny?

Kyle: I do not know.

Jack: I do know. It’s that they’re bringing the hard gangsta vibe to things like cupcakes and using Google maps and going to see the fuckin’ Chronicles Of Narnia. They’re such pussies but they’re singing in a hard gangsta style. That was a stroke of genius. But also, much like Spinal Tap it just works as the music itself is just very catchy and enjoyable and listenable. And that’s the trick. That’s the real jumping through the fiery hoop if you can pull that off, where the concept’s funny and the song is good.

Kyle: Yep, that’s it. I think that’s where we excel sometimes.

How about Flight of the Conchords?

Jack: They have a lot of great ones.

Jack: “The Most Beautiful Girl In The Room,” “The Humans Are Dead.”

I like the faux French song, “Faux du Fafa.”

Jack: [What makes “The Most Beautiful Girl in the Room” great:] It’s the honesty. That sets them apart. And I admire the subtlety in their work because I don’t really possess that. I’m always sort of over-the-top and in your face but those boys took it to the next level that was like softer and more subtle.

Are there any songs that aren’t necessarily comedy songs that make you laugh? Like a Dylan or a John Prine?

Kyle: “Never Gonna Give You Up!”

Jack: Yeah, that’s the song that keeps on giving. 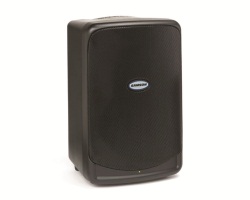 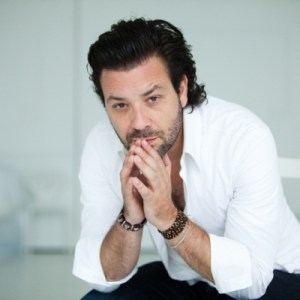