When the video for her song, “Phenom,” hit the internet on April 3, 2020, no one knew really what to expect. America had just begun the lockdown for the COVID-19 pandemic but there was still new music to release and new videos to make. That’s when the work went viral and Thao Nguyen, front person for the project, Thao & The Get Down Stay Down, saw her face on prominent talk shows and her songs in mass media. She’d released the first Zoom music video of note and it was a powerhouse.

Now, about a year later, Nguyen is attempting something new and noteworthy again by partnering with the online publishing platform, Substack, to invite fans behind the curtain and into the process of making her next record ($5 a month of $50 a year). If Nguyen’s success with the release of “Phenom” is any indication, she shouldn’t have any issues surfing this new platform to great success.

“Honestly,” Nguyen says, “the most gratifying and rewarding part is to be in touch and more connected to the people who’ve supported me through my career and offer a kind of access I wouldn’t offer through normal social media platforms.”

Nguyen’s ability to dive into new digital platforms is both admirable and in line with her recent professional tendencies. As an artist, she’s been embracing more of the engineering side of the creative process. Nguyen says a novel written by the author, Marilynne Robinson, heavily influenced her fourth studio album, A Man Alive, released in 2016. Her most recent album, Temple, was influenced by her appreciation of beats and hip-hop production and her forthcoming album, For the Record, which she will make in conjunction with Substack, will showcase new musical ambitions for the artist.

“I think within the past year,” Nguyen says, “I’ve become a lot more interested in production. Given the constraints of the time, I’m generating a lot more of the tracks entirely solo and I have a lot more time to do so. That will be a part of what I’m offering and sharing—the building of beats.”

After a heavy and tumultuous 2020, Nguyen says she’s eager to dive more into composition work and less into the exploration of often-weighty subject matter. “I need a break from content,” she says. To do so, though, Nguyen will have to acclimate to new tools. At first, she says, she was hesitant to learn new avenues, to risk failure and frustration in new ways, but she dug in and decided even more than indulging her fear, she wanted to push past her hesitancy and take charge of a different creative landscape. The result will be both a showcase of what she knows and has learned recently. But it will also be a series of new, as of yet uncharted beginnings.

“I’m sure a lot of the record making process will entail many things,” she says. “I don’t know what will lead to what.”

Through Substack, Nguyen will offer old recordings, demos and live performances. She will also bring in guest musicians to ask them about their writing styles and studio processes. She will debut new lyrics, perhaps working them in real time. There are a lot of different threads to follow when making a new record and many of them will be on display for Nguyen’s new one. To date, it’s been over a year since Nguyen was able to tour. Her planned 2020 dates have been pushed now to 2022. She says she misses being a part of people’s night out. In a way, she’s been searching for a new way to connect and share her creative offerings. And, she says, if this experiment goes well, it will offer her and, perhaps, many other musicians a way to earn a living while not having to rely on the truly grueling lifestyle of a touring musician.

“With this hiatus,” says Nguyen, “I have a better and deeper appreciation for touring and I am excited to get out there. But I will say, I’m reaching a point where I have to decide how much of my life I want to devote to touring. How much of life do I put on hold to tour? So, it’s exciting to be part of this. The state of the music industry was in-flux before, but now all bets are off. Everything is in rebuild mode.”

Nguyen, who is one of the first musicians to take part in this new platform, says she’d been aware of Substack in the past. But the platform, until recently, had been one made for prose writers. The platform is now working to expand and Nguyen, a standout and accomplished artist, who also recently hosted the popular Song Exploder podcast, dissecting popular tracks with the artists who wrote them, is a perfect partner.

Nguyen, who first began writing songs at around 12 years old, has always pushed herself to achieve. At first it was with school competitions. Later, once she got her driver’s license, it was open mic nights. She knew the stage and playing live were the aspirations through which everything else could fall into place. Now, having established herself, she’s ready to follow her instincts to new rewards, in a whole new arena.

“I love that music can eliminate time and space,” Nguyen says. “By that, I mean it’s a full escape.” 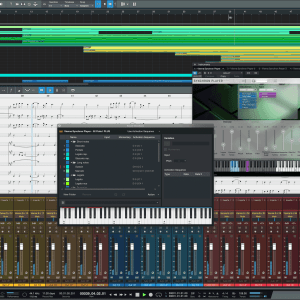 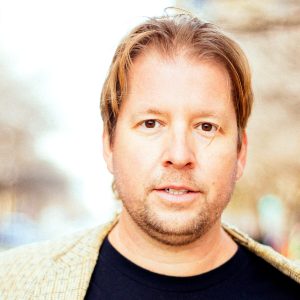