“To take the sugar-coating off of it: it’s been a tough year,” Jared Putnam told American Songwriter.

Like many other professional musicians, Putnam—who releases music under the name The March Divide—was faced with an unfathomable set-back when touring came to a screeching halt last spring. While he still had some income coming in from merch, sales and streaming, the hit from canceling a year’s worth of gigs was hard to take. Running low on options, he began managing social media for other artists as a way to make ends meet. When it came down to it, Putnam really only had one thing keeping him sane: making music.

“I had literally nothing else to put my heart and soul into,” Putnam explained. Confined to his home, quarantining for months on end, he poured himself into writing, recording and releasing new songs, one at a time. Now, as we reach the 1-year anniversary of the COVID-19 outbreak being classified as a global pandemic, he’s finally releasing the songs as a proper album—entitled cinq, the record is due on April 23 via Slow Start Records. On March 12, Putnam dropped the album’s final single, “The Funk That You’re In.”

“This was pretty much what I worked on all year to get my mind off everything else,” Putnam said. “ It was just a way to keep busy. I was just writing songs, recording and putting them out as I went. In that regard, it was fun and easy. I got to do some experimenting that I don’t usually get to do because there wasn’t really any timeline or urgency to any of it.”

And it’s true: the record sees Putnam experimenting more than he usually does. While generally centered in the acoustic-pop realm—which Putnam jokes “makes it sound like terrible music”—the songs on cinq see a wide variety of genres and influences come together in a beautiful array. Even on the single, “The Funk That You’re In,” his effortless ability to craft organically catchy and uplifting music is on full display… a testament to the free-flowing way Putnam approaches songwriting.

“I definitely believe that writing is a muscle—the more you do it, the better you’re going to get at it,” he said. “I ball things up inside and don’t typically talk about how I’m feeling, which is a problem. But, when I write, it comes out in one way or another. Everything bottles up and eventually it explodes. That’s another thing that came along with the pandemic and being stuck at home—when inspiration hit, I had more of an opportunity to run with it. More so than my pre-pandemic life, at least, because I used to be on the road 200 days a year… and it’s a little tougher to put those songs together in the van.”

With “The Funk That You’re In” specifically, Putnam’s spark of inspiration hit right before the pandemic did, back in early 2020… but it wasn’t until months later that the tune really came together.

“For this song, the initial idea came while I was packing up my stuff to move from Fort Worth to San Antonio,” Putnam began. “My wife was already up here starting her new job and I was hanging back to finish up a few shows that were booked. This idea popped into my head, so I got out my phone and recorded it.”

So far, this was a pretty normal event for Putnam. Being someone who’s always got an open ear to new melodies or hooks, he made a habit out of documenting ideas on his phone. But, admittedly, not a lot of these ideas ever made it all the way to becoming full, actualized songs.

“To be completely honest: I had never gone back and used any of them,” Putnam said. “Really, it’s just where my ideas go to die. By the time I get back to these things, usually, the inspiration is gone. I’ll listen back and be like ‘Man, what is that? What the hell was I thinking?’”

But something was different this time—as the record-making process for cinq started to come to a close, Putnam couldn’t shake the feeling that he had something more to say.

“The album was almost done,” he continued. “I don’t want to say that I had ‘writer’s block,’ but I did want to explore something different. I just wanted something new, a new angle—I felt like writing something, but I didn’t really have anything to write. So, I just went back and listened to all the stupid phone recordings I had. This one came up—I had completely forgotten about it, but when I heard it, I immediately remembered it. I kept thinking ‘Oh wow, this could actually be really good.’ The original memo was just me humming the roots to the chords and the stupid melody hook. As soon as I figured it out, the rest of the song came to me pretty quickly. It was cool, I wish I could do that more often. I really just had that little melody in my head one day and literally a year later pulled it up on my phone with my guitar in hand and the whole song fell right out. Don’t you wish you could do that with every song?”

As you might notice, Putnam has a habit of referring to some of his catchier ideas as “stupid.” While there’s certainly a level of self-deprecating humility wrapped-up in that, there’s also a deeper level of commentary going on. In a way, by using such simple, sing-songy melodies, Putnam is not only just making organically good music, but he’s also playing with the concept of “melody in pop music” as a stylistic tool unto itself… something that took some years of experience to get used to.

“I think that a lot of songwriters’ greatest roadblock is that they take themselves too seriously,” Putnam said. “I definitely went through that. If I wrote something that felt too cheesy, well… I just felt like I was ‘better’ than that. But, over the years through being a grown-up, I’ve come to realize that I can’t take it too seriously. I’m not going to cure cancer with a pop song. I’m not going to change the world. So, if something’s good and I like it and people like it, then I’m going to go with it. The day that I made that decision, everything opened up and nothing was off-limits. It was liberating.”

On that note, one of the highlights of “The Funk That You’re In” is the blazing kazoo solo that serves as the “third act show-stopper.” By delivering such a timeless melody through such a simple and, frankly, fun instrument, it’s almost as if Putnam is scraping away all of the excess information of modern living and is speaking to a deeper, older and more genuine sense of comfort and joy… which, in a way, shows that Putnam’s “stupid” little ideas aren’t so stupid after all, especially in a world as unpredictable as the one we’ve been living in for the past year.

“Actually, if you make everybody feel good, maybe you did change the world,” he concluded. “I think a lot of people overlook that—they overlook the role that music plays in the lives of a lot of people. Sometimes, people just want to listen to something that’ll put a smile on their faces. If you do something that can make people feel better, then you did change the world… all with a stupid little melody.”

The March Divide’s new album cinq is out April 23 via Slow Start Records. Listen to the record’s final single “The Funk That You’re In” below:

Fanatic Promotion · The March Divide – The Funk That You’re In 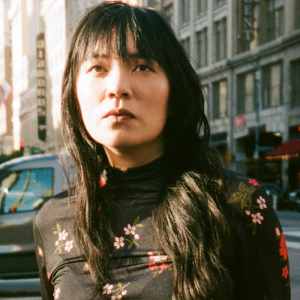 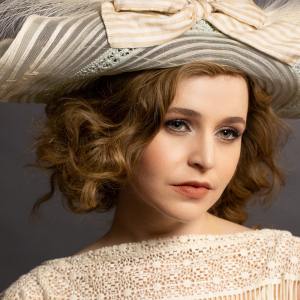