Yes, Billy Joel is known for his hits, which include “Piano Man” and “Uptown Girl,” among many others, but he’s also known for lighting up big stages like Madison Square Garden, Central Park, and spots all around the world, from his hometown of New York City and beyond.

Today, the 73-year-old Big Apple-born songwriter and musician remains one of the most celebrated artists of his era—indeed, he’s one of the best-selling musicians of all time.

But what does Joel have to say about his life outside of his career? What are his thoughts on life, love, and beyond?

1. “I think music in itself is healing. It’s an explosive expression of humanity. It’s something we are all touched by. No matter what culture we’re from, everyone loves music.”

2. “The good ole days weren’t always good, and tomorrow ain’t as bad as it seems.”

3. “If you are not doing what you love, you are wasting your time.”

4. “I am, as I’ve said, merely competent. But in an age of incompetence, that makes me extraordinary.”

5. “I am no longer afraid of becoming lost, because the journey back always reveals something new, and that is ultimately good for the artist.”

6. “If you make music for the human needs you have within yourself, then you do it for all humans who need the same things. You enrich humanity with the profound expression of these feelings.”

7. “Musicians want to be the loud voice for so many quiet hearts.”

8. “In a way, we are magicians. We are alchemists, sorcerers, and wizards. We are a very strange bunch. But there is great fun in being a wizard.”

9. “I really wish I was less of a thinking man and more of a fool not afraid of rejection.”

10. “I have a theory that the only original things we ever do are mistakes.”

13. “Have you listened to the radio lately? Have you heard the canned, frozen, and processed product being dished up to the world as American popular music today?”

15. “Don’t make music for some vast, unseen audience or market or ratings share or even for something as tangible as money. Though it’s crucial to make a living, that shouldn’t be your inspiration. Do it for yourself.”

16. “When I look at great works of art or listen to inspired music, I sense intimate portraits of the specific times in which they were created.”

17. “Those who have expressed doubts and misgivings about their ability to live this kind of life shouldn’t try, because being a musician is not something you chose to be, it is something you are.”

18. “Musicians now find themselves in the unlikely position of being legitimate. At least the IRS thinks so.”

19. “I have been both praised and criticized. The criticism stung, but the praise sometimes bothered me even more. To have received such praise and honors has always been puzzling to me.”

20. “I’m probably writing music now for the same reason as I started writing songs when I was 14—to meet women.” 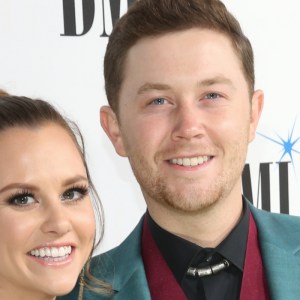