Nina Simone may be the most underrated artist of the past 100 years.

Yes, it’s true, many know her name. Many know she plays piano and sings big, heartfelt, hefty songs. But is she as appreciated as she should be?

Truly, Simone was a powerhouse. With songs like “Feeling Good” “Sinnerman” and “Mississippi Goddam,” Simone is responsible for some of the most important compositions of the 20th Century.

Simone, who was born in North Carolina in 1933 and died in France in 2003, saw much of the world, much of it good and much of it bad. She experienced harsh racism and high praise. She contained multitudes.

Today, she is remembered as an all-time great. But in truth, she may be the all-time great. And that she isn’t mentioned in those conversations is why she also may be underrated.

But beyond her songs, what did Simone have to say about the world at large? About her craft, about life and love? Without further ado, let’s dive into the 32 best Nina Simone quotes.

2. “At this crucial time in our lives, when everything is so desperate, when every day is a matter of survival, I don’t think you can help but be involved.”

3. “Jazz is a white term to define black people. My music is black classical music.”

6. “You get racism crossing the street; it’s in the very fabric of American society.”

7. “The worst thing about that kind of prejudice… is that while you feel hurt and angry and all the rest of it, it feeds you self-doubt. You start thinking, perhaps I am not good enough.”

8. “Slavery has never been abolished from America’s way of thinking.”

9. “I think that the artists who don’t get involved in preaching messages probably are happier—but you see, I have to live with Nina, and that is very difficult.”

10. “I would like a man now who is rich, and who can give me a boat—a sailboat. I want to own it and let him pay for it. My first love is the sea and water, not music. Music is second.”

11. “To me, we are the most beautiful creatures in the whole world. Black people. And I mean that in every sense.”

12. “You feel the shame, humiliation, and anger at being just another victim of prejudice, and at the same time, there’s the nagging worry that maybe… you’re just no good.”

13. “All the time, there was the weight of my community’s expectations on my shoulders.”

14. “I think the rich are too rich and the poor are too poor. I don’t think the black people are going to rise at all; I think most of them are going to die.”

15. “The protest years were over, not just for me but for a whole generation, and in music, just like in politics, many of the greatest talents were dead or in exile, and their place was filled by third-rate imitators.”

16. “When I’m on that stage, I assume honor. I assume compensation, and I should.”

18. “I want to shake people up so bad, that when they leave a nightclub where I’ve performed, I just want them to be to pieces.”

19. “Did you know that the human voice is the only pure instrument? That it has notes no other instrument has? It’s like being between the keys of a piano. The notes are there, you can sing them, but they can’t be found on any instrument. That’s like me. I live in between this. I live in both worlds, the black and white world.”

21. “I had spent many years pursuing excellence because that is what classical music is all about… Now it was dedicated to freedom, and that was far more important.”

22. “Once I understood Bach’s music, I wanted to be a concert pianist. Bach made me dedicate my life to music, and it was that teacher who introduced me to his world.”

23. “There’s no excuse for the young people not knowing who the heroes and heroines are or were.”

24. “Greed has driven the world crazy. And I think I’m lucky that I have a place over here that I can call home.”

25. “This may be a dream, but I’ll say it anyway: I was supposed to be married last year, and I bought a gown. When I meet Nelson Mandela, I shall put on this gown and have the train of it removed and put aside, and kiss the ground that he walks on and then kiss his feet.”

26. “What I was interested in was conveying an emotional message, which means using everything you’ve got inside you sometimes to barely make a note, or if you have to strain to sing, you sing.”

28. “As a political weapon, it has helped me for 30 years defend the rights of American blacks and third-world people all over the world, to defend them with protest songs. To move the audience to make them conscious of what has been done to my people around the world.”

29. “I have to be composed; I have to be poised. I have to remember what my first piano teacher told me: ‘You do not touch that piano until you are ready and until they are ready to listen to you.”

31. “When I was studying… there weren’t any black concert pianists. My choices were intuitive, and I had the technique to do it. People have heard my music and heard the classic in it, so I have become known as a black classical pianist.”

32. “I think the rich will eventually have to cave in too because the economic situation around the world is not gonna tolerate the United States being on top forever.” 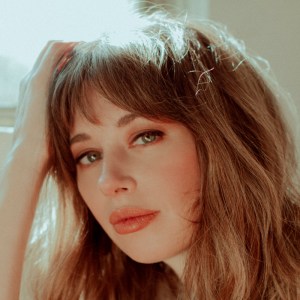