“I’m ready for positivity. And to get back to concerts.”

Billy Dawson is optimistic and always looking forward, no matter the circumstances thrown his way, including the turmoil of 2020. Music, family and motivating those in need form the backbone of his essence, which translates down to his songwriting craft.

The Texas native calls Nashville his home. When the pandemic hit, he took some time and ventured out to New Mexico, where he has family, and wound up recording a series of cover songs, including the Chris Isaak classic “Wicked Game,” with its memorable reverb-drenched guitar line.

He’s followed up his cover song project with a new original song “Unite,” a hopeful anthem with a strong message inspired by Martin Luther King, Jr.  “I wrote this song in 2015 with my buddy Eric Varnell and it sat on the shelf and was re-written a few times,” Dawson said in a Facebook post accompanying the video’s release.  “With all the division going on in our country and around the world I believe now it’s time to release “Unite” in honor of MLK.  Thank you sir!”

Equally important to Dawson is his dedication to anti-bullying and motivational speaking engagements with school-age students, a passion that intertwined with his songwriting skills in an impactful way.

“You might be writing a song and not even know who you’re supposed to touch. I wrote a kid’s book about bullying. I speak at schools, anti-bullying and motivational speaking. I did a 12-school run in one week.”

“The last day, this 12-year-old kid handed me a note—at first, I thought he wanted me to sign it. And he said I want you to have this, I want you to read it; it was a suicide note he had written to his mom a few weeks ago, and he said, ‘I listened to your message. After listening to you speak, I don’t need this anymore. I know I’m worthwhile.’ We got him counseling. I spoke to hundreds and hundreds of kids that week, I was tired, dog-tired. Just that one kid—was worth the whole trip.”

Dawson recently sat down for a conversation on music and creativity with our friends at Tonewood Amp. Excerpts of the interview are below (edited for clarity).

Has Covid and lockdown been good or bad for creativity?

Trying to be creative is a hard thing sometimes. You hit roadblocks. But I actually had a lot of things open up, a lot of song titles came to me—whether it was watching Netflix or Amazon or Hulu—and something inspired me. You see a scene in a movie, and you say, ‘Oh man, that would be cool to touch on that, to write on that.’

I think a lot of creative people are either just amazing and they’re writing songs and getting cuts, smashes on the radio. But you also have the other side, who are reclusive, who are so creative that they ball up and don’t know what to do with themselves. We’ll get through this, united.

Are you making music?

I’ve been creating music, I’ve been doing a bunch of cover songs, making content and writing my butt off, because there’s really nothing else to do… besides drink coffee, which I’m passionate about. It’s affected me in a positive way to get music right, get health right, get your ducks in a row, it helped me re-focus. To build a solid foundation in music or in a relationship, you really find out who you are in a moment like this. It’s been a blessing to us. It made us stronger in faith and family.

A stumbling block can turn into a stepping stone. I get a phone call from a big Bollywood actor, and he wanted me to do the soundtrack for his new movie, called Rocketry: The Nambi Effect. A Bollywood movie?! The actor, Madavan, is the Ryan Reynolds, Brad Pitt of Bollywood. We became best friends on What’s App.  I said, ‘Yeah, I’m home! Covid happened.’ We worked on this music for two or three months back and forth on What’s App. I thought, ‘How’s this even happening?’

Paint a picture about how inspiration strikes you.

First, it’s emotional, or spiritual in that sense of something you’ve gone through. I like to write a lot of love songs because I love my wife and we’ve been together 13 years, so I’ve written a bunch—”Sinners Saints” is one, which was produced by Lee Brice, Rodney Clawson, and Jacob Rice. “Church Without Jesus” is another. Some have spiritual undertones. At the same time, you’re comparing your wife to something that feels untouchable at times. Oh my gosh, that’s amazing, that’s as close to heaven as I’ve ever been.

How do you approach writing sessions?

When you’re in a writing room, someone can bring an idea and then everything starts falling out of the sky. Sometimes you get nothing—but other times, it’s like ‘What just happened?!’ We’re like little antennas, getting signals. Being able to taste a lyric or feel a lyric, you’re trying to portray something through someone’s ears.

Seems like you have your imagination muscle trained to go into that white room and start kicking up images.

When I first moved to Nashville, I didn’t know what co-writing was. I was like, huh??? They said it’s getting in a room together and knockin’ ideas together and trying to write a song and I said, that sounds like fun. When I was a beginner, when I first got here, I had some crappy ideas. What is that? Why did I even write that down? After a while you write what you know, that’s what resonates with people, a personal experience is what people are [really] going to get.

If I need to rhyme “tree,” it’s not going to be “free, he, she, we,” it’s gonna be “breathe”—the softer rhymes, the near-rhymes that are softer on the ear.

You can go through the alphabet. You don’t always have to go to Wiki-Rhymer, I like to let my brain roll with that [trick] to see what happens.

So, you don’t always wait for inspiration, you make the space and time for it and have tools in your back pocket for when you get stuck.

It’s lifting a muscle. You want to see results in your brain, you just do it. It’s just like being in the gym or being a doctor and learning surgery—not just looking at surgery but doing surgery.  You don’t just sit there and look and expect the tool to do it itself.

What are some interesting examples of how and when inspiration hits?

I get inspiration from everything, whether it’s crickets or a cicada buzzing or a washing machine that’s beatin,’ or a creaking door, a blues clarinetist on the street in New Orleans, or the visual of the top of Big Sur—that’s the closest to heaven as you can get right there. Even taste, smell, touch, feel—that’s all part of the human emotions that spark songs. Movies—there might be a feeling in there…like the Notebook, when he lifts her up in the rain…that’s like ‘Whoa!’

Why did you choose to record “Wicked Game” and the location for the video?

I heard that song on the radio, and that opening guitar riff gets you right away. Wow…and Chris Isaak’s voice is so powerful. I’m also a huge fan of Slipknot, they did a cover of that song and I heard that one. I love both versions and thought, ‘I’m gonna mimic it.’ It’s one of my favorite songs, very mysterious, very weird; it’s kind of the same vibe as “Smoke Rings in the Dark” by Gary Allan—eerie and weird, a Quentin Tarantino-type of song.

I had an idea to keep recording at “impossible” locations, just to keep challenging myself. I’ve got a video guy, Jeshua Booth out in Albuquerque, he did my “Sinners Saints video” too. He’s one of the best videographers I’ve ever worked with. And I thought “Wicked Game” would be a good representation for the ToneWoodAmp, because of all the sounds in there, like the wah, and the trem delay, the big plate reverbs, the decay goes for days.

What gear did you have with you?

All I had was my ToneWood Amp and my Collings guitar which has an LR Baggs Anthem pickup, a portable Apollo Twin. Jim Dunlop pics, D’Addario strings, Monster cable, the generator, a portable external hard drive, and an Audio Technica AT2020 mic, and a mic stand. And a separate pair of Shure headphones to talk to Zoom.

So that music we hear in the video is truly recorded on that mountain?

Straight on top of the mountain.  I did one dry pass, fully, and then another wet pass; I would pan that dry one to the left, and the wet one to the right, and then for the next set of chords, I would pan the dry one to the right and the wet one to the left. There’s a balance; there’s not a whole wall of wet stuff or dry stuff–it wouldn’t sound right. There’s not one plug-in on the whole deal. I have the whole session to prove it. I did a little compression in the Apollo Twin to keep the wind down…but it was the sock…it helped more than that.

You’re a big fan of Lee Brice and I understand there’s an interesting story behind meeting him.

I was playing a show in downtown Nashville. Lee Brice walks in, and he’s one of my heroes. I’m singing “I was 20 Once, Too” which I wrote with Rivers Rutherford and Glen Rutherford. I get done with that song and take a break, and Lee’s over by the bar and I go get a glass of water. He goes ‘Hey man, did you write that song?’ And I said, ‘Yeah, I wrote it, it was my dad’s idea, but I wrote it.’ He says, ‘Man, we should work together sometime, here’s my phone number.’ This is my hero giving me his phone number.

So just like someone gets a girl’s number and they wait too long to call, by the time I call him it goes ‘Doo doo doo! We’re sorry, the number you have called…’ Oh no! He changed his number. And he was at the top of his game with “I Drive Your Truck,” and all his songs.  I was out of luck. A few months after that, his brother Lewis Brice, who’s an amazing artist, came up to me and said, ‘My brother’s been trying to get a hold of you, you never called him!’

I called Lee, he was slammed, he was on the road with Willie. We played phone tag for a year or two and one day he calls me up, ‘Hey man! My wife has been writing these awesome songs, and co-writing. Would you be interested in doing some demos and record some of her songs and possibly write with her?’ I was like, oh yeah! And the first song we wrote was “Sinners Saints,” which we filmed out in the gypsum White Sands. And Lee ended up producing it, along with Rodney Clawson and Jacob Rice. Persistence and fate brings it back. God winks, is what I say. 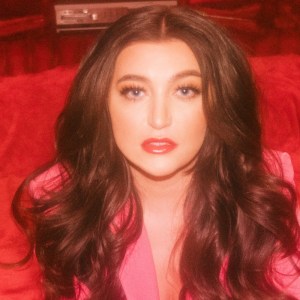 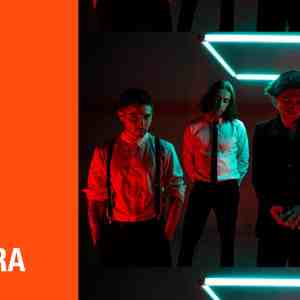