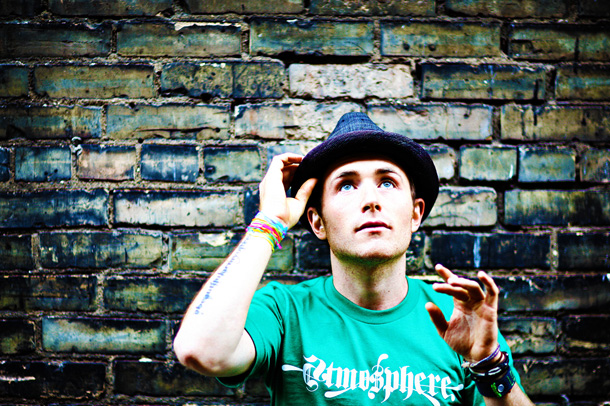 Jason Reeves is a singer-songwriter from Iowa City via Southern California signed to Warner Brothers. He also happens to be a professional songwriter in the more conventional sense. Though he has written with many artists, you most likely have heard his international hit with Colbie Caillat, “Bubbly.” Jason splits time between Nashville and Los Angeles, and his latest, Sticks and Stones, is available now.

When you are working on your own songs, do you typically start off writing on an acoustic guitar?

Well I started out writing on guitar for the first probably seven years. In the past two years I’ve been switching it up to piano off and on, just because for me it’s a totally different way to find a song. I really love both, but my main love in terms of writing songs is definitely the acoustic guitar. There’s something very magical in that instrument for me.

Writing songs for a living, and dealing in work tapes and demos all the time, how do you turn a work tape into a finished, fully produced track for an album?

That’s an interesting question because it’s different every time. My favorite thing about recording songs in the studio is that for the most part I don’t go in with too defined of a plan. I usually have a vague idea of what I want out of the recording and maybe an outline in my head. But especially for this record, even more than anything I’ve ever recorded before, I just went in and experimented and took chances that I’ve never taken before, and the songs  revealed themselves as we went along. A lot of the parts including the vocals on this new record are the first take or the second take, without really thinking about it. So it’s kind of an instinctual thing, and a lot of my favorite moments that happen musically are accidents. I guess that’s my favorite part about it.

I read that at least one of the songs was a demo in the studio, and it actually ended up being the master.

Yeah – its a funny story because that song, “Sticks and Stones,” kind of kicked-off the whole record. I wrote that with Jordan Lawhead and my other really good friend Danelle Leverett who is in the Jane Dear Girls – they are a country band on Warner Nashville — which is strange because I am on Warner LA, and I guess people kind of thought of me as a folk musician up to this point. So a folk musician and a country musician getting together to make a pop song is an interesting idea. Anyway we wrote that song and at the time, I had no idea that it was going to be for me. I just wanted to get a better demo of it, because the work tape we’d made wasn’t doing it justice.

So we asked people around town if they knew a pop producer — which is not the easiest thing to find in Nashville. We found out through a friend of ours that there was this guy named Adam Smith who could do a pop demo for us really quick. So all three of us went over to his house, which was actually an apartment, and he had his studio was in a little bedroom. We recorded the song in about two hours, one maybe. The vocal is the first take, it’s actually the first time I’d sung the song all the way through. Everything was very thrown together because we just thought we were making a demo and we needed to work as quickly as we could. But it came out so well that it literally became the master on the record. Working that way was so easy, it made me want to do the whole record with Adam.

When you started writing with Colbie Caillat, was that your first co-writing experience?

Yeah. I went out to California expecting to be there for about four days and record a couple songs with this producer. I met her the first night I was there, and I didn’t know anything really, I mean she was just this girl they introduced me to. We went back to her house and wrote a song. And I’d never really written music with anyone before. But somehow it just worked. I use the word magic a lot, but there was a whole lot of magic involved, because that first song we wrote is on her first record, Coco. It’s actually called “Magic.” I just ended up never going back home to Iowa. Her family kind of took me in and adopted me as their Iowa transplant. It was amazing. We just kind of hung out and wrote music almost everyday. it was unreal.

Now that you’ve had a bunch more co-writing experience, is there a particular time in the process that you realize, “This song probably will be one that I will record,” or maybe “this song is for somebody else?”

I try to write from the same place every time I write. I try to write from as real of a perspective as possible. I really want my exact emotions and feelings at that instant to be captured in the song. Sometimes maybe it’s just not the right time or not the right song. It’s easy to tell sometimes if i don’t want it. For the most part anything I really love and connect to, I immediately want for me myself (laughs). It’s kind of hard to give those songs away. It’s a good question, but it’s hard to answer because its situational, song by song. Sometimes you know they are not for you, but most of the time if I like it I will want to keep it.

Absolutely. I think it’s very important. I can definitely write songs by myself, and a couple of my most popular songs from last record I wrote by myself. But for me it’s not the same. And it wasn’t like I just set up a bunch of sessions with famous songwriters for this record. I literally wrote the whole record only with my close friends. We were for the most part just living life and hanging out. It wasn’t like a forced thing. So the songs would just come out of real situations, and that’s really the way I like doing it.

Your influences include Bob Dylan, James Taylor, Sufjan Stevens, and Radiohead. How do you go about taking such varied influences from varied sources and bring it into trying to write a modern pop song?

That’s a good question. I think I’m inspired by a lot of musicians and writers. Not just those ones. Those are the ones that made me really want to start writing music, and I really respect them a lot. But at the same time I don;t ever want to try and be like then or write like them because they are so unique and they have their own special thing. And I am just trying to settle in to whatever that is for me. I guess the more influences I can have, the more ingredients, maybe the more unique the soup of it all will become. Maybe that’s wrong though (laughs). Maybe it’s better to stick to just a few. I guess I’m still learning it. Like, I love Pink Floyd. They are going to be my favorite band forever. Just because of their sounds, the tones, the harmonies, the whole thing. But Radiohead too, all sorts of bands, Zeppelin, Joni Mitchell. Anybody that has something special and uniquely powerful, I am drawn to. It’s inspiring.

Here’s one of the hit songs, “Bubbly,” Jason has written with Colbie Caillat: 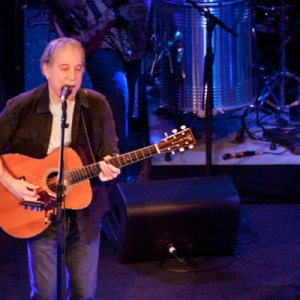