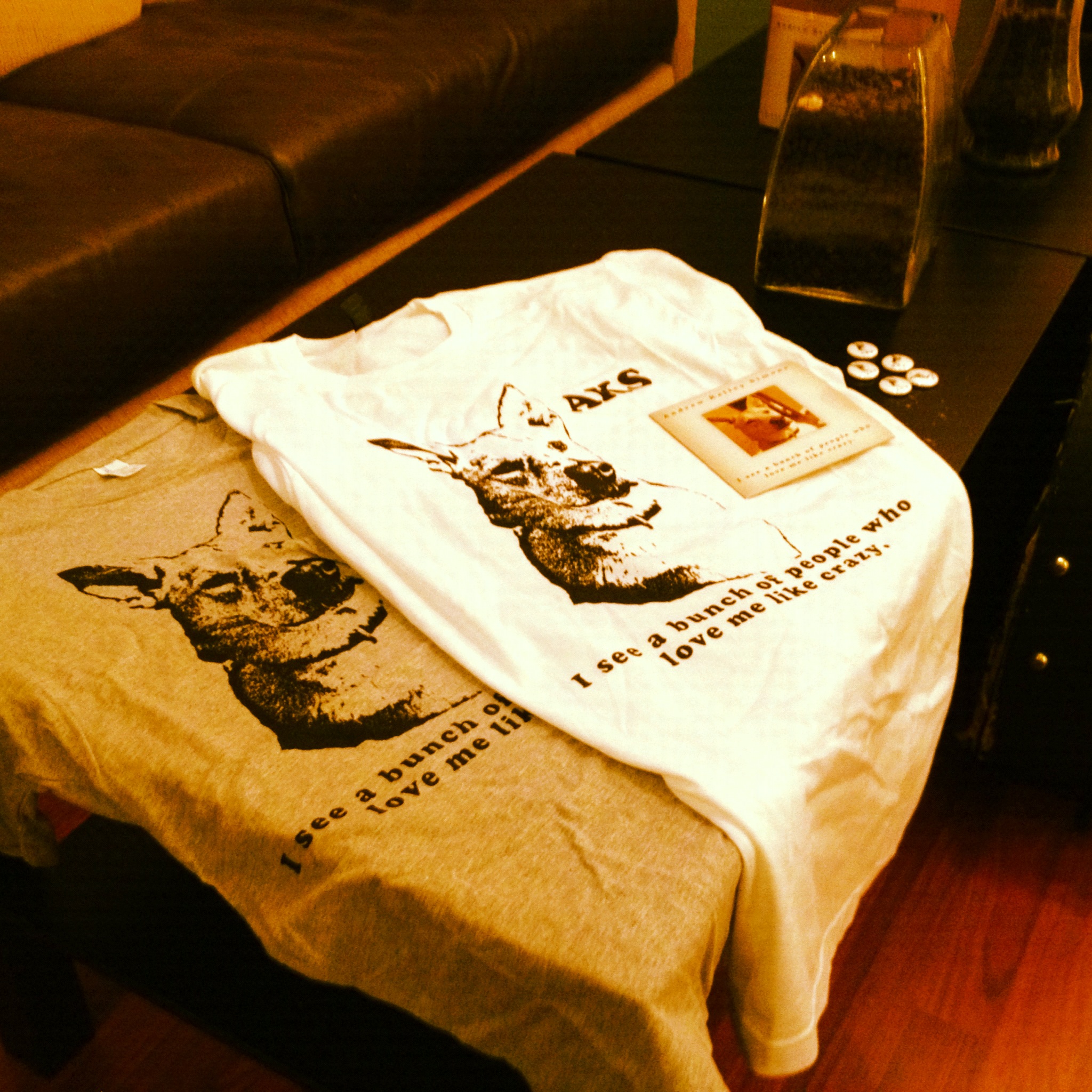 Andrew Kelley Simons finishes loading two Fishman SA220 Performance Systems into the trunk of his Honda Accord. I hand him a check and say, “That’s $2,000, big man. Hopefully it’ll carry you the whole way through.” Andrew pulls a T-Shirt and CD from cardboard box, shakes them at me, “I already put a little of it towards these bad boys.”

I hold up the T-shirt. There’s a portrait of a dog, the initials AKS and “I see a bunch of people who love me like crazy” written underneath. “Is this your dog?” Andrew laughs, “Yup! That’s Winston. And that’s an Intervention reference.” I like it. Good investment.

I ask AKS to take pictures and email me about something cool that happens each day. He agrees. We shake hands and he’s on his way, off to play 11 gigs booked at coffee shops across the northeast. It’s the start of The American Songwriter Coffeehouse Tour and Andrew Kelley Simons is the first singer-songwriter ever to win this opportunity from the magazine.

Below are the pictures and blurbs Andrew sent me throughout the tour:

RALEIGH, NC: I played my set at the New World Coffee House and received a two dollar tip from a little girl. First night of the tour and I’m already living the dream. Rock n’ roll.

RICHMOND, VA: Got to Globehopper Coffee and was greeted by an eccentric gentleman. I told him I had some time before the show, so he took me on a brief tour of the city. All was good until he yelled at me for looking at my cellphone. “Checking your mom-box? Call your mom on your mom-box, dude. I don’t care. I’M OUT OF HERE!”

He left me at the Poe Museum, where the employees were dressed in mourning, as it was the eve of the anniversary of Poe’s death. That night I played my set to a raucous 2 people and went to sleep in my hotel next to the cigarette factory.

CHARLOTTESVILLE, VA: There was a small, but very encouraging crowd of 10 people who were there to see me at Para Coffee. The show was a great success. I stayed with some old family friends who live near Thomas Jefferson’s Monticello, but I got a little lost trying to find their place.

VIENNA, VA: I listened to Chanticleer’s  “Shenandoah” and was brought to tears by the beauty of the Shenandoah Valley on the way to DC. I stayed with my first cousin once removed and was treated to wonderful hospitality and incredible food, a taste of home on the road. The show at Jammin’ Java was absolutely incredible. Friends and family came out, and it meant the world to me. I spent the next day exploring our nation’s capital.

ARDMORE, PA: My Uncle Richard met me downtown, took me to lunch, and we visited MilkBoy Coffee early to check out the scene. The staff was super cool and gracious. Their positive vibes were infectious. Members of my extended family were in attendance, and the show went very well.

NEW YORK, NY: I drove straight to Laguardia to pick up my girlfriend, Sara, so she could join me for the second half of the tour. When we got to the Path Cafe we met Niall, a fine Irishman and incredible host. I played two very well attended sets, even got some requests and singalongs!

BOSTON, MA: The road was taking its toll, and when Sara and I got to my parents’ house in the suburbs my dad told me, “You better clean up before Mom sees you.” Just then, she walked through the door and made the following noises, “Ughhhhh, eeehhhhh, nooooo!!!” Before the show, Sara graciously gave me a beard trim.

There were so many friends and family at Cafe 939 plus the good people from Fishman. I was incredibly touched and honored. My parents had never actually seen me perform before, so it was a treat to be able to sing for them in front of such a large crowd. I covered Neil Young’s “Harvest Moon” and ended my set with “Massachusetts” by the Bee Gees which received a beautiful singalong from the crowd.

HAMDEN, CT: We checked in at The Space and were encouraged by the amount of people already there. Close to 30. There were two openers, and one by one, the crowd shrunk to 2 people by the time I played. Oddly enough, I felt the show in Hamden was my best performance.

PITTSBURGH, PA: We had some time to kill on our drive , so we made a detour to West Point. There was a security checkpoint and I was asked to step out of the car by a guard while they searched my trunk, “Two guitars, huh? Who do you think you are?”

Once we got to Pittsburgh we grabbed a bite to eat and realized what a cool city it is, both culturally and geographically. The next day we met Cory from Fishman at Beehive Coffee, and I rolled through a great set  with enthusiastic response from the crowd.

COLUMBUS, OH: Kafe Kerouac is just off the campus of THE Ohio State University. I was enthused by the amount of people there (probably 50 or 60) but couldn’t help but notice that most were nose-deep in books. I set up onstage, started my set, and one by one, the flies started dropping. I carried on, not discouraged by their departure, and rocked it.

CHICAGO, IL: Chicago wasn’t originally part of the tour, but Sara helped book a show at Bow Truss Coffee Roasters. It was a particularly windy day in the Windy City, and the doors kept blowing open, letting a great funnel of leaves in each time. My set felt fantastic, and when I finished I was asked to do an encore. I did a version of Rihanna’s “We Found Love,” and closed out the night with “Dancing On My Own” by Robyn. Playing Chicago was so much fun, and I was honored to have so many friends and Sara’s whole family there.

When AKS got home to Nashville, I asked if him to sum up the tour as a whole:

“I found the juxtaposition of crowd sizes most revelatory; playing your heart out to a room of two people is equally important as playing to a sell-out crowd. Actually, it might be more important playing in front of those two people,” said Simons. “Touring 11 cities in 12 days has been the most exciting and gratifying experience of my life.”

We’re hoping submissions for The American Songwriter Coffeehouse Tour presented by Fishman (2.0) will open in early 2013. Follow @amersongspace on Twitter for updates. 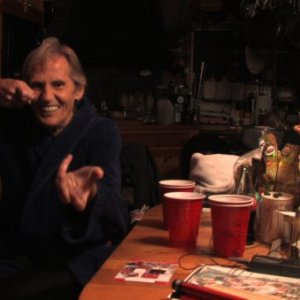 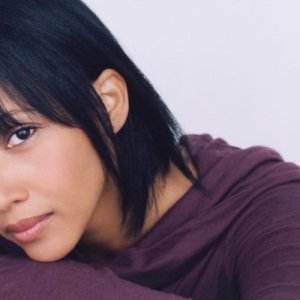