Some people’s creativity with musical instruments is so out there you can’t quite be sure it all makes sense, or if it will crash and burn on the side of the road. The Andretti, the nom de plume of New Jersey’s Joe Ferrara, twists and turns his way around a musical Le Mans endurance race with eleven adventurous, avant-garde tracks on his new release, “Suicide, Italian Style” before crossing the finish line, victorious, no matter what the charts say.

It’s an epic, rewarding trip for those brave enough to ride shotgun on his frenetic and fast-paced ride through a melting pot of surf, metal, Latin, Morricone, Italian Spaghetti Westerns, Blue Oyster Cult, Zappa, glam and “Repo Man” apocalyptic irony. Not all will survive, but that’s what happens on the road to the apocalypse.

“These songs are about the excesses of the ancient Romans, out of work soap opera stars who are now arms dealers, male prostitute blackmailers, race car drivers with a death wish, a castle made of junk auto parts that functions as a ‘lovers lane’ in some fictional border town, Faustian death cults, the New Jersey mafia and, of course, Kim Novak,” Ferrara tells American Songwriter. “Or they are not about any of these things. I honestly couldn’t tell ya.”

The title track is a reverb drenched Dick Dale-style romp through the small, winding roads of the Italian coastline if it were narrated by the Suicidal Tendencies, with quick, horn-filled jabs along the way to keep you focused. “New Jersey Jailbreak” is the perfect soundtrack for anyone racing down the NJ Turnpike for their final exit out of the state, flipping the bird after paying the last overpriced toll.

“Lyrically, there is no unifying theme except, perhaps, the songs all explore some of the darker and/or abnormal aspects of human behavior,” says the North Jersey-raised guitarist, now living in suburban Philadelphia. “Most of the time I just like to construct phrases that sound pleasing ̶ or displeasing ̶ when sung.”

“The album was motivated by a desire to create songs I find interesting and which incorporate many different styles, but still maintain a classic pop sensibility,” he says.  “Also,” he adds in his signature sardonic style,” I had nothing better to do.”

Ferrara enlisted Mars Volta drummer Blake Fleming to pound the skins on Suicide, Italian Style, along with a few other outside musicians, but the genesis of the songs is wholly Ferrara. The album title itself is a takeoff on 1960s films Love Italian Style and Divorce Italian Style.

“I don’t think the band concept is passe for everyone,” he says, “but I certainly think the notion of music being presented as the sum total of a small collective of people’s efforts, and then that music being absorbed through the prism of a perception of that group that is formulated by marketing the style or personality or demographic that “band” conveys through its media presence, is a pretty stale tactic.

Ferrara is delighted in the challenge the record lays out. “Every track twists and turns through a labyrinth of shifting genres and time signatures. It is stylistically epic in its breadth. There are no non-sequitors, only interesting surprises. If the atmosphere of a palm-muted baritone guitar dripping with spring reverb piques your interest as much as throat-shredding, amp-melting intensity then you will enjoy all the journeys contained within Suicide, Italian Style.” 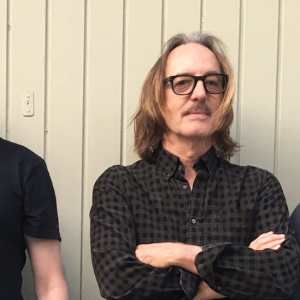 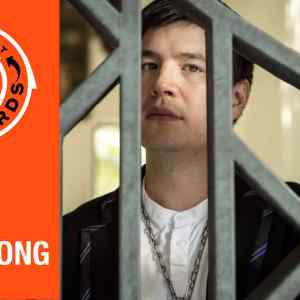