“It’s like an ’80s rom-com directed by Dario Argento with weird, creepy scenes in it.”

Butch Vig is trying to describe Divine Accidents, the second release from 5 Billion in Diamonds, and perhaps these retro-romantic and creepier elements can begin to explain its mise-en-scène. Caught somewhere between the 1980s and ’90s with psyche and post-punk fuses, Divine Accidents is a continuation of the cinematic concept created by 5BID’s core producer trifecta of Vig, Andy Jenkins, and DJ James Grillo.

A follow up to 5BID’s 2017 self titled debut, Divine Accidents (Make Records), out Nov. 20, follows the the band’s conceptualized idea of an imaginary film score.

Once 5 Billion in Diamonds was released, the band immediately started piecing together the next collection of songs by 2018, and recorded the new album by August 2019 with everything mastered and by January 2020. While the first album was a bit more arduous with the trio trying to lock in the right vocalists for their mostly instrumental pieces, when it came time to piece together Divine Accidents, Vig, Jenkins, and Grillo wrote songs tailor-made for each singer.

“Knowing their style, their range and their vibe, it was much easier when we gave them tracks this time,” says Vig. “It was like putting on a form-fitted glove. Because of that, I think this record sounds a little more confident.”

Penetrating in its scope, Divine Accidents was no accident. Even though it was written prior to the 2020 pandemic, many of the songs reflect the effects of isolation, disenchantment, and uncertainty.

“To me the best lyrics are songs that can be interpreted by the listener,” says Vig. “If you don’t get hit over the head too hard with what the song is about as a listener, you can form in your own mind what you think it is. There are quite a few songs on this that reflect the craziness of 2020, either trying to escape it or acknowledging this insane world we live in.”

Cracking into Divine Accidents, the alt-fuzz title track has Lundberg and Schezel harmonizing on the chorus, while Helen White summons Françoise Hardy’s delicate essence on “Colour You In.” From the start, the musical shape shifts of Divine Accidents are palpable. Bagshaw comes in on a psych-rocked “Let It Get Away from You” with Barnard slowing down on “The Unknown,” before one of four duets on the album, a Vig-and-White pairing on the more provocative “Formaldehyde.” Schezel takes on the gaze-y “Into Your Symphony” while Nico-induced vocals return White on “Hurt No More.”

“Sonically, we tried to tap into what we did in the first record, which is borrow references from film soundtracks, as well as obscure records that we listen to from the late ’60s, early ’70s,” says Vig. “We definitely tapped into the ’80s, and even early ’90s on this. ‘Into Your Symphony’ is a total reference to The Cure and New Order, because we love those bands.”

Like some predestined message, “Weight of the World” takes on the heaviness, disruptiveness, and chaotic nature of the current times moving through some frenetic lyrics I wanna give you my memory, because it’s hard to record / The things I’ve done are so incremental / They drain on me… I need to swallow my pills, because I’m losing control.

“To me that song is sort of celebrating the craziness that we live in,” says Vig. “He’s [Lundberg] kind of tripping out in the song and having a hard time focusing… It’s sort of a mutant cousin to R.E.M.’s “It’s The End Of The World.’”

Showcasing more of the album’s layered instrumentals with Lundberg and White on “Witches,” Divine Accidents becomes less hectic towards its close with Schezel and White drifting in and out of “Bodega Bay,” while “Dive In Me” leaves a tranquil ending.

Sequenced as a soundtrack, as Vig started producing the album he ran all the songs through a chain to find continuity.

“I split the singers up so there was some differences from song to song as well as dynamics from louder to faster to slower,” says Vig. “To keep continuity, I lined all the rough mixes up and started running them through a chain, so they were all going through the same processing—the drums, the bass, the keyboards, the vocals—and kept flipping it around. I always listened to records all the way through, and I wanted a vibe, something that connected everything.”

For 5 Billion Diamonds, Vig says the singers all have free rein to add vocals and melodies and have a creative hand in where the song is going. There’s just one rule: “There are no vibe crushers in the band,” says Vig. “Anybody who’s a bummer or downer, or brings bad karma, or is just a grumpy old fuss pot, they’re not going to be in 5 Billion Diamonds. Everyone we work with is fantastic. It’s been a great, exciting, and just a fun band to be in.”

Next year, the band will release a double vinyl by Record Store Day, which will also include a bonus cover song by The Velvet Underground & Nico with White on vocals.

In between working with 5BID and other projects, Vig also finished up Garbage’s new album, a follow up to 2016’s Strange Little Birds, which will see its release by the summer of 2021. Citing a recent photo singer Shirley Manson posted of their first show together at the 7th Street Entry in Minneapolis, Vig says it’s hard to believe their debut Garbage was released 25 years ago.. “I remember those first few shows were just chaos, because we didn’t know what we were doing,” he says. “But holy shit, that was 25 years ago. It doesn’t seem like a long time ago.”

To record the new album, Vig says they regrouped at a house Palm Springs, CA for two weeks and just jammed. “We sort of made a rule that nobody could bring any pre-formed songs,” says Vig. “We started noodling around and playing until we sort of fell into some chord progressions or grooves, and Shirley would bring in a melody or a vocal, and we ended up writing about 30 jams.”

Of the dozens of songs, 11 made the final album, and everything was recorded by March 15, just before lockdown. Mostly written by Manson through the beginning of 2020, Vig says the new album is reflective of the insanity of the world at the moment. “The record is quite dark,” he says. “There are a couple songs that are very beautiful and kind of slow and have a lot of open space to them, while some are much more jagged and fractured, almost schizophrenic sounding.”

Even after a brief hiatus following 2005’s Bleed Like Me, Vig says there’s a reason why Garbage keeps coming back together.

“We’re very close as a band,” says Vig. “That’s one of the reasons that we’re still together. We share a lot of similar sensibilities, but we genuinely like each other. They’re like my little brothers and sisters.”

With production of Nirvana’s Nevermind, along with dozens of other artists like The Foo Fighters, Muse, Sonic Youth, The Smashing Pumpkins to his credit, Vig still enjoys tapping into his two personalities: musician and producer.

“I’m lucky I can do both,” says Vig. “It’s two different sides of my brain. Being in a band is a lot more open where I can be a musician, I can be a songwriter, I can be a producer, or I can just be the guy that orders food and cracks open bottle of wine. As a producer, I’m well aware that it’s not my music, so my job is to be objective and try to make sure that the band’s vision is realized. It’s a different sort of mentality, but I like that I can flip between those two.”

Vig adds, “I can be in a band and I can move off that for a chunk of time and just be a producer, and then be back in a band again. I’m really lucky. I think that’s been healthy for me. I’ve been making music for over 30 years, for my whole adult life. It’s just great that I can still do this.” 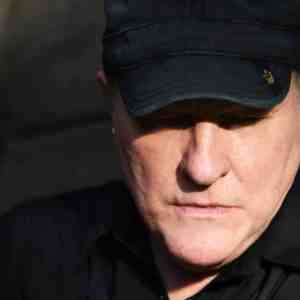 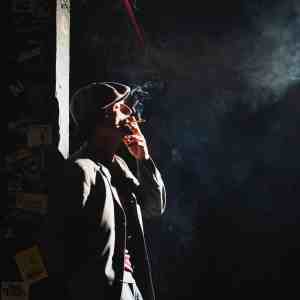