Welcome back to the ’90s, folks. Some of us fondly recall the era as being full of Friends episodes and Beanie Babies, while others will cringe at the spiky hairdos. But, whether you recall this decade with warm nostalgia or general disdain, we can’t ignore the musical movements happening in those 10 years.

So, to spotlight just one of the evolving music genres of the ’90s, read below for nine of the best R&B songs from this period.

Right in the middle of the decade, Montell Jordan released his biggest hit, “This Is How We Do It.” We couldn’t think of a better place to start this list than with Jordan singing, this is how we do it, over a giddy dance track.

“Real Love” is a single off of Blige’s debut studio album, What’s the 411? and one of Blige’s most popular songs to date. It’s a soulful and upbeat statement from R&B pioneer Blige as she searched for Real love, I’m searching for a real love / Someone to set my heart free.

What’s more ’90s than the swaggering head-bopper “No Diggity”? Not much, we can assure you that. “No Diggity” quickly became Blackstreet’s most recognized song, and it toppled the 14-week reign that Los del Río’s song “Macarena” had on the Billboard Hot 100 chart.

The success of Carey’s “Always Be My Baby” officially put the singer in the league of industry giants like Whitney Houston and Madonna. This tune, specifically, does showcase Carey’s legendary range, but it also displays measured restraint from the singer.

Championing vocals as smooth as their lyrics were the members of Boyz II Men. One of their most poignant tunes, “End of the Road,” has particularly emotive characteristics as the group sings: Although we’ve come/ To the end of the road/ Still I can’t let go/ It’s unnatural.

Interestingly, “Are You That Somebody” was initially recorded for the 1998 film Dr. Dolittle. Producer and rapper Timbaland co-wrote the track—along with Static Major—and performed the featured rap sections on the song.

Enter “The Voice,” Whitney Houston. Not only is she considered one of the greatest vocalists of all time, but she helped pave the way for the Black female artists that followed. “All the Man That I Need” is one of the many songs that secured Houston’s legacy.

“Remember the Time” is warm and nostalgic, while also downplaying Jackson’s trademark shrieks. Do you remember the time?/ When we fell in love, Jackson sings. It’s a true showing of the King of Pop’s breadth of talent.

“Poison” by Bell Biv DeVoe centers around the line, never trust a big butt and smile. Why? That girl is poison. This ’90s staple is all about avoiding toxic relationships, and it eventually became the most successful song in the Bell Biv DeVoe repertoire. 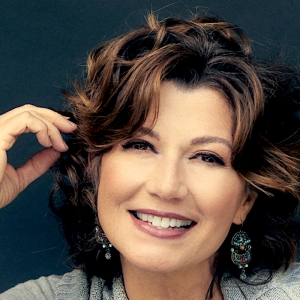