It’s been a hell of a year for the iconic trio formerly known as The Dixie Chicks. For over three decades, the three-part harmony of Natalie Maines, Martie Maguire, and Emily Strayer has delivered music in the traditional Bluegrass tradition, with a twist. Masters of the fiddle, banjo, and mandolin, The Chicks have never really considered themselves country. The multi-talented, multi-platinum, multi-grammy winning, multi-million records sold group demands the attention of the industry and fans that “canceled” them many years ago.

Their latest record, Gaslighter, released today, is a tell-all catch up from the last fourteen years. It unravels details, slowly piecing together the events leading up to their shattering intro single in March. Marriage, divorce, children becoming adults, and political turbulence charge through The Chicks’ new collection.

Along with the record, The Chicks dropped a blue-tinged video for the second track, “Sleep at Night.” It’s a comedown from “Gaslighter,” the anthemic album-opener, outlining the same heartbreaking story but with more vulnerability and desperation. Maines works through the stages of mourning for the life she created with her now ex-husband – but this time with less anger. The lyrics walk the line between phases of depression and acceptance.

“My husband’s girlfriend’s husband just called me up / How messed up is that? / It’s so insane that I have to laugh,” Maines sings. “But then I think about our two boys trying to become men / There’s nothing funny about that.”

Much like the “Gaslighter” video, Maines is a central figure speak-singing directly to the camera. In thematic fashion to the rest of the album, she does not walk alone. Maguire and Strayer stand in as pillars, at times physically propping up their friend as she attempts to finish telling her story.

The two convey their excruciating disapproval of the song’s subject with austere body language. In just one shot, the video follows the three women down a desert highway. Hues of heartbreak cast gloomy shadows across their faces. Dim reflections of dizzying neon lights serve as a spotlight for Maines, singing her way through the swelling pain.

“How do you sleep at night? / How do you tell those lies?” she repeatedly pleads throughout the chorus. “Lookin’ me in the eye / Livin’ a double life.”

Lyrical evidence collected throughout the album points to an affair that led to the demise of Maines’ marriage to actor Adrian Pasdar. Pasdar, the father of her two sons, attempted to hold up the album release, claiming it breached a confidentiality agreement. The Chicks track-record as vehement critics of their enemies, both personal and political, have placed them in the hot seat for over seventeen years. Depending on who you ask, this quality is either their superpower or their kryptonite. They delivered this record in an exemplary manner – their only restraint was not naming names.

Watch The Chick’s video for “Sleep at Night” below from the long-awaited, highly-anticipated Gaslighter. 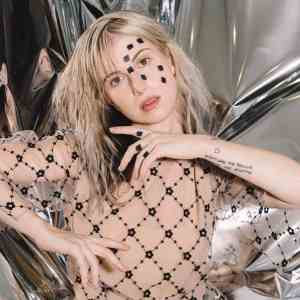 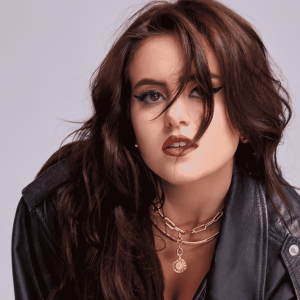