“Everything is a natural progression,” said Kelsea Ballerini of the process that led to her new album, Kelsea. Unlike the previous Unapologetically, on which the songs all connected into a chronological story, this one has a looser structure. Recorded on the road and in her bedroom, she wrote for two years, then let the music tell its own story.

Released on March 20, Kelsea reveals more about her true self, with stories revolving around her life, insecurities, and reminiscences of her hometown.

Titling the album by her first name was a deliberate signal that this one is more personal than anything she’s done before.

“I’m writing about my life,” she said, “the songs that are more internal than external. Self-awareness would be the word I’d use to describe it the most. I wrote my first record when I was 19, my second when I was 22, and this one at 25. There was so much self-discovery happening in those years. With this album, this was the first time I’ve opened up about what it all looks like to me.”

Kelsea, she said, is a “first-name basis album,” more revealing than what came before. As the songs emerged with a raw power, she realized they required little revision.

“It’s just how I wrote it,” she said, “and how I was feeling—in a more unfiltered way than I’ve been before. There’s more texture on it.”

Mixing R&B and Soul into this effortless pop-country fusion, Kelsea is a full expression of where she’s at today, a long way since her 2015 debut, The First Time.  In 2017, she married the Australian country singer Morgan Evans, and in just five years, has picked up two Grammy nominations, seven CMAs, six CMT titles, and two ACM awards. Currently she’s nominated as Female Artist of the Years at the ACM’s 55th ceremony, scheduled for this fall.

A heartfelt track that hits close to home, literally, for Kelsea is “half of my hometown,” which features backing vocals by Kenny Chesney. It’s an ode to her hometown of Knoxville, and her struggles with wanting to stay but needing to go.

“I wanted to ask what it’s like going back home now,” she said, admitting she’s not sure she can sing it live without tears.

“I think I was so eager to get out [of Knoxville] for so many years, because I wanted to be in Nashville, and I just wanted to be a country singer. [It wasn’t] until writing for this album the last two years, that I realized [Knoxville] is one of the best places in the world.”

In the last two years, she said, she’s spent more time in Knoxville than her entire time living in Nashville.

“I just think there’s something about it,” she said. “You can really discover more about why you are the way you are when you go back home. I write a lot about home and high school, because it’s fascinating to me. Everyone either hates or loves their hometown, and there’s a reason why.”

Duets were a new avenue for Kelsea, who has never collaborated on her albums. The dynamic with Chesney is mirrored on the more sultry R & B-pop motion of “the other girl,” a duet with Halsey that she wrote with producers Shane McAnally and Ross Copperman.

“I’ve had two albums that have been successful without any features,” she said, “So I decided I would only have features on this album if it’s really going to add something special.’”

She worked on her vocals while on the tour bus, and Halsey contributed her parts remotely from a Los Angeles studio. “If you isolate my vocals,” Kelsea said, “You can hear the bus rumble.”

When Copperman and McAnally played her the track for the song, she was drawn by its darkness and angst, and liked the idea of singing “the other girl” with another woman.

“I haven’t heard two women do a song together in a long time, so we did,” she said. Kelsea went to Halsey’s house to play her the song, and the “Bad at Love” singer immediately signed on. Because Halsey is such a prolific songwriter herself, Kelsea was honored that she agreed to sing on this song. But it’s a song that appealed to her, as Halsey said in an interview with The Boot.

“There’s so much music in the world about cheating partners,” Halsey said, “and people wanna pin it on the other girl, and make it the other girl’s fault. So it was so cool for us to be coming together and being like, “You know what? Forget him. We’re not gonna hate each other.”

On the album closer, “l.a.,” Ballerini tapped into her insecurities about visiting Los Angeles:

I’ve got some famous friends that I could call
But I don’t know if I’m cool enough
And what’s worse than spending time alone
Is one of them not picking up.

Of the city itself, she said, “Everyone is kind of famous, or at least they can be. Sometimes it can make you feel disconnected or unapproachable. I don’t consider myself a celebrity. I hate that word. It’s just the social anxiety of the celebrity culture that we’re all in. These songs were trying to figure out my place in all that.”

“She wanted to go deeper on personal matters, and she wanted to cover a wider range of topics,” said Galyon. “I really think that speaks to how solid she is as a writer.”

Producer Jimmy Robbins said Kelsea’s more hands-on approach is evident throughout the tracks, from just tinkering around on guitar, to added melodies and beats.

“We didn’t sit down and say, ‘This too country,’ or ‘This is too pop, “he said. “It was just wherever the songs wanted to go. Her voice and her sound and her songwriting is really specific to her, so I think you can kind of do whatever you want, and it still sounds like a Kelsea Ballerini song.”

Unlike the themes of many of her Unapologetically songs, the subject of love is absent from the new album. “I hate love songs,” she said. “It’s not my thing.”

Many songs emerged from conversations with co-writers. “If I’m in the room with people that are also my friends,” she said, “we talk for hours first. We’ll talk about where we’re at in life, and that’s always where the ideas come from—just being comfortable enough to be honest with them.”

Although her father worked in sales at the country radio station WIVK, she was drawn more to Top 40 and other kinds of music. She wanted to write songs, though she didn’t play an instrument, so sang melodies into GarageBand, and wrote lyrics to them.

“I didn’t know really where it fit,” she said, “and then I heard the song ‘Stupid Boy’ (Keith Urban), and that triggered me. I thought, whatever that is, that’s what I’m doing.’”

“Those four albums were really my introduction to country music,” she said. “I had obviously listened to Shania [Twain] and Garth [Brooks], but I never associated them as just country artists. To me, they were mainstream media celebrities.”

She insists she’s a country singer because she grew up on a farm in East Tennessee. “[I was] literally on the same land as my cousins, my aunt and uncle, and had room to run,” she said. “We went to church twice a week and cooked fried chicken—the stereotypical country lifestyle—so it’s hard for me to say, if my childhood was different, who I’d even be, let alone what I’d sing.”

Now much of Country music is mainstream, she said, and there’s a lot of heavily pop-influenced and even hip-hop, R&B-influenced country, but since it’s such a massive genre, it needs to be represented on all levels.

“I think I’m just more comfortable with my kind of country, if that makes sense,” she said. “I also think that, as a songwriter, which is what I am first, I wanted the production of the record to match the song, and not for the song to fall in line with a certain style.”

“If country music really is all about the song,” she added, “then that’s what I should have done all along.”

Luke Levinson contributed to this feature. 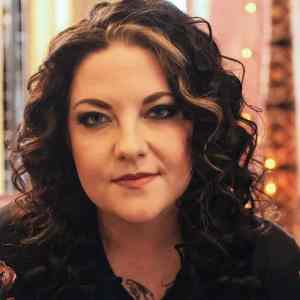 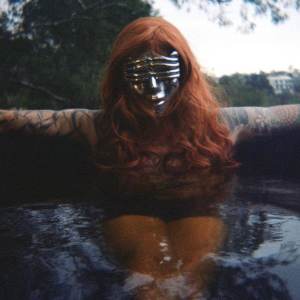