When the current U.S. administration empowered border agents to imprison illegal immigrants coming over the Mexican border in crude cages and cruelly split children from their families in the Spring of 2018, Sarah Bowman of The Bowmans was devastated. Feeling helpless, she was compelled to write a song, decrying these actions. “I remember receiving another batch of unbearable news from Washington, when a heavy, quiet rage filled my bones and lured me to the piano,” she recalls. “It was the middle of the day. I think it was the news about families being separated at the borders, or one of the many horrors we’ve had to endure over the past few years.”

Like many compassionate Americans, the unfolding events at the Mexican border filled her with sorrow and anger. This rage spurred her to write their latest single “The Digger” from their upcoming album Scrutiny.

Tackling the issue of capitalistic exploitation that has taken over the federal government in a dark and shady manner, “The Digger” exposes The Bowmans’ disdain for the corruption that has overtaken the White House. “I was compelled to use my voice to at very least express my contempt, and, at most, reinstate my belief that good will prevail over evil,” she adds.

Voicing a broader, more philosophical interpretation of the lyrics, twin sister Claire explains, “I hear my own voice in this song, encouraging me to liberate myself from the feeling of inferiority I get from habitually worshipping empty opulence.”

While the pointed origin of the song focuses directly to the current administration which is thankfully on its way out in early 2021, Sarah took a more symbolic approach to the lyrics and veils the target of her criticism as a standard literary archetype: the bad guy.

“The current catastrophe in America is quintessential of a fantasy plot line,” she explains in a rather baroque fashion. “’The Digger’ is a villain that was vanquished but not dead, who has weaponized fear to retain power. We believed in a just social order, which has been stealthily destroyed by corruption and greed. Now, we realize that we have to flush out the depraved underbelly of our society like power-washing the caverns of hell.”

Writing the song was cathartic for her, allowing her to release the pent-up frustrations that had been building. “The song was on the page within minutes, with hundreds of tweaks ahead, of course,” she laughs. “I remember feeling afterward like I was steering the ship again, as my helplessness turned into strength. I hope that when people hear this song, they can start to process these very dehumanizing events – and feel more in control again.”

The accompanying video is a pastiche of close-ups of Sarah, Claire and guitarist Christian Winiker, interspersed with images of hallways, urban textures and clocks. “The video scenes were shot not far from home during the pandemic,” Sarah divulges. “The images are obscured and altered to mimic the complex emotional depth of the song. The viewer gets a close look at us and our faces, amid the bleak surroundings, each of us exhibiting a stoic and penetrating gaze. The heroes, if you can spot them, are poised to take on the monster. Is he lurking just beyond the frame, or are our protagonists possessed by him? The characters undergo Jekyll and Hyde-like alterations, leaving us wondering which one the Digger is, while everyone eventually dissolves into a space between two worlds.”

Claire chimes in, adding, “So often, the very brand of success that we look up to is achieved through exploitation, and that isn’t something I value at all. It’s really time to send these diggers on their way.”

Thankfully, with the days of the cruel and heartless administration dwindling, the balance of good vs. evil is beginning to be restored.  Sarah is hopeful. “Being in America right now feels like facing real monsters,” she concludes, anticipating the day when America restores its humanity. “Beneath the music, you can hear the earth-shaking tension between the gathering darkness and its growing resistance, reflecting what many Americans are experiencing today.”

But before they turn their backs on the president and leave him in the dust, Sarah has a final dig, ridiculing him for size issues. “This whole world leaves you no place to escape to,” she sings before delivering the final zinger. “We’ve got bigger hands than you.” 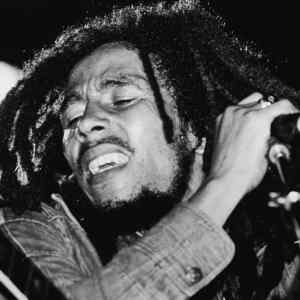 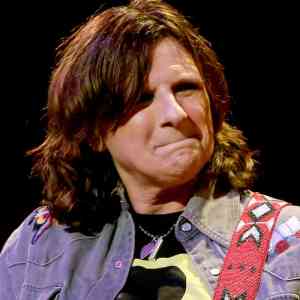