Today–just days after it was reported that March 2020 marked the first March without a school shooting in the United States since 2002–Alabama indie rock trio The Dirty Clergy share a harrowing new cut that was written in the wake of the single deadliest high school shooting in U.S. history.

“‘Homesick’ was written after the Parkland school shooting at Stoneman Douglas High School,” Dirty Clergy’s singer, songwriter, and guitarist Brian Manasco tells American Songwriter of the track, which premieres below with a bone-chilling video. “I believe we, as a country, are better than this. It is a shame that students can’t get an education without the thought of this happening. It is also a shame that this has almost been normalized–they practice drills for this kind of thing. Nothing should be off the table to prevent these acts from occurring.”

Musically, “Homesick” is a soaring synth-rock number that unfurls in slow motion. What begins as a mournful remembrance of the Parkland shooting eventually transforms into something devastatingly universal.

“When they told seventeen dead / Nothing left that can be said / Broadcast news and cigarettes / You close your eyes and turn your head,” Manasco sings in an early verse before turning his attention to the politicians who’ve opposed gun safety legislation: “Send your thoughts and send your prayers / No action means that you don’t care.”

The video–which depicts high school students and staff members responding to a dramatized shooting–is just as powerful as the song.

“I wanted the video shot locally at my former high school–Winfield City High School in Winfield, Alabama,” says Manasco of the production. “I am sure some people will have negative things to say, but it is what it is. It can happen anywhere. Until sweeping action is taken to prevent it, don’t look for anything to change.”

“Homesick” follows the Dirty Clergy’s latest single, “Lucy,” and will appear on the Birmingham band’s forthcoming album, In Waves. The trio is currently rounded out by bassist Ky Carter and drummer Cody Moorehead (Lester Nuby III on the record), with Lauren Strain providing backup vocals on “Homesick.”

Recorded at Birmingham’s Ol’ Elegante Studio and produced by Manasco and Nuby, In Waves is out May 22 via Cornelius Chapel Records and arrives almost four years after the band’s previous record, Rattlesnake. You can pre-order In Waves here and learn more about gun safety legislation here. 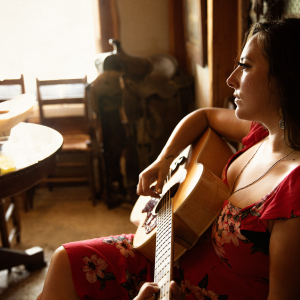 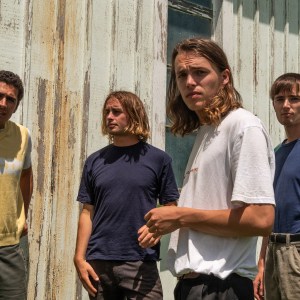