Just a few years ago, Canadian rockers and local darlings The Dirty Nil won their first Juno Award for Breakthrough Group. And there was no band more deserving. They exude the essence of a garage band, still writing and making music in a room that is entirely too loud, jamming and seeing what sticks.

The best of both old and new rock and roll, The Dirty Nil sticks to their guns and listens to no one besides each other. It’s a mentality they have stood firm with since their formation and even after accolades like Juno, they aren’t straying from.  Their forthcoming album Fuck Art out tomorrow, is testament to that, hailing to metal and rock gods like Slayer, Motorhead and Metallica. And though listeners will undoubtedly hear those influences, if looking for it, The Dirty Nil presents a heavier music with a balanced presentation including pop-punk elements and vulnerable lyrics.  But they never forget to have a good time and tear it up along the way.

Lead single, “Doom Boy” is their best effort at showing both sides of themselves in one epic song about listening to Slayer with friends in a minivan.  And of course, they slipped as many Slayer nuances into the song as humanly possible, with quirky verses, thrashy riffs and percussion. And the group took the thrashy rally song further accompanying it with a video that offered the band their own 80s glam dream of destroying a van.

“We did have a conversation on how many Slayer moves we could throw into one song,” frontman Luke Bentham told American Songwriter. “Like how many how many times can we rip off Slayer and Metallica in one song? We just have a lot of fun you know? We believe that nothing is sacred. And everything is to be ripped off. You have to try and confuse and amuse as many people as possible. That’s kind of our mission statement.”

But like any great rock band, they have somewhat of a more serious side, because ballads are a must.  “Done with Drugs” is less of your traditional “Every Rose Has Its thorn” or “Fade to Black” ballad, but it’s the closest The Dirty Nil could get.  The song mulls over important topics both relevant to the guys and society, like social media and drug use in your twenties.  The song that screams, ‘I’m done with drugs, I hope they’re done with me,’ renders an equally honest and satirical portrait of an experience Bentham views as rather personal.

“It is definitely influenced by my own maturation and getting certain things out of my system that I had fun with in my 20s but a lot of it is also just from just, I just kind of I advise social media and how people use it and kind of in a in more of like a morbid fascination, and it’s kind of humorous to me. A lot of a lot of songs are influenced, especially on this album by social media and how people use it. And I think misuse it to.”

Get it on vinyl
Pre-order price lock
Buy from Amazon

“That song in particular was more or less a reflection of what I’m seeing a lot in social media,” Bentham continued. “And last year, when I wrote the lyrics, I was 29. I was kind of just collecting all the stuff that I was seeing online. Which was all these people declaring that they were done with smoking, fast food, drinking and all this stuff.”

Accompanying The Dirty Nil’s anthemic nature on “Doom Boy,” “Done with Drugs” is the thrashiest “Ride or Die.” With lyrics inspired by Bonnie and Clyde, the song is the heaviest offering on Fuck Art. The sound is the most authentic portrayal of what comes from the band’s old-school writing approach. Playing guitar through blaringly loud amps in a tiny room together is the only way the band knows and wants to create music. And it’s almost a dying art, with so many artists stockpiling music for later and writing with a producer, which Bentham argues often leads to less-than music.

“Having a producer hold your hand and make your stuff all leads to garbage music that will all be fucking forgotten, in my opinion,” Bentham said. “No offense to our peers and friends that conduct their operations in that way. I think that the only way to really be a proper, really good rock and roll band is playing all the time. And that’s the only way where you really find and create moments together.”

The Dirty Nil has of course experienced the same pressure from industry folks to churn out hits and work with producers, but always said no, for a lack of better words.  They would rather have complete creative control and do it their way.  And jamming in a room together only utilizing a sound engineer was the way to go.  But it’s not without disagreement.

“Let’s be honest, jamming together often sucks,” Bentham said. “It’s tough because people have different ideas about how they want to hear things. And if you’ve ever seen the movie, Some Kind of Monster, the Metallica documentary- that’s what every single band is. Lots of conflict and emotions.”

“And a lot of bands don’t want to open themselves up to that,” he continues. “They want to take the path of least resistance and work with a producer. But I’m suspicious of anything that is less work than we’re accustomed to putting in. And we’ll never do it any other way. We’ll get together in the same practice space we’ve had the whole time, which is just a small concrete box, that sounds terrible. And then we bash it out together for a year, kill each other, finish it, get it out, celebrate and then we move on.”

And The Dirty Nil has so much more to celebrate with each other in 2020 contrary to belief.  Even as a band whose strength comes through in a live setting, in a year where touring is hands off, the have experienced many wins with their creativity, which is what really counts for them.

“I honestly have never felt personally more driven even when we can’t tour.” Bentham said. “It’s just been a very engaging year; the most engaging year I think I’ve ever had. We have figuring everything out and coming up with ideas as a group. Obviously, we’re kind of leaping into the unknown here releasing an album and having really no touring behind it. But we do have quite a few more tricks up our sleeves before and after the record comes out.”

Fuck Art is out everywhere January 1 and you can grab a copy here and ring in the new year right with rock and roll and the hope for live shows. 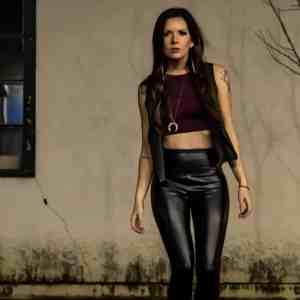 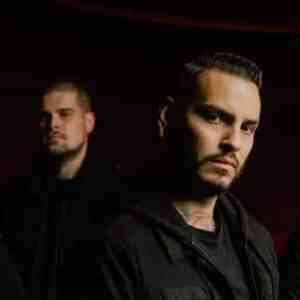