Within The Ruins vocalist Steve Tinnon was like any other teenager when it came to wanting to fit in. And when all his hip-hop enthused schoolmates teased him about listening to nu-metal bands like Korn, he conceded- for that moment anyway.

It was introspective flashes like these that spawned songs like “Outsider” and much of the material on Within The Ruins latest offering Black Heart. Though this adolescent memory of the bitterness of school-age phases only scratched the surface of what Tinnon had to say on the album, especially as a newly transitioned member.

“I kind of came in with a lot of personal things I needed to talk about,” Tinnon told American Songwriter. “When I was joining, I was on and off dealing with a terrible relationship of almost two years. Some of my friends and circle started to change. I lost a job for the first time ever. Slightly before that my mom got diagnosed with Alzheimer’s. One of my closest friends took his own life, almost four years ago now. So, there’s a lot of personal stuff, anger and dealing with all that kind of stuff that I needed to get off my chest.”

With so much boiling out of Tinnon’s creative psyche, guitarist Joe Cocchi backed every idea Tinnon had, even to the extent of adapting some of his own style and approaches to fit what Tinnon was presenting.

“When I first started the recording process, I was bringing a lot of that anger and Joe wasn’t really knowing what to expect,” Tinnon said. “But he put his full trust in me which I was appreciative of. And he was like ‘just do your thing.’ And he actually ended up changing how he was writing a little bit to (match) what I was saying lyrically. And the band had some things that they were upset about as well. So, it was a perfect kind of pissed-off storm of brutality, I guess.”

The apparent and instant trust between the new vocalist and Cocchi was actually not instant at all. Tinnon had been a fixture in the same scene for quite some time and had previously been in a different band with bassist Paolo Galang before meeting Within The Ruins in what Tinnon recalls as the ‘Myspace days’ in 2009.  This relationship also impacted the transition between previous Within The Ruins vocalist Tim Goergen and Tinnon.  Instead of rivalry, the change was amicable and almost congratulatory between Tinnon and then vocalist Goergen, who had to leave mid-tour in 2017 due to health issues.

“I was lucky that Tim and I had been good friends for a long time,” Tinnon said.  “When we were making the switch, he was very gracious about. He was like ‘if anybody is going to do it, I’m glad it’s you. So, it was good having his blessing from the beginning.”

Still, Tinnon felt the pressure form diehard fans to fit into a role. Within The Ruins has a solid fanbase and hundreds of thousands of followers on social media, so one can see why Tinnon would be worried.  Within The Ruins has dominated the metal scene as a deathcore act, representing one of the most brutal subgenres.  So, the question for Tinnon was how can he align that classic style with genuine songcraft and lyricism, while writing about the things closest to him. And the answer was much easier found with Cocchi’s support, who has been a long-standing writer in the band, maintaining the brutal sound of the group.

The duo lead with their differences and found a balance that would satisfy both spectrums of the band, which is evident on two contrasting songs. Just as “Outsider” illuminated Tinnon’s craft and skill for lyricism, “Domination” outlined Cocchi’s and Within The Ruins’ classic sound that would appease diehards.

“Joe brought that to the table with the idea that it was going to be a perfect set or album opener,” Tinnon said about ‘Domination.’ So, I wanted the lyrics to kind of be like a metaphor for like, ‘we’re back, this is just the next chapter in the band.’”

Another criteria Tinnon elevated further was his use of clean vocals, another point for naysayers. But the dynamic was important for Tinnon and brought him back his nu-metal roots.  But it’s still a difficult line to walk in a deathcore band.

“It’s tough,” Tinnon said about the differences between he and Cocchi’s songwriting. “That was probably one of my one of my fears because Tim and I don’t write the same always. But that’s just the nature of being creative and everyone having different thoughts.”

Even with Tinnon’s draw to word-craft perhaps offering a new perspective for the band, he branded Black Heart as one of the darker and most aggressive releases the group has put out.  But with any great work fueled form darkness comes an equal amount of challenge and personal suffering. But this year has taught many artists like Tinnon that real is what connects most with listeners.

“I think it really is the most personal album that the band has written,” Tinnon said. “I like writing stuff that people can connect with. And I hope I never have to write this album again because it was really painful process. But it’s just a little more interesting to me than writing random stories about things that aren’t real. And that’s kind of where I wanted to come from- having lyrics that can be meaningful but still compliment the brutality and speed. I think we did a pretty good job.”

Black Heart is out now everywhere now, and you can grab a special black/red vinyl edition of it here.  Stay tuned on the bands socials to see what other news they have coming up.

Get Black Heart
Vinyl, Digital, or CD
Buy from Amazon 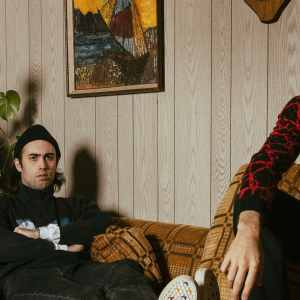 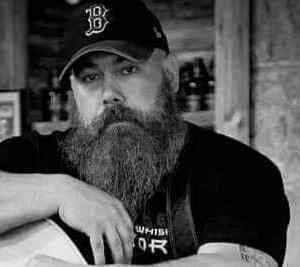