Making music together for 12 years since their earlier group R5, The Driver Era, the alt-pop duo made up of actor Ross— who has starred in Disney series and Netflix’s Chilling Adventures of Sabrina—and his brother Rocky, were already on to the next batch of songs, after releasing their 2018 debut X. Sifting through hundreds of filed songs, and writing some news, the brothers began working on Girlfriend.

“We’re in a continual state of making music,” says Ross “We have hundreds of songs on our drive, and some are more complete than others. It’s more about the songs coming together rather than the decision to make the record, then creating the songs for it. It’s the other way around.”

Written and produced by the brothers at their Los Angeles home studio, Girlfriend reflects the past three years, blending songs revisited from as far back as 2016 and those recently written in 2021.

Girlfriend is fixed on the duo’s intricate arrangements from penetrating croon of “Heart of Mine” and “Leave Me Feeling Confident” and the sweeter soul of “#1 Fan,” singing Just want a chance to try loving you / tell me the ways that I can / say those things that I never do/I’ll be your #1 fan, a track that has a dual meaning for the pair. “When we first started writing this song, my girlfriend [Jaz Sinclair] was also releasing music, and I loved that we aren’t one of those couples that feel like it’s a competition when there are two creatives involved,” says Ross. “It’s also really about being your own number one fan, which Rocky and I absolutely are.”

Showcasing twisting melodies, shifting around the funkier “Heaven Angel” and a sexier strut of “When You Need a Man,” Girlfriend enters another realm on disc two, with the piano intermission of “Plz Don’t Come Around Interlude,” and its reiteration “OMG Plz Don’t Come Around.” Many mixed emotions unravel with the upbeat “A Kiss” and the cascading synth and drums around “flashdrive” and the dreamier “Take Me Away.”

“We feel like a big part of making music is receiving the music, from the spiritual, from another place,” says Ross. “It’s about letting the music live. For some of those older songs, you almost have to serve your past self. This song deserves to come out because of the love that was put into it, and that’s sort of the through-line. They all need to go.”

Rocky adds, “It’s also about no longer making any changes to the song. Sometimes a song has been around for some time, and it’s like a bittersweet goodbye.”

For the brothers, there was a halt and a moment of reset before Girlfriend. “Regardless if you’re conscious of it or not, everything in your world will be reflected in what you’re creating,” says Ross. “In one way or another, the pandemic had an influence on the music, because it had an effect on our relationships. It had an effect on what we were paying attention to.”

He adds, “We were reading a lot at the time and were already big into philosophical ideas, spirituality, vibration, and all that hippie stuff, so it definitely had an effect on the music.”

Filtering through their songs, even the title Girlfriend came to them like a song. “We really like the aesthetic it brings to the record and how it ties all the songs together,” says Ross. “We really think it gives every song greater meaning… A lot of music is about love for another person, so I guess it’s just our way of summarizing that this record is about that.”

Rocky interjects, “And we found the cutest way to say it.”

Delivering one of their most dynamic pieces of work, the brothers say they have never been afraid to experiment. “We actually crave to be surprised,” says Ross. “In the studio, whether it’s with chord progressions, a melody, or even a lyric, anything that’s out of the ordinary really excites us, so we just strive to keep growing and changing.”

Rocky adds, “We pour a lot of love into our music, so above all, we want people to feel the love. If someone listening to the album can somehow have an experience or an exchange of energy, if any form of that comes about, I think we’re happy.” 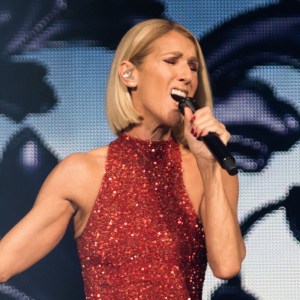 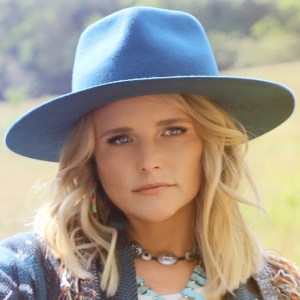