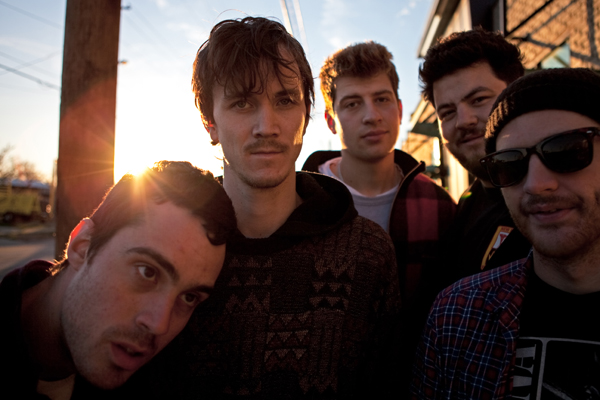 It isn’t easy for a roots rock band with one foot in the grave of traditionalism and one foot in the modern music market to grow, but Celebration, Florida is nothing if not sonically adventurous. With impressionist lyrics, arrangements that won’t sit still, and horns, strings, samples, and electronics all vying for your attention, one thing is clear – this is not your pappy’s Felice Brothers.

Ian isn’t big on explaining his songs, but backstage before their gig at Nashville’s Exit/In, which they’ve traveled to in the band’s trusty, dilapidated white Winnebago, he mumbles a few responses. “[‘River Jordan’] is about feeling displaced, and wondering where the hell you came from, and trying to get back there in some way. It’s about an emotion, I guess. I’m not even necessarily talking about that House of Blues.” When asked if he thought the band would be banned from the national club chain after this, he’s nonchalant. “I’m sure the House of Blues pre-ordered a couple copies of the record,” jokes bassist Christmas Clapton.

To record the album, the band holed up in a Beacon, New York high school, intent on pushing the boundaries of music as far they could go. Recording there meant they could keep their own schedule, and use the school’s locker-strewn hallways to capture the ambience. “It kind of was eerie,” says Clapton, “especially in the dead of night walking around there. It felt like you were in a zombie movie or something.”

Ian lists Miles Davis, Neil Young, and Walt Whitman as examples of artists they drew inspiration from. “We have a lot of influences; not all of them musical. All of our heroes have always experimented and pushed the envelope. They tried to be constantly changing, and I guess not bore themselves.”

Minor keys abound on Celebration, a departure from their folksier days singing about chicken wire and “T for Texas.” One of the new tracks, “Cus’s Catskill Gym,” takes up a familiar Felice Brothers theme: boxing. “I went to the same high school Mike Tyson went to,” says Ian. “I would drive to school everyday, and there would be a big billboard that would say, ‘Welcome to the home of Mike Tyson’ with Mike Tyson’s face on it. You would get a Social Studies book, and Mike Tyson’s name would be in it, because you had to sign your name every time you got it. The trainer that I’m talking about, Kevin Rooney, was a character from that town to. He was kind of a weird guy, and I wrote it from his perspective. It became something I had to get off my consciousness, honestly. So I wrote a song about it.”

Ian describes the song “Oliver Stone” as “a sci-fi journey about decades and lost happiness and stuff. It’s about this friend of Oliver Stone who had a falling out with him for some reason. So, he’s trying to build a machine to find the times that they used to have together because he feels regret for losing his friendship with him. Then, he realizes after all this stuff, that he can never find it.”

The band’s fourth album comes after the departure of drummer (and celebrated fiction writer) Simone Felice, who left the group in 2009, eventually forming the duo The Duke And The King. As for why he left, Ian says it was “mostly because he was having a baby and we tour in a crazy kind of way. He needed to be home with his family.” Ian maintains that the split didn’t put a strain on their relationship. “We’re best friends. We’re brothers. We love each other. It’s a completely mutual understanding.”

Soon after the band gets done rocking the Exit/In, they’ll board a plane for a 14-hour flight to Australia, their first time playing down under. What the future holds for the Felice Brothers is unclear; but the present just got a lot more interesting.