Everyone has gone through a breakup where they start to see inescapable hints of their ex everywhere they go. In Addie Sartino’s case, she felt that she couldn’t escape every Nissan Rogue on the road, thinking that each make and model she drove past could have her ex-girlfriend inside.

Sartino, the lead singer of The Greeting Committee, laid her heart out on the line in the new single “Can I Leave Me Too?,” released June 10 ahead of their upcoming album. The song, sparked by a demo from bassist Pierce Turcotte, was written about dealing with the aftermath of Sartino’s breakup from her girlfriend Elise and how the experience of rejection led to serious personal doubts.

Why does everybody drive the same car you do? / I’m scared of myself without you / I’ll change my ways for a few days if it means you’ll stay / I’m filthy, clingy, and creepy for you always, Sartino sings in the very relatable opening line.

When asked how that line came to be, Sartino tells American Songwriter, “That was a note I had in my notes app [on my phone]. It’s a very impactful first lyric to have. And I also think there’s a lot of humor in that line or I think everyone has gone through a breakup that has felt that. That line just cracks me up. But it also hurts.”

Although Sartino, who has since gotten back together with Elise, relives the hurtful experience of the breakup every time she sings the lyrics, she finds that belting out the song is actually more cathartic than painful. Remembering the vulnerable experience of playing the demo for Elise the first time, Sartino recalls, “[Elise] would pat my back and she’d be like, ‘Get it out,’ rolling her eyes at me. And she’s really supportive of allowing me to have this outlet and to share it, because our second most popular song, ‘Elise,’ is also titled after her. A lot of our fans are pretty invested in our relationship.”

While “Can I Leave Me Too?” is about Sartino’s breakup, she sees it more as being about herself and her personal revelations. “I think that the song, as much as it is about my breakup with somebody else, it’s mostly about me, and the way that I felt in that feeling—knowing you’re being pathetic and being creepy,” Sartino adds.

In addition to the single, The Greeting Committee released a music video, featuring Sartino attempting to get through the mundane tasks of sleeping through the night and brushing her teeth in the morning. It shifts from day to day, showing how healing isn’t a linear process as Sartino struggles to complete these basic labors. The jagged, choppy camera angles also emphasize the discordance in Sartino’s life, as she tries to pull herself back together.

The initial music video was going to end with Sartino flying a kite amongst blue skies, but Sartino rejected this idea with the aforementioned thought in mind. “That’s too hopeful. It’s too happy,” she shares. “This song… we shouldn’t get there yet. We’ve got a long ways to go before we get to be hopeful, so I would say ‘Can I Leave Me Too?’ definitely ends on a [note of] desperation.”

You can listen to “Can I Leave Me Too?” below. 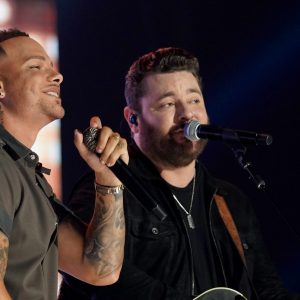 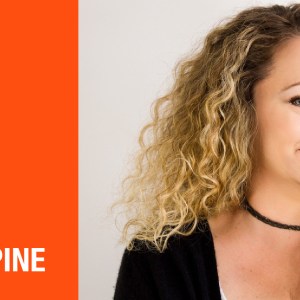