One would think the meaning behind the catchy theme song of the hit sitcom Cheers would be … well, cheerful. When it comes to “Where Everybody Knows Your Name,” the tune is one tinged with melancholy and riddled with hard luck.

But when that opening twinkle of piano keys fluttered through living rooms every Thursday night, it was impossible not to feel a sense of belonging. There was a camaraderie in the lyrics, setting viewers up to fall in and out of love with Sam Malone. Every eye prepared to roll in Cliff Clavin’s presence, heads were ready to ache listening to Dr. Frasier Crane, and mouths were poised to yell “NORM!” at the sight of Norm Peterson in the doorway of the Boston watering hole.

Intimate and tender when compared to the upbeat urgency of other ’80s sitcom themes, the Cheers song became an ode to the everyday, down-and-outer, holding in its words the glimmering promise of a place where everybody knows your name.

What began with a for-theatre tune became the iconic TV theme we know today.

Written by Gary Portnoy and Judy Hart-Angelo, “Where Everybody Knows Your Name” was born from the pair penning the score for a musical, Preppies. As recounted on Portnoy’s website, the production’s opening number, “People Like Us,” attracted the attention of Cheers‘ producers who were searching for a theme song.

“The producer told Gary and Judy that all they needed to do to seal the deal was re-write the words to ‘People Like Us’ and make the new lyrics relate to a bunch of likeable losers who populated a certain bar in Boston,” the website reads.

Several of their attempts at rewriting the perfect theme were rejected, but the creators of Cheers were convinced Portnoy and Hart-Angelo were the people for the job. “Despite this vote of confidence, Gary Portnoy and Judy Hart were losing hope,” the site explains. “Even with all the encouragement that they were getting from the powers-that-be at Cheers, the bottom line was that everything they had written since ‘People Like Us’ had been rejected.”

Discouraged and lacking confidence, Portnoy found himself playing around on his keyboard one day, absentmindedly fiddling around on the keys like a barfly would at some smoky late-night haunt. That’s the moment the melody came and the iconic words followed.

Making your way in the world today / Takes everything you’ve got, begins the theme about the cards life deals and the places you go to find solace. Taking a break from all your worries / Sure would help a lot / Wouldn’t you like to get away?

The theme song would normally explode into the chorus, but there is more to the tune as it depicts the struggling and the downtrodden with a kind of care and understanding that can only come from shared experience. All those nights when you’ve got no lights / The check is in the mail / And your little angel hung the cat up by its tail / And your third fiancé didn’t show, the song continues before the uplifting chorus.

Those iconic lines illustrate perfectly the reason the world has its neighborhood bars and nightly staples. You want to be where everybody knows your name. The song heaps on hard times with Roll out of bed, Mr. Coffee’s dead / The morning’s looking bright / And your shrink ran off to Europe and didn’t even write / And your husband wants to be a girl, but you can Be glad, there’s one place in the world …

In 1991, the cast of Cheers made a surprise performance of the theme song on Saturday Night Live, crashing the night’s host, the late Kirstie Alley’s, opening monologue. Watch the moment, below. 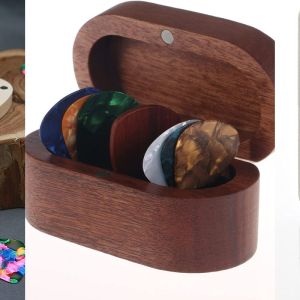