It was a mild ballad about heartache and love’s shortcomings that garnered the Eagles their first No. 1 single on the Billboard Hot 100 charts and their first chart-topper in the Adult Contemporary. Ever since, “Best Of My Love” has endured as a standard.

“Adult Contemporary” may sound like dirty words to hard rock purists, but the bands that find a home in that classification are by no means soft. The Big Lebowski be damned.

The Eagles are rock and roll to their core, but can still wear “easy listening” as a badge of honor. In fact, they have built a career on it—combining rock, country, and folk for a free-spirited, free-range sound that defined ’70s California rock. Some of the band’s most enduring hits, like the 1972 classic “Peaceful Easy Feeling,” “Lyin’ Eyes” from 1975, and “Seven Bridges Road” (1980), have all graced the Adult Contemporary charts and the band’s rock status still very much intact.

[RELATED: 5 Deep Cuts From the Eagles That You Should Be Listening To]

“Best Of My Love,” off their 1974 album On the Border, has been a lasting example of the band’s ability to strip back their sound and still maintain the essence of the Eagles. The song is a lazily acoustic, beautifully harmonious, deeply emotional track punctuated by oh sweet darlin’s. However, the tune doesn’t harbor the sweet testament of affection that the title suggests.

Join us for a look inside the meaning behind the Eagles’ “Best of My Love.”

According to the band’s drummer and vocalist, Don Henley, a good portion of the lyrics were written at a restaurant. It was in a booth at Dan Tana’s in Los Angeles that Henley, fellow bandmate Glenn Frey, and songwriting companion J.D. Souther spent time people-watching over libations.

Marc Eliot’s book, To the Limit: The Untold Story of the Eagles, claims the “Best of My Love” lyrics were partly inspired by Henley’s break up with his then-girlfriend, but they were mostly the product of those hours spent in Dan Tana’s. The maître d’ of the establishment, Guido, was even thanked in the liner notes of their 1974 album, On the Border, to which this song belongs.

In conversation with director Cameron Crowe, Henley explained that during those days, they were “typical, frustrated, young men.”

“A lot of the lyrics were actually written in Dan Tana’s at a booth we liked to sit in, on the front side of the bar area. J.D. Souther wrote the bridge and it was perfect,” Henley shared with Cameron Crowe. “That was the period when there were all these great-looking girls who didn’t really want to have anything to do with us. We were just scruffy new kids who had no calling card. We could be cocky at times — which was really just a front — but we weren’t very sophisticated or confident. We were typical, frustrated, young men.”

He continued, “We knew ourselves even then … Even in our immaturity, we had some insight into our flawed little characters.”

“Glenn found the tune; the tune I think came from a Fred Neil record… We were working on that album (On the Border) and came to London,” J.D. Souther said of the tune in 2009. “The three of us were writing it and were on deadline to get it finished. I don’t know where we got the inspiration.”

[RELATED: Revisiting the Meaning of the Eagles’ Hotel California as We Head Into 2022]

“I was playing acoustic guitar one afternoon in Laurel Canyon, and I was trying to figure out a tuning that Joni Mitchell had shown me a couple of days earlier,” Henley shared with Crowe. “I got lost and ended up with the guitar tuning for what would later turn out to be ‘The Best of My Love.”

“Best of My Love” has been a popular hymn played at weddings, however, there are no happy endings in this tune. Opening with a sleepless night, the song immediately chronicles a relationship on the rocks.

Depicting a couple who have given love their best shot, from the very beginning, the song hints that things won’t work out. The chorus plays:

I give you the best of my love. The line is like a punch to the gut as you can feel the sincerity, and yet the desperation, in the narrator’s words. Visions of the relationship continue to disintegrate as the song goes on.

You see it your way / And I see it mine / But we both see it slippin’ away. Watching something end, seeing the thing you poured your heart into withering before you, is heartbreaking. The song encapsulates that feeling as the narrator dreams of a time when things were okay only to wake up to reality. The reality that, in the end, the best of his love wasn’t enough. 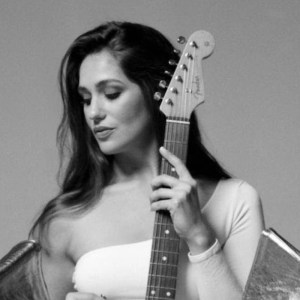 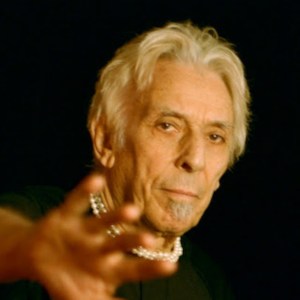