We live in strange times. Consumer goods are flying off the shelves faster than ever, yet an entire generation of young people are stricken with anxiety and depression. While Elon Musk is the richest person in the history of the world, so many are struggling to just barely get by. And while the stock market hits all-time highs, small businesses are shutting down left and right.

In this period of simultaneous excess yet existential struggle, it is worth revisiting perhaps the greatest song ever written about the duality of the American experience and the human condition: “Hotel California” by The Eagles.

What was the original inspiration for “Hotel California?”

It all started with Glenn Frey wanting to do something strange, just to see if he and the band could. So they turned to a hazy and nightmarish novel written by John Fowles in 1965, called The Magus, where a depressive yet eager young wanderer with nothing finds himself charmed by a wealthy Greek recluse whose powers of splendor and decadence end up detaching the young man from reality as he knows it, resulting in tragedy and loss.

The same novel is said to have inspired David Fincher’s 1997 film starring Michael Douglas, The Game.

So what is the true meaning of Hotel California?

The same narrative arc found in The Magus, going from sincere idealism and earnest curiosity to a sense of darkness and despondence, runs parallel to so much. Like coming of age and the loss of innocence. Or the sparkling allure of golden age California’s dashing but dangerous lifestyle of cash and drugs. Or the energetically revolutionary but eventually fleeting spirit of the 1960s. And maybe even the entire American experience.

You start with nothing. It all looks so good! Then you get everything. And you get crushed under the weight of everything’s excess. What was it all for to begin with?

So “Hotel California” is a sort of broad allegory for rising and falling? Maybe.

Here is what the band members themselves have said about the song’s meaning:

But of course, all of those things are hard to put your finger right on. And maybe that is why the song has been interpreted in so many different ways over the years. When art so perfectly reflects the experience of life, it can be about everything and one specific thing at the same time, depending on the consumer of the art. Like a sort of lyrical Rorschach test.

The song’s true meaning, like life itself, is elusive. And maybe that is exactly the point.

What does “Hotel California” have to say about modern times?

Even if the exact meaning of “Hotel California” is subject to some degree of individual interpretation, there are certain themes deeply imbued in the song. Chief among them is the danger of excess.

California. America. Rock and Roll. The 1960s. Even The Eagles themselves. All have suffered from excess in some way, whether it be drugs, wealth, success, and even a desire for change.

As it is today, we find ourselves locked in a time of extremes. No middle ground. No moderation.

If “Hotel California” has anything to tell us about modern times, maybe it’s that we need to take things down a notch. Don’t get too high and don’t get too low. Focus on the little things in life. The things that matter most. 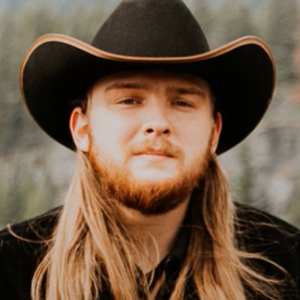